With just over one month left before we get a brand new game in the Call of Duty franchise in Black Ops 4, the fourth and final DLC has just touched down on solid ground. Hot on the heels of some big additions to Call of Duty:WWII, like the new Commando division, Shadow War looks to add a bit more variety to WWII. Following what has been a fairly solid showing of DLC content so far, will Shadow War be the home run we’ve all been waiting for? Let’s find out.

Sledgehammer is back with another round of all-new multiplayer maps and while they haven’t exactly revamped the DLC formula I’ll be the first to admit that I much prefer being given three entirely new and exciting multiplayer maps and a new War map, instead of an addition of a fan favorite remake. Though some may not share my view on this, it feels like we’re getting more bang for our buck.  The three multiplayer maps on offer in this final Shadow War DLC are Airship, Excavation, and Chancellery, which are joined by a new War map called Operation Arcane. Lastly, the final chapter for Nazi Zombies has arrived and it’s just as dark and twisty as you’d expect. Excuse the pun, but some might even say The Frozen Dawn is a chilling experience.

Airship is a gorgeous map set atop a mountainscape that will have you vying for the perfect vantage points. It can’t all be wide-open spaces however, with a plethora of buildings and areas offering cover littered all around the map. Though it’s hard to argue with the fact that Airship tends to heavily favour snipers, this multi-laned map offers a little something to every type of player. Whether you’re a flanker or a run and gunner, there are paths along either side of the map, allowing you to make quick work of those who choose to camp in their spawns or in the airship on the side of the map. If you’re looking for the most well-rounded map of the DLC, you’ll find it here, high up in the snowy Alps.

Now if you’re looking for something a bit more down to earth, you might want to check out Excavation. This map, based in Algeria, is exactly what it sounds like, an excavation site full of money and other interesting loot strewn across it. Unlike Airship there’s a resounding dreariness to it that speaks to the time period and the horrors of war. This is a traditional three-laned map that features a hectic middle lane inside of an underground bunker of sorts. While this may be the safest place to hang out if you’d prefer not to get your head blown off by the sniper lying in wait, it’s a safe bet you’ll encounter every run and gunner from the other team here. Thankfully, if you wanted to try your luck at flanking the campers, you can take your pick from either side of the map, just make sure to keep an eye out for those perfect little sniping perches.

Unlike the two other maps of this Shadow War DLC, Chancellery takes a very different approach to map design. Though maybe the most authentic looking war-torn map of the three, Chancellery lacks any sort of reprieve from the fires burning all around it. If you’re lucky enough to get to one of two vantage points that overlook the courtyard, don’t be surprised if you’re dead two seconds later from a sniper. It’s really the name of the game here, so if you’re not the quickest sniper out there, you’ll likely have more luck trying to run around the map. The problem here is there are two very different possibilities you’ll encounter with this large map. The first, you’ll run around without seeing anyone, and the second, you’ll turn around a corner and get shotgunned in the face. Chancellery is a bit too complex making it the most frustrating of all the multiplayer maps on offer here. As much as I’d like to give it a thumbs up, the entire map is just a tangled mess. 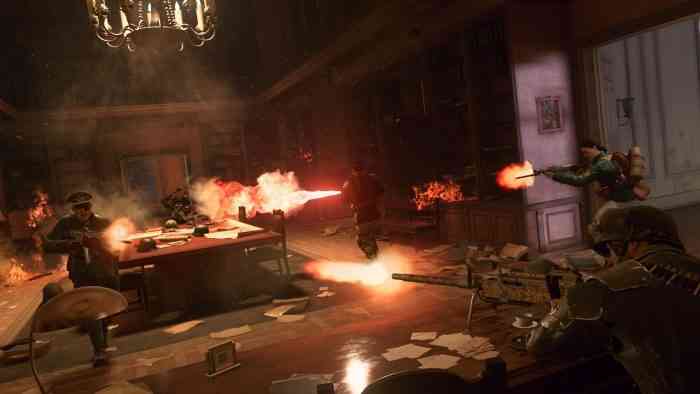 War gets a strong addition in Operation Arcane though as the name suggests, there’s a bit of ‘magic’ to be found here. Sticking to the same formula we’ve seen since the addition of the War game mode, Operation Arcana will see you destroying an objective, capturing an objective, and escorting a tank through enemy territory for the ultimate glory. Though it’s not anything too different than we’ve seen thus far, it seems the developers were really itching to change it up just a little bit. Here’s where super soldier serum comes into play. In a move I found rather befuddling, Sledgehammer has added this cool ability where instead of picking up trip mines to help defend the objectives, you can use this serum to enhance your abilities. If you decide to use this serum, your weapon will be replaced with a sword and though you’ll have a bit of extra health, you’ll have to run across the wide open spaces of the battlefield to try and kill players on the enemy team. Rather than feeling like a super soldier I felt like I was handed a death sentence. While I can appreciate the little switch up to an otherwise fairly tame game mode, it just isn’t the defence you want or need in a game of war. With that said, it really is fun being on the flipside of the serum, killing all that decide to take it for spin.

And speaking of killing, The Frozen Dawn brings a whole new and exciting way to destroy all zombies in sight. Regardless of whether you like a complicated zombies experience or you prefer something a little more laid back, you’ll find the beauty in the final chapter of Nazi Zombies. One thing is for sure, this is a spooky addition straight out of the pages of a cultist novel. Though I tend to favor a simpler zombies experience, where pack-a-punch is but a hop, skip, and a jump away and the focus of the adventure is in killing the ugly beasts that try to kill you any chance they get, I definitely had my fair share of fun here. After spending hours and hours trying to complete the easter egg with my husband, I can definitely appreciate the complexities and craft that went into building such a map. Whether it was running around balls to the wall killing zombies or crafting all of the ancient weapons one by one in order to kill the big bad at the end, this was a damn good time. While I don’t want to spoil anything here, it’s quite the perfect ending to a damn good time not only with this zombies experience but all of the previous ones as well.

Not only does this Shadow War DLC offer a complicated, dark, and genuinely fun conclusion to Nazi Zombies, it also rounds out the multiplayer game modes quite well. Despite a few weird choices in the latest War map and a multiplayer addition in Chancellery that makes it hard to run around in, this final DLC is a nice little nightcap on a fairly solid Call of Duty experience in WWII overall. In fact, it’s the strongest one of the entire game. 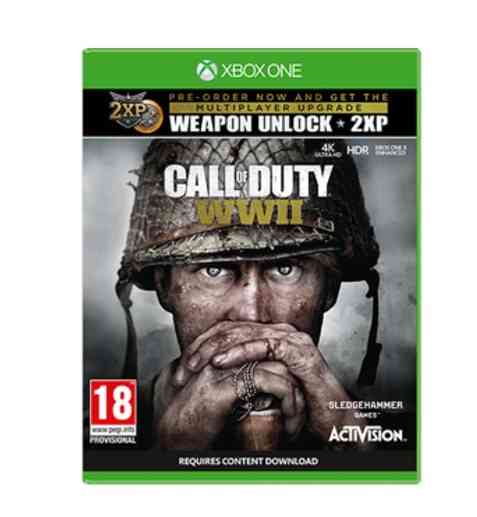