Grinding is a pretty delicate balance in games. If you include too much, or not enough, or the wrong kind, you can really throw people for a loop. Blightbound upsets that careful balance, but only slightly. But that’s all it takes! If the pacing, or the difficulty, or the drop rate fall out of sync, you can end up in a nasty slog. All the separate pieces are present, they just don’t hang together quite right, at least not for me. Whether this same ingredient list makes you a complete meal is another matter altogether.

The story is a bleak one. The death of a terrible foe released a noxious miasma, one that consumed the land. It’s your task to push back this blight, so that the remaining humans can survive another day. I think? The trouble with narrative in action RPGs is that it’s designed to be pushed aside. Things like exposition and worldbuilding are tucked away, so they don’t interrupt the gameplay loop. Flavor text is buried in menus and other popup screens. On top of that, this is exclusively a multiplayer experience. You’re hardly given a moment to breathe, let alone pore over backstory and lore. The more accurate assessment would be that the story feels like a bleak one, based on my clumsy gleanings. Since the actual story is kept on a shelf somewhere, the environmental storytelling has a lot of lifting to do.

A World So Deeply Damned

It’s here that Blightbound shines a bit brighter. The world you’re introduced to is fantastic yet cruel. Unique abominations crawl through hellish dungeons. Ageless artifacts rest in dusty tombs under bruised and murderous skies. Every hero you find, every monster you meet, and every boss you slay is in service to this aesthetic. Rather than a wall of text, you’re taught this world’s lessons through visual aids. The endless dead, the tremendous magic, and the dread guardians all teach you just what this world is like. That and the battles. 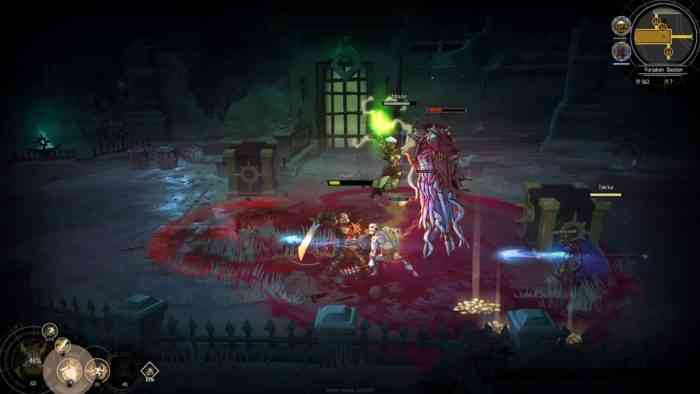 For better or worse, the combat in Blightbound is enlightening. These are dances of cooldowns and kill zones, charges and backstabs. My copy of the game crashed only once – when I tried to run the tutorial. Which it turns out I didn’t need at all. So long as you’re cycling through your cooldowns and always moving, you’re more or less good to go. That doesn’t mean the game is easy! You can noodle out the process long before you master it, so to speak. Plus, playing your active role (healer, tank, DPS) keeps the action nice and brisk. The actual combat experience feels great – at least at first.

Plowing through monsters and solving puzzles is awesome, but it boils down to the bones a bit too quickly. It wasn’t long before my enthusiasm took a fatal dip, and I’m struggling to articulate why. You’ve got a healthy roster of heroes to choose from, combat is fast-paced and intense, and the aesthetic has some major hooks. But there’s no narrative to string you along. You don’t have a world you can actually explore, just a single screen hub and a disconnected series of stages. Even the levels themselves are a narrow maze of rooms, beautifully crafted but basically laid out. There are all these threadbare sections left for players to fill in with organic multiplayer moments, you see. What I see as deficiencies are actually opportunities for player-directed content to manifest.

Bring A Friend Or Two

Important caveat time! I made multiple attempts to connect with strangers for proper multiplayer sessions. All of them failed utterly, no matter how long I waited. This is likely a side effect of the matching system working as intended. Under ordinary circumstances, I’d have tons of people to link up with for games, but we’re in the pre-release phase as I write this. So it’s pretty lonely out there at present. Because of this, I can only make a handful of predictions with any sort of confidence. One: playing with a good crew will make a measurable difference in the pace of individual battles. Three people performing their roles well will have things running butter smooth, even in the much tougher battles. Two: the presence of other players will not solve most of the content issues. Players will still be faced with the same overall gameplay loop, one that relies on repetition and distant goal posts. That’s it!

When a game is all about repetition and growth, the formula has to be precise. Too much time between battles, a slow rate of growth, or any stumbles in the combat balance can blow the whole deal. This isn’t an objective judgment, either. Me washing out of Blightbound is no indication of whether or not you’ll do the same. Still, it’s important to know what you’re getting into. Perhaps the high tension cooldown/charge loop will be enough to compensate for a somewhat threadbare presentation elsewhere. There’s an entire crafting/shopping/customization system I failed to mention. Like the battles and the story, it grows slowly, developing over dozens of hours into something tangible and potent. If my description of the core gameplay loop has you curious, check it out! But if a quick glance at the trailers and the streams has you wondering what you’re missing, maybe save this adventure for another doomed warrior. 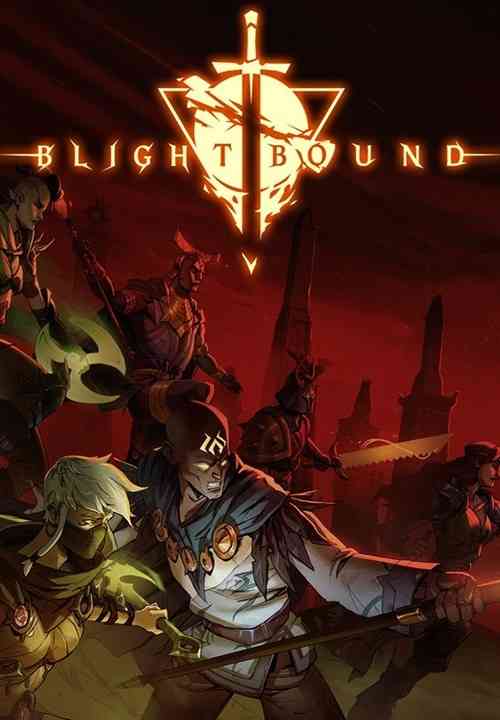