Call of Duty: Black Ops 3 Salvation Review – IW Has Their Work Cut Out For Them

Another season of Call of Duty DLC is in the books. Salvation, the fourth DLC pack for Call of Duty: Black Ops 3 arrived on the PS4 last week and just like the previous COD DLC’s before it, Activision hasn’t strayed from its best selling formula. With Salvation you get another Zombies adventure, and four new multiplayer environments; nothing more, nothing less. It is certainly more of the same in some regards as Salvation doesn’t exactly innovate with any new gameplay mechanics. That said there is no question Black Ops 3 DLC season has ended on a strong note as Treyarch drifts into hibernation as they begin working on their next Call of Duty assignment.

The highlight of Salvation is “Revelations”, which is the final chapter in the Origins Zombies saga. It is a terrific finale, but I will get to that further below. Most Black Ops 3 Season Pass holders; however, are usually clamouring for more multiplayer maps. Salvation is loaded with 4 well thought-out maps that take you from a re-imagined western style map from Black Ops 2 to a map that makes you feel like a shrunken character from the movie “Honey, I Shrunk the Kids”.

“Salvation is loaded with 4 well thought-out maps that take you from a re-imagined western style map from Black Ops 2 to a map that makes you feel like a shrunken character from the movie “Honey, I Shrunk the Kids”.”

“Citadel” was my first stop and despite not being the popular choice in the lobby, I really enjoyed this map. It takes place in an abandoned ancient castle and will instantly remind you of some of those classic maps from the older Wolfenstein games. It features tight corners for close-quarters engagements, but also has long hallways and a drawbridge that opens up some opportunities for long range rifles. There is really something here for everyone and it’s one of the reasons why I feel this map is one of the more underrated ones in this DLC.

“Micro” is easily one of the most unique Call of Duty multiplayer maps I have played to date. I call this the “Honey, I Shrank The Kids” map as everyone has been shrunken down to the size of ants in amidst a giant picnic. In this map, you’ll sprint by massive donuts, pizza boxes, condiments and other items you would typically see in a picnic. It is crazy and ridiculous but it works. Playing Safeguard in this map is a blast and I can easily see this map becoming legendary Black Ops 3 map.

“Outlaw” is another beautifully detailed map with a western style theme. You would never know it was a re-imagined map by playing it either. Those of you who played Standoff from Call of Duty: Black Ops 2 may recognize this but I didn’t at all as it’s been completely redone from the ground up. It is a medium sized map which is perfectly suited for games like Uplink and Safeguard. The detail is quite remarkable in this map. I just wish the action wasn’t so intense, otherwise I’d have more time to just look around. 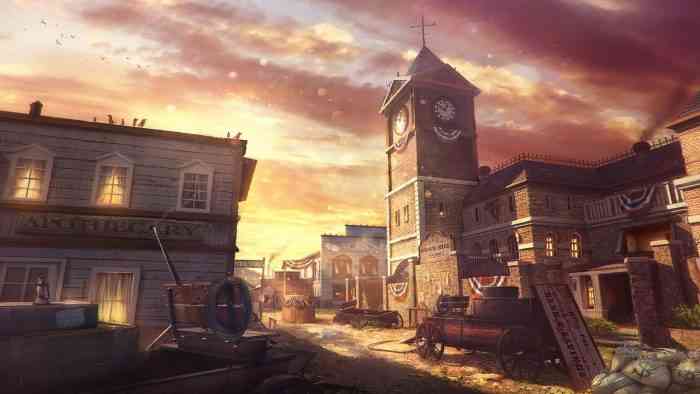 Usually CoD DLC only features one re-imagined map but this time we get two. “Rupture” is a map from Call of Duty: World at War that takes place in a high-tech facility. This map has a familiar feeling to it and although there is barely anything really special about this map, it did deliver some intense matches. This mostly outdoors map has some bright spots but it probably the weakest offering in this batch of DLC. It just feels a little drab and forgettable.

Last but not least we have “Revelations” which is the final Zombies installment in Black Ops 3. If you are a hardcore fan of the mode, right away you’ll notice how hard it is this time around. If the zombies themselves aren’t tough enough, all the Easter eggs seem next to impossible to discover. It is frantic and intense but frankly it is everything we could have hoped for when it comes to a solid zombies map. In this final chapter of the Zombies experience you come face to face with the mysterious Doctor Monty in The House and subsequently by an ancient evil. It is all about survival and teamwork. I still suck at it but hot damn I love this mode and Revelations doesn’t disappoint.

Treyarch has once again given fans what they have come for and that is some meticulously detailed maps that give Black Ops 3 some legs until the next installment in the franchise arrives. Call of Duty: Black Ops 3 Salvation finishes with a bang as there are no true stinkers in this collection of maps. Infinity Ward clearly have a tough act to follow with Infinite Warfare as Treyarch appear to have cemented themselves as the kings of developing CoD multiplayer maps. 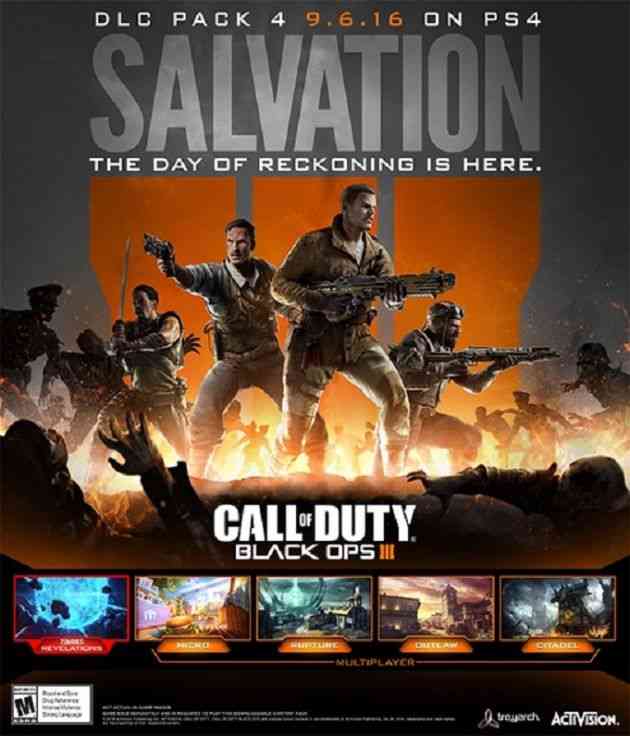 The Terminator Heads To Call of Duty In Its Upcoming Mid-Season Update
Next Mother Russia Bleeds Review – In Soviet Russia, Game Plays You
Previous NHL 17 Review – Like Ovy and Kane, EA’s NHL Still Has The Moves