Oh, how I long to lead a squad of digital mercenaries through white-knuckle adventures. It’s the ultimate video game-high. You get to feel like a badass warrior and a strategic mastermind all at once. So I was all in with the premise of Black Legend – a game that asks you to battle a cult through the streets of a foggy European city. Unfortunately, while there are some intriguing tactical battles to be had, Black Legend is a game in which the style undermines the substance.

The first thing I noticed about Black Legend is how hideous of a game it is, but I didn’t want to let that drag me down. There are a slew of fun tactics games to be found if you are willing to overlook some graphical shortcomings, and I have fallen in love with some very primitive-looking games after giving them a shot. So I was ready to be convinced, even if the first things I noticed were the game’s washed-out color palette of greys and browns.

After some time with the game, though, I doubled down. You see, the ugliness rears its head twice over in the planning and execution. Black Legend takes place in the city of Grant, which seems to be in Medieval France. That means a lot of gothic architecture, cobblestone streets, and spiky iron fences. It’s an extremely overrepresented aesthetic in video games, and Black Legend doesn’t do a lot to convince you it’s approaching from a new angle. But, then, on top of the uninspired setting, you have to overcome the fact that the whole thing looks like a PS2 era creation. There are worlds wherein their foundations are built upon in this way as an intentional approach to the material. But here, it really just seems to be the limitations of time and money. 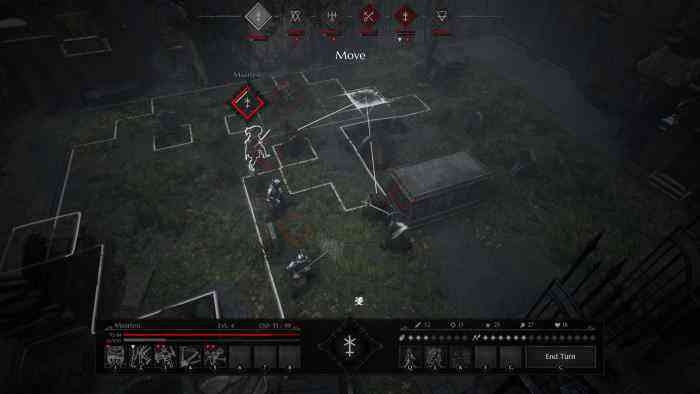 And that’s too bad because I dig the story of Black Legend. It’s steeped in creepy alchemy stuff. The head of the evil cult you are battling is named Mephisto, and his hold over Grant is mind-bendingly supernatural. Even if rendered in low-resolution textures, that’s a story that some bold pulpy visuals could back up. A splash of color could be nice. Maybe some ostentatious hats. Anything to help me remember playing this game. As it stands, I find myself looking up every detail to remind myself that yes, I do have the names of all the people and places right.

You’ll Have My Sword

Where things look a little better for Black Legend is in the actual fighting. This is a turn-based tactics game, where positioning on the grid is critical. You get bonuses based on which direction your target is facing, and you can compound that bonus by surrounding the bad guys with your own men. There’s also a well-implemented job system, which allows your characters to learn the special moves of various classes. After a few levels of mastery, you can mix and match an archer with a mercenary and build a hybrid combination fighter. 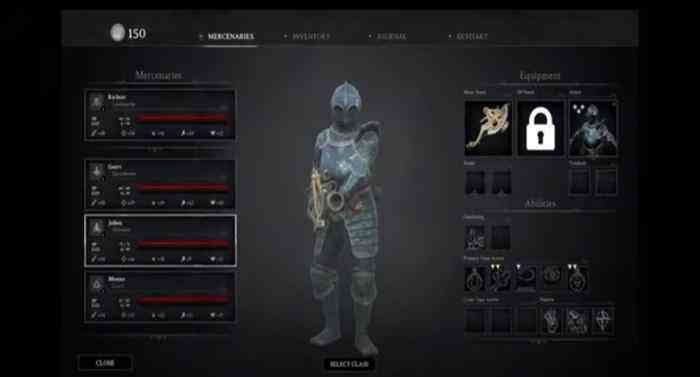 On top of this system is the game’s cleverest innovation – combat alchemy. Every attack is color-coded (red, black, white, or yellow) and has a cool alchemy-themed name like ‘Rubedo’ or ‘Citrinitas.’ If you hit a target with a “catalyzing attack,” you can combine the different alchemical elements to deal oodles of damage. There was a bit of a learning curve, but once I figured out how to read the color-coded icons, I found myself playing much more intentionally. You need to make sure you have multiple complementary colors represented in your party to maximize effectiveness – a fantastic design choice! Most importantly, this system was strong enough to change how I built my party and developed strategies.

But again, things that should be superficial work to undermine smart design. I’ve enjoyed games with less sophisticated animations, but Black Legend makes combat a chore by drawing out its long and repetitive combat moves. I enjoyed stacking up different color triangles to earn satisfyingly huge amounts of damage, but I found myself avoiding combat encounters to get to the next story sequence. This isn’t because of something wrong with the combat, but because I knew fights would slow the game down to a crawl.

The rise of indie PC games has brought a new golden age for this kind of turn-based strategy. That environment has led to more experimentation within the genre than I would have thought possible. In leaner times, I might have recommended Black Legend. It’s the kind of game I would have been given as a gift by a well-meaning relative who knew my predisposition towards creepy medieval stuff and challenging strategy. And as a kid without a lot of money to spend on gaming stuff, I would have overlooked Black Legend’s flaws and put an insane number of hours into it. 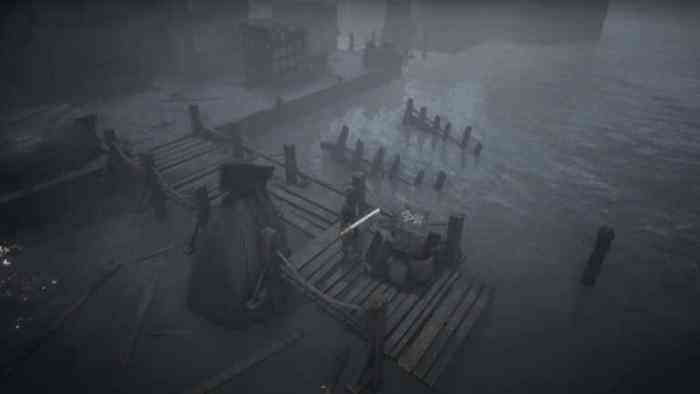 But, now, there are other turn-based strategy games. You can assemble a squad of mechas, a coven of mages, an elite military unit, or even a heavily armed pig and duck. You can fight aliens, fish-men, soldiers, pirates, and existential dread. What I mean to say is that I like the ideas in Black Legend, and I applaud the devs for remaining true to their vision. Although, this is an environment with stiff competition, and it wasn’t long before I felt my attention being pulled elsewhere. Black Legend will doubtlessly have its fans, but the magic simply isn’t there. 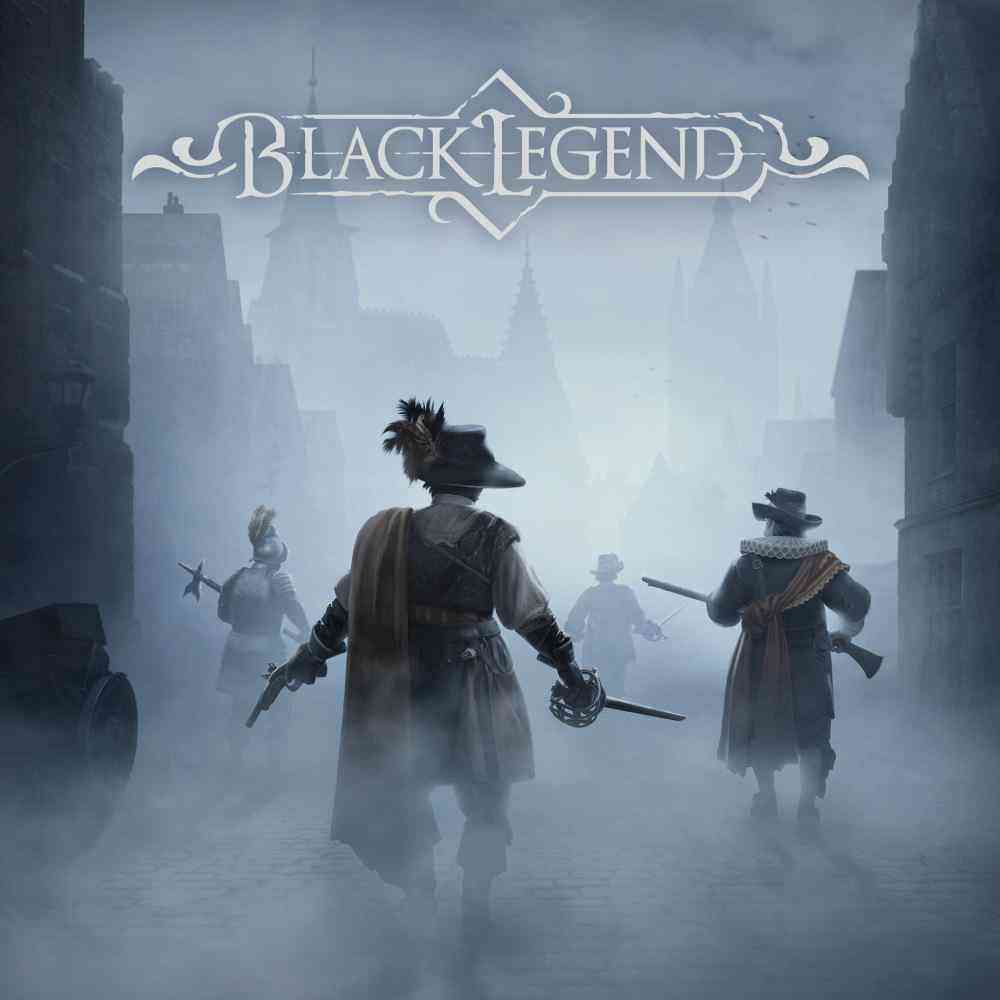 
The Three Best and Worst Games of March 2021
Next Story of Seasons: Pioneers of Olive Town Review – That Familiar Farmer’s Grind
Previous Gnosia Review – Human or Gnosia? You Decide