Binary Domain may look like your standard, futuristic shoot ‘em up but it comes with two distinct features that Sega hopes will set it apart from other shooters.  A little bit Blade Runner, a little bit Terminator, Binary Domain’s game play underwhelms but if you are looking for an interesting and engaging story, you may want to want to check this one out.

Set about 70 years in the future, Binary Domain tells a story of a multi-national effort to stop a corporation from producing humanoid robots.  These robots blend into the population so there is no telling who is human and who is a robot.  It is an interesting story that plays off several movies such as AI and the aforementioned Blade Runner and Terminator. I’m not in the business of playing spoiler but with plenty of twists and turns the story is actually one of the more engaging ones I’ve played in any shooter as of late and actually turned out to be the high point of this title. 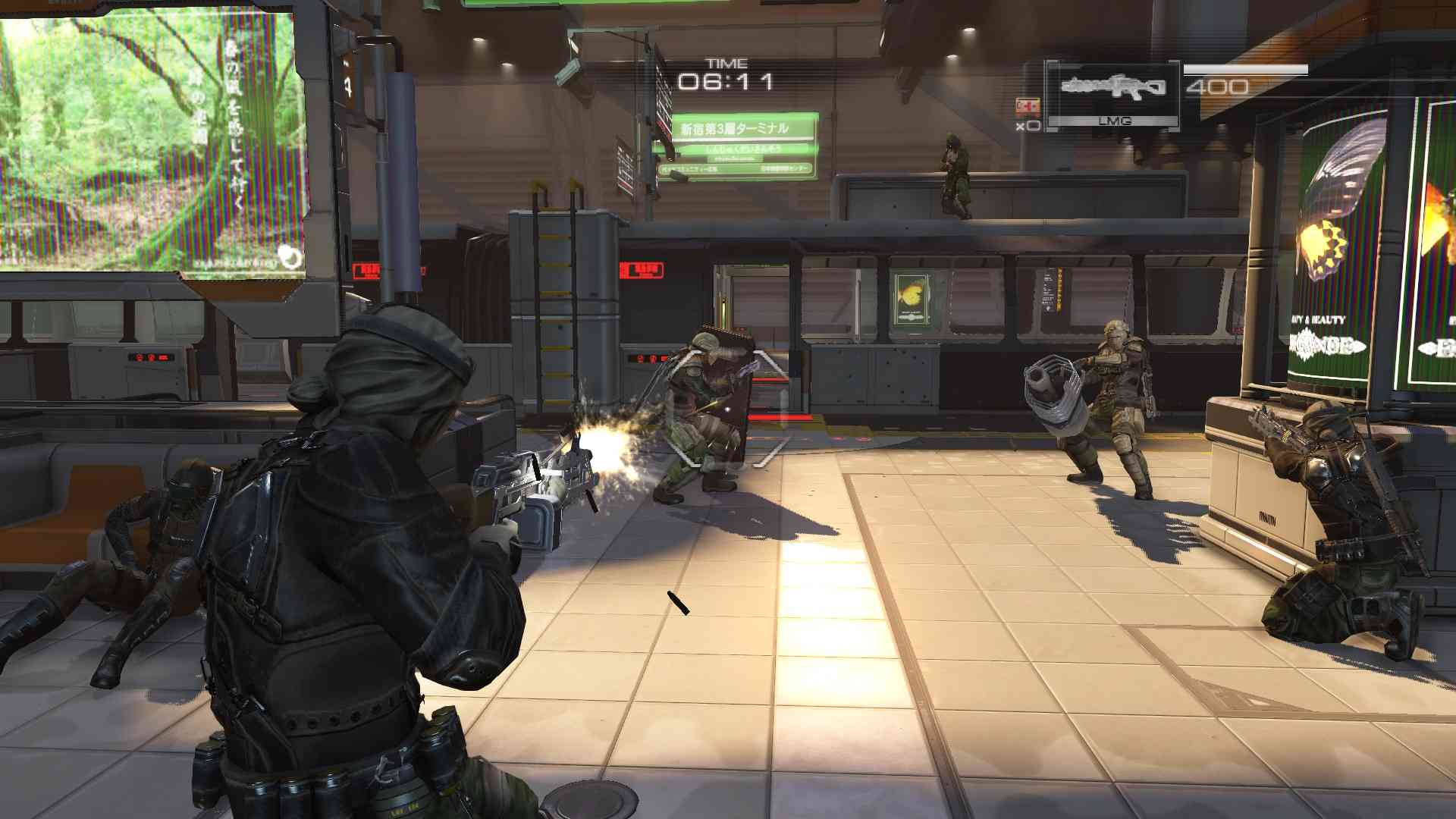 The first thing that Sega does to set Binary Domain apart from other games is by implementing a trust system between you and your AI squad mates.  Being part of a multi-national force is a logical setting for this dynamic to play out.  Keeping the trust of your squad mates is important factor in the game.  It is an interesting concept for a shooter but for the most part it is limited to the points between fire fights.  In an RPG-like fashion you can choose your response.  While some games will not allow you to fire on your squad mates, friendly fire matters in the game.  It is a bit unrealistic that you can light up a squad mate with full clips without them taking damage.  But when hit, it negatively affects the level of trust between the two of you.  This might sound like a neat dynamic here but it does not translate perfectly in practice.  All too often your mates will run directly into your line of fire.  Forget about getting a shot in if you’re in a tight hallway!  This gets frustrating quick.

The second feature is voice control.  Using a head set and microphone, you can use your own voice commands to either control the actions of your squad mates during a firefight or be used to manipulate the trust system.  During firefights, basic voice commands can be issued to attack, cover, regroup and such.  It is a bit of a task at the best of times to get the game to properly recognize your commands, especially if you have the volume cranked up a little bit.  The voice commands during breaks in the action work a bit better since there is less ambient sound in the game.  Fortunately you can turn the voice options off all together and just used the LB button to bring up a response prompt where I could choose a preset command with one of the face buttons.

The gameplay itself is standard third person, stop-and-pop fare that Gears of War made popular.  The problem is that the gameplay just feels so familiar.  The cover system works well enough and the controls are adequately responsive but it just feels like you have and ‘been there and done that’.  There are several vending stations conveniently placed along your path that allow you upgrade your weaponry much in the same way as Dead Space does.  For those of you that enjoy boss battles there are several.  There are also a few on-rail segments and mild problem solving elements that serve to keep the action varied.  I am not looking to stir the gameplay versus narrative argument but I found myself interested in this game not for how it played but mainly to find out how the story played out. 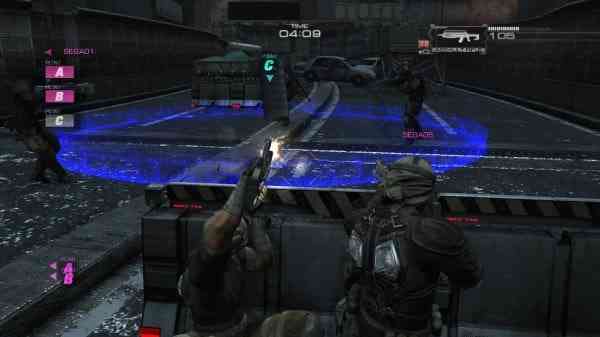 Online there is the standard smattering of modes including Binary Domain’s own version of a Horde mode.  You can play the Horde mode co-operatively which is a bonus.  Being a more casual online gamer I am always appreciative of cooperative play.

Visually, Binary Domain is a mix of both good and bad.  There is nothing here that really taxes the 360’s hardware and there’s nothing that really stands out as a deal breaker.  The high point of the visuals for me was shooting up enemy robots.  There is a real sense of impact when your fire hits home.  Enemies flail around in reaction to being hit and debris rains down from them as chunks of their armour are blasted off.  Location specific hit detection means you can cut down enemies limb by limb.  Taking out the legs of an enemy cyborg invokes memories of the end of The Terminator as the machine will continue to attack without fear as it drags it’s torso towards you. It is all quite satisfying.

The character models of you and your teammates look good enough, especially during some of the shorter cut-scenes.  However, during some of the longer cut-scenes it seems as if there is less detail.  I found this a little odd but then again the character detail seems to go towards those you see the most.  While the action on-screen moves well enough, this appears to come at an expense.  Textures are generally pretty flat and environments are spartan.  While some moments offer a good sense of scale there are too many corridor-like settings where there is a single path through the area. 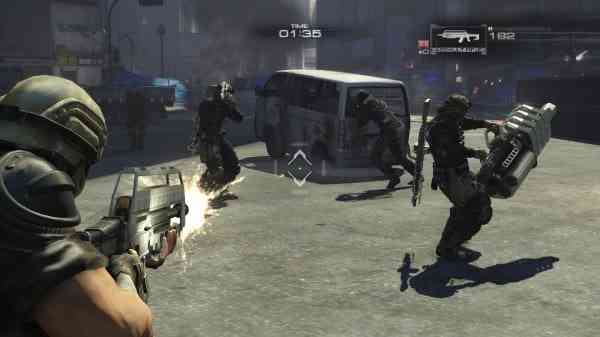 While nothing is particularly bad when it comes to how Binary Domain sounds, nothing quite stands out either.  The best parts about Binary Domain’s sound are the soundtrack and the voice acting.  While neither is top of the class, both complement the narrative.  The soundtrack is not intrusive but instead adds a sense of atmosphere to any scene whether it adds drama and urgency during a boss battle or a sense of innuendo during a cut scene.   The voice acting adds a sense of believability to what the different characters are saying.  The main character Dan is a touch on the bombastic side but the rest of the multi-national cast fares pretty well, especially their accents.

Despite implementing some novel ideas Binary Domain is decidedly average.  While I give the game credit for trying new things, neither the trust system or voice control are reasons alone to buy this game.  Despite this, the games story is engaging and manages to keep Binary Domain much more interesting than it could have been.  So for this reason alone, Binary Domain may be worth your attention. Whether it is a rental or a purchase it will ultimately depend on you but I do not believe Binary Domain packs enough of a punch to pull people away from Mass Effect 3 or Gears of War 3.