Below Review – Gorgeous But Lacking Focus

Below is an interesting game to dissect. My first few hours were enthralling. The gorgeous art style, hauntingly beautiful music, and Zelda-esque hack-and-slash combat were exactly what I wanted when I first laid eyes on it all the way back in 2013 when the Xbox One was first announced. Now, having spent more than 30 hours with it, there’s still only one word I feel compelled to say when talking about Below: interesting. You see, the further I trekked down Below’s procedurally-generated dungeons, the more I came to the realization that I enjoy the game’s concept and ideas more than actually playing it.

It’s not that it isn’t fun to play, because it is; it’s just that many of Below’s game mechanics feel at odds with what it wants you to take in. It all starts with a lengthy slow-moving cutscene of a boat arriving on an island amidst a storm. Right off the bat, Below captivated me as soon as I took control. The world isn’t just beautiful but dark and mysterious, and I love how far zoomed out the camera is, which makes your character look like a tiny blot when exploring your enticing surroundings. I also love just how polished it all feels too, with every movement and action feeling like it was thought out over and over again during its long development cycle. But just as I’d find myself immersed in Below’s intriguing, gloomy landscape, I’d be plucked out just as quickly due to the games’ reliance on annoying survival mechanics and repetitious gameplay.

Survival of the Fittest

On paper, Below doesn’t sound much different from other roguelikes. You’ll journey below ground through various floors of increasing difficulty. Along the way, you’ll solve puzzles, unlock doors, and fend off blood-thirsty creatures. What sets Below apart from the rest, however, is how reluctant it is to provide any instruction at all to the player. My first go around involved picking up loads of sparkly items and figuring out their use and how it impacted me. Below expects you to figure it out on your own, and while this design element may be frustrating to some, I found it refreshing and rewarding. 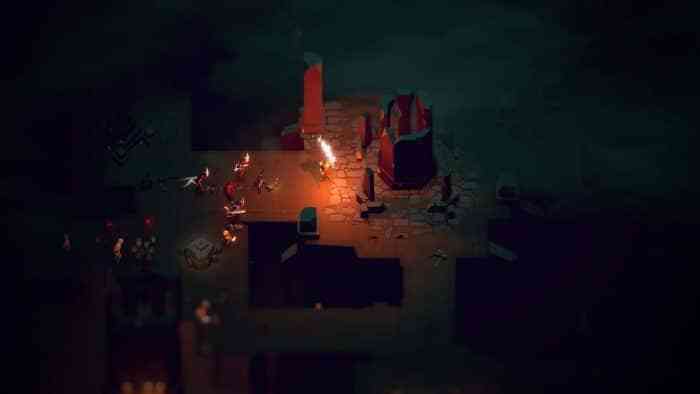 When you do die, you take control of a new warrior and repeat the whole process, only this time you’re wiser. There aren’t any differentiating factors or unique attributes with each new character (Rogue Legacy this ain’t!), so it’s typically just a matter of retracing your steps, finding your old corpses’ loot while collecting the all-important lantern, and attempting to delve further than you ever have before. You always start out with a sword and bow, as well as a single bottle of water to replenish your thirst meter. Keeping your character’s thirst, hunger, and warmth meters are a constant battle in Below and it’s hard to argue for why they’re even in the game to begin with. In my own experience, keeping these elements in check was a major distraction from everything cool about the game. There was nothing more obtrusive than trying to solve a puzzle and be interrupted by a glowing red icon reminding me to eat something so my character doesn’t starve to death.

On the other hand, Below’s crafting system is a nice added touch. You’ll find plenty of resources scattered around Below’s world as well as from defeating enemies or opening chests. Once you’ve gathered enough knick-knacks, you can combine them to create weapons, arrows, health packs, and other items that are vital to your quest. There’s quite a bit of trial and error when it comes to crafting, but it didn’t take long to memorize a handful of useful combinations that resulted in useful items or to free up some inventory space.

Below is both very difficult and forgiving. Having to start over can get annoying (especially if it was a cheap death) but journey far enough and you’ll unlock various shortcuts that can be used to jump to a deeper level right from the start. This makes dying less of a hassle while also providing a nice sense of accomplishment for making progress. You’ll also run into campfires that can be used as checkpoints and for fast travel. There’s even a handy storage room where you can store items you don’t need but might require on your next run. These are smart design choices that help alleviate some of the tedium and unpredictable difficulty. 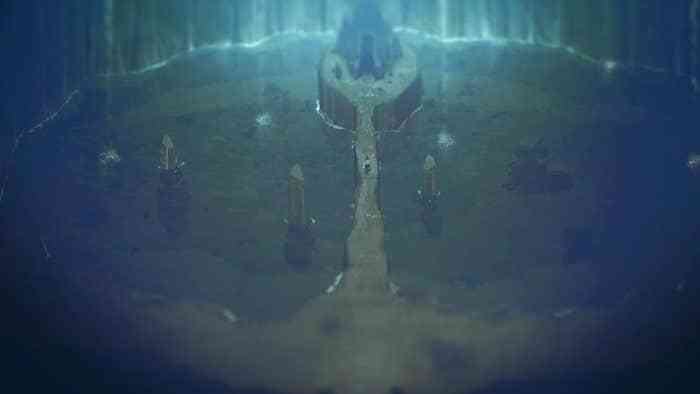 Going further below the surface means facing more challenging foes and greater dangers. In the beginning, enemies can be felled rather easily with just a few quick slashes but later ones can do some serious damage if you aren’t careful. You’ll also need to be wary of environmental traps that can kill you instantly. Every floor is different and floor layouts are reset after every playthrough. A handy map displays where the exits are so you’re not scouring the darkness for too long. This is worth mentioning because Below can get pretty dark sometimes especially when you don’t have your lantern. You can MacGyver a torch with your resources, but they aren’t quite as useful than having your lantern.

I found the difficulty in Below to take a serious spike towards the end. Resources are scarce so managing them is crucial early on and enemies can administer bleed effects. There’s also a fair bit of grinding as you get closer to the bottom. Unlocking shortcuts and fast travelling to the bottom is pointless if you don’t have the necessary resources and items. This made finishing Below a bit of slog since every death meant replaying chunks of the game just to get my character back to snuff. Patience and determination is key to finishing Below and, thankfully, there’s a pretty awesome ending waiting for you. 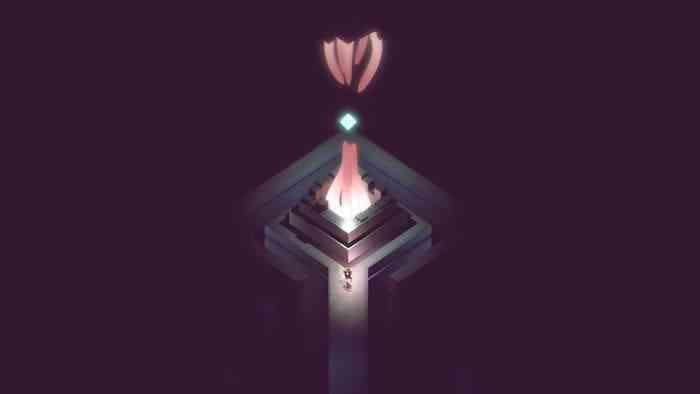 There’s a significant difference in my opinion of Below from my first run through all the way to the last. At the beginning, I was enamoured with the gorgeous visuals and presentation but as I dug deeper, I discovered a game that was more concerned about putting me through a gruelling survival experience instead of simply allowing me to enjoy its inspired world. It’s almost like the developers weren’t entirely confident in what type of game they wanted to make. Perhaps this is the reason why Below has taken so long to release. Ah, but I digress.

After waiting for Below for over five years, I’m left conflicted. On one hand, it’s a beautiful and deeply engrossing roguelike with fantastic art direction and stunning music from Jim Guthrie. But it also doesn’t quite jive with some of its gameplay systems and, at times, feels like a confusing mixture of ideas. Despite this, however, I still don’t regret my time with Below. Even though it doesn’t always feel cohesive, it’s certainly worth playing, especially if you’re a fan of roguelikes —just know that your mileage may vary in the enjoyment department. 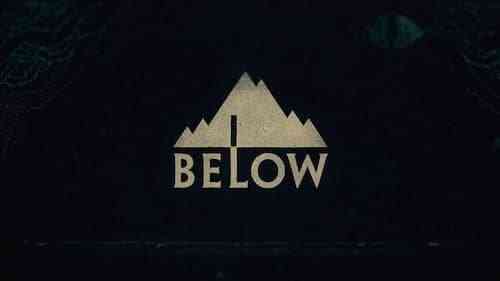