Battle Chef Brigade is a digital entree, unlike anything I’ve ever tasted before. Granted it’s made of ingredients that I’ve certainly experienced before, but it’s the combination of these elements when thrown together that kicks things up a notch. The meal doesn’t last as long as I’d like it to — what good dinner does, after all — and there are a few inconsistent tastes to sort through, but Battle Chef Brigade satisfies from the first bite.

(Those are the end of the cooking puns, I promise.)

Trinket Studios has created a fascinating world in VIctusia, a world teeming with monsters but defended by heroes who are as competent with a sword as they are with a kitchen knife. Victusia and its inhabitants are equally gorgeous in design, brimming with watercolor-themed style and moving in fluid and impressive animation. Everything about this game is aesthetically pleasing — Adult Swim could have a hit show to go along with the game, honestly — and that makes diving in and learning the unique gameplay even easier.

“Everything about this game is aesthetically pleasing, and that makes diving in and learning the unique gameplay even easier.”

The game blends two common game formats — 2D side-scrolling and match-3 puzzling — with brilliant results. Defeating monsters in the 2D side-scroller begets ingredients that add different colored stones into the match-3 puzzle, matching the stones “cooks” those ingredients into food with a score reflecting its quality, and the final meal must be delivered to the judges in that challenge within a time limit. As I write those words it sounds ridiculous, but everything about the core gameplay is beautifully designed and kept me wanting more.

Actually, “wanting more” is particularly apt for this game because it’s super short. Only six chapters separate the opening title screen to the end credits, each one going about an hour or so, meaning by the end of the game my trip to Victusia ended far sooner than I wanted. The time limits of the battles actually work against the game in this regard, as the constraints make the game seem to go by even faster. 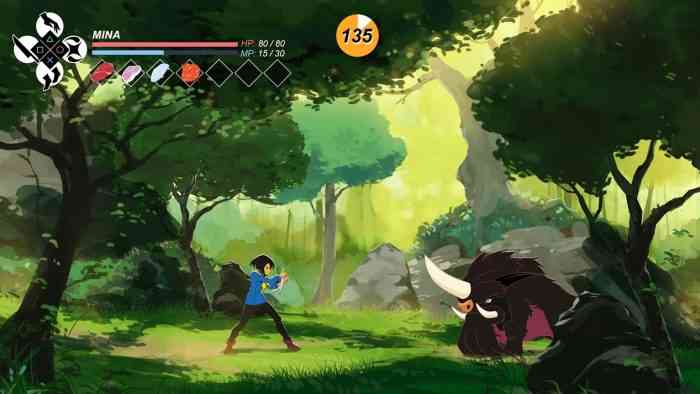 The main heroine Mina is a delight to play, pairing a sharp tongue with her sharp weaponry. Her desire to be the best chef in the land is palpable from the minute we see her languishing under the thumb of her overbearing mother. She has to sneak out and hit up a friend just to enter the competition, and that just makes me want her to succeed even more. I can see myself in her position, and that relatable nature makes me want to do right by her. It’s great characterization from Trinket, and she could be a new star in the making.

The game introduces a second protagonist in Thrash and even lets us play as him for a while before shifting back to Mina for the rest of the game, and that shift is an odd choice. To be honest I’m not sure why Thrash had to be playable at all, as his cameo seems insignificant. I’d have liked to either play as Mina the entire time or be able to choose between the two heroes at the start and experience two different stories. Not only would that give both characters proper screen time, it would have solved the “this game is too short” problem at the same time. 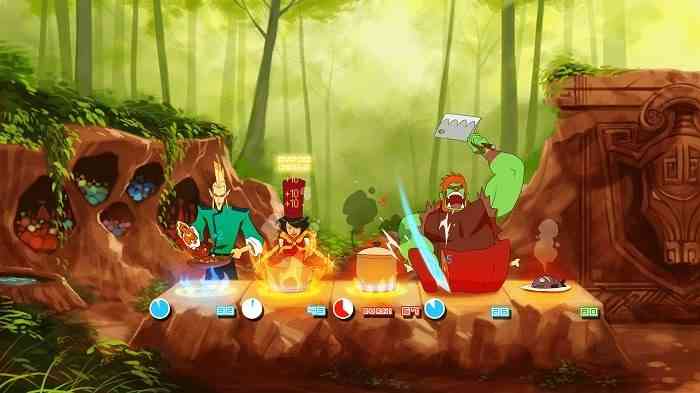 That imbalance mirrors a greater issue in Battle Chef Brigade: the exposition and storytelling greatly outweigh actual gameplay. The chef battles do have me killing monsters and matching puzzles to cook, but the pre-match cutscenes and Iron Chef-like presentation during judgment take far more time than the challenges themselves. It’s hard to blame the judgment segments for this, as cooking successful meals is the point of the game after all, but either shorter pre-game segments or more challenges throughout the game could have alleviated this admittedly nitpicky issue. I just want to play more of your game Trinket, let me do so!

There’s nothing I like more in video games than when a developer thinks outside of the box. Wonderful ideas and worlds can be bred from experimentation, much like the culinary world that Battle Chef Brigade champions. The contrasting gameplay styles, a beautifully designed world, and interesting characters combine into a delightful game that just doesn’t last long enough. Trinket Studios should be proud of their efforts, and I’m looking forward to whatever is next out of its kitchen. 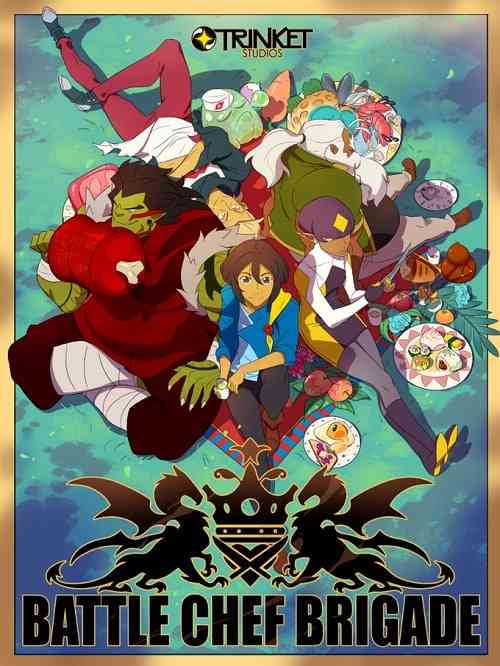