They say the only sure thing in life is death and taxes. I beg to differ. One other sure thing in life is that every little boy, at one time or another has wanted to be Batman. Batman: Arkham VR is the closest yet that any of us have come to truly becoming the Bat. It is a short experience (as short as one hour) that puts you solely in the shoes of Gotham City’s most esteemed hero and is one that you’ll wish hadn’t ended so quickly once the credits roll.

If you were to break down what the experience is it feels much more like a proof-of-concept demo than a full game. It’s an excellent look into what PlayStation VR is capable of and a great way for early adopters to show off their new purchase but what’s there stops just short of feeling like a full game. The undisputed masters of bringing the caped crusader to life in video game form are back as Rocksteady guides players on a unique mission as the world’s greatest detective. Keep in mind that I said detective, because if you were hoping to punch and kick and drop guys off rooftops you’ll be sorely disappointed. In Batman: Arkham VR your job is to piece together the puzzle of a murder mystery and the use of force just doesn’t come into play that often. This seems like the best way to go this early into the VR lifecycle as those fast moving controls would likely be abysmal and detract from the overall experience.

“We’ve seen the death of Thomas and Martha Wayne play out in numerous ways but none of them so visceral as to put you into that world directly. It’s a surreal experience to be Bruce at that moment.”

Right from the start Rocksteady goes to work with pulling you into the world of Bruce Wayne. We’ve seen the death of Thomas and Martha Wayne play out in numerous ways but none of them so visceral as to put you into that world directly. Where you get to look the killer straight in the eyes as you’re set on the path that turns you into DC Comics’ most pained and brooding superhero. It’s a surreal experience to be Bruce at that moment. It’s just a game but the moment feels powerful and is one of the best ways to show someone an example of how well a good narrative can come to life in a virtual reality setting. 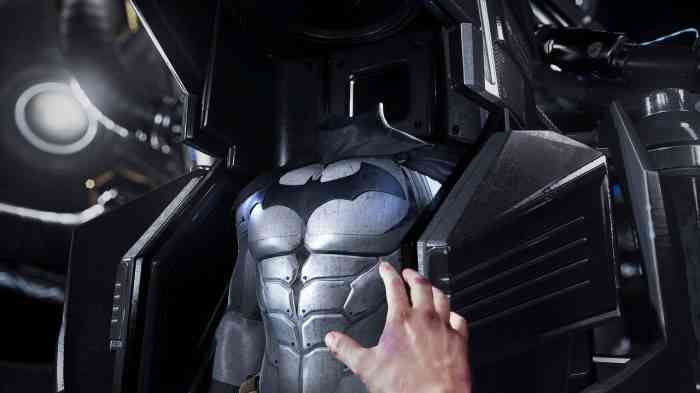 As you jump from young master Bruce to the Batman the story takes you on a journey to discover the whereabouts of two of his greatest prodigies; Nightwing and Robin. While you work to uncover the mystery you come face to face with the likes of Penguin, Killer Croc and more. Luckily, for fans of Rocksteady’s Arkham series, all of the original cast members (including Mark Hamill and Kevin Conroy) make appearances and it sells the game that much more. We know these characters and their voices now so deviating from that would probably pull you out of the moment just a little bit. While the cast keeps you pulled into the game so also does the world around you. The Batcave, Crime Alley, Wayne Manor, they are fully realized environments that feel alive. Graphically you can see some hiccups along the way like muddy textures or some low-res assets but it’s to be expected. VR is in its infancy and we have to remember we’re playing on a console as opposed to some powered up PC rig. While some might complain that it pulls you out of the immersion I believe that Rocksteady did a more than serviceable job keeping you fully engrossed as the Dark Knight.

As it stands the controls for Batman: Arkham VR are fairly well realized whether you’re using the PlayStation Move controllers or the standard DualShock 4. While there are some minor annoyances with reaching things that seem to be just shy of Batman’s grasp it all fits together fairly well. Most of your actions are simple ones as you grab gadgets from Bats’ utility belt which include the trusty Batarang, the Forensic Scanner, and the Grapple Gun. All of these gadgets are staples in the Rocksteady Arkham series of games and work quite well in action. Set up is a huge pain as Batman: Arkham VR requires a very specific positioning of you and your PlayStation Camera. You need to do this every time you turn the game on and it can be a tedious, if not frustrating chore before you can play. Again, seeing as we are only just starting to experience home VR it is expected that there will be hurdles along the way. None of the issues is Batman: Arkham VR are enough to convince you not to play it, even the annoying calibration. 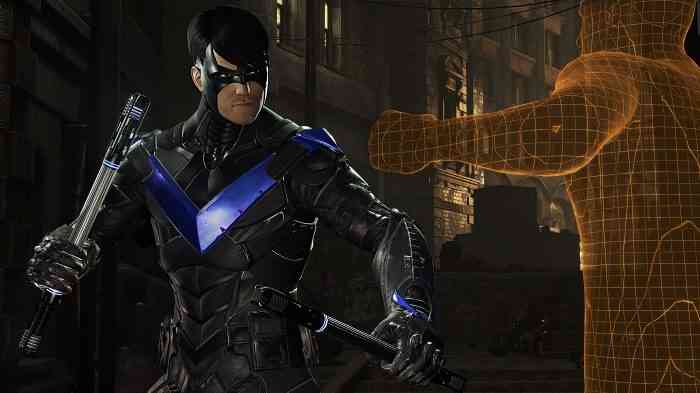 Despite its criminally short playtime, Rocksteady’s venture into making you the Bat in Batman: Arkham VR is one of the must-have experiences for your PlayStation VR setup. It’s a showcase of what’s possible in VR for bringing a narrative to life with a great cast, locations that feel alive and a twisting and turning mystery that pulls you along the entire time. If you can forgive the calibration headaches, minor control issues and graphics hiccups you can allow yourself to live that dream of every little boy (or girl!) to don the Batsuit and be the Batman. It’s a feeling I’ve longed for my whole life (don’t judge me) and it’s never been more fully realized than now. 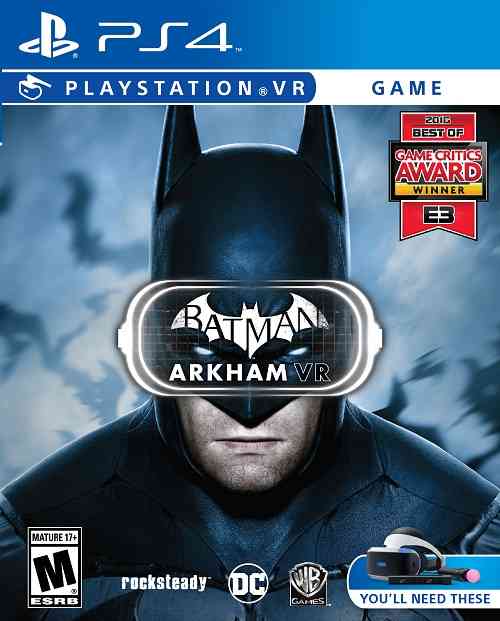