Animals make for excellent allegorical vehicles. That said, it’s unusual for them to be properly utilized. Backbone might actually pull this off? Vicious as this version of Vancouver might be, it’s also incredibly, subtly human. At turns clever, cruel, and compassionate, Backbone keeps you hooked. Also horrified, from time to time. But what’s a good neo-noir detective story without a few shudders up your spine?

I mentioned Vancouver before, and it bears repeating. This is my city as I’ve never seen it before, while still feeling a bit familiar. Granville, Yaletown, and the infamous steam clock are all intact. Even the unhoused encampments have survived. Yet, there’s a hardened edge here. A stronger sense of disparity and desperation, a feeling like something is terribly wrong. Although that mix of beautiful and brutal is just actual Vancouver at one AM. Like I said, it feels rather familiar. Essentially, this is the perfect backdrop for a grizzled raccoon to tackle a compelling mystery.

You play the aforementioned raccoon, a private investigator named Howard Lotor. You’ve been tasked with finding some deadbeat suspected of cheating on his wife. It turns out he’s been hanging around a ritzy club known as The Bite. This leads to a labyrinth of plot twists that go… places! The narrative distance between the first act and the last seems impossibly large, especially given the game’s runtime. I won’t go into any of the nitty gritties, but suffice to say I wasn’t expecting this at all. It’s a true testament to the writing quality that these wild turns all felt rather grounded. ‘Of course,’ you’ll say to yourself, ‘what else would it be?’ Every new development is handled with a light touch, with expert agility. Heavy subjects like homelessness, addiction, infidelity, and grief are neatly woven into the larger story. The furred and fanged character models act as a buffer, easing you into the serious subject matter. Everything from the core dialogue to the diary entries is well-crafted and clever. 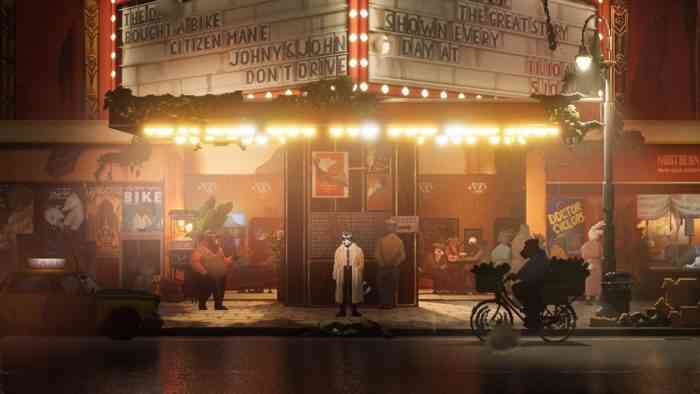 Beyond the crackling plot, Backbone is part of a changing conversation about pixel art. Calling it retro seems like a misnomer at this stage. While the character models could be anywhere from one to thirty years old, the lighting and environmental effects are a different story. The lights, shadows, and water all elevate this game well beyond traditional pixel art. Watching Howard trudge through flooded streets while a theatre marquee glitters above him is breathtaking. Every stage is composed of a symphony of moving parts. Cars, foot traffic, NPCs, litter, and local flora all hum along as you proceed. The rain (for there is always rain in Vancouver) falls in sheets or sprinkles, as the scene requires. To say nothing of the soundtrack, a set of original doom jazz compositions like little else you’ve heard in your life so far. Backbone’s aesthetic tells a story of its own, one nearly as complex and compelling as the actual plot.

Okay, confession time: I don’t know for sure yet what kind of branching pathways are in Backbone. This is due to a deliberate design decision. There are no save files in this game, you see. That means no save scumming, and no instant reloads when you do something ill-advised. You just… make the choices you make, and watch the consequences play out afterwards. This makes every decision feel more agonizing, and more organic. Blowing a stealth section puts you at the start of a given room, but that’s it. Otherwise, you’re flying by the seat of your pants, hoping you’ve made the right call. It’s a positively exhilarating system, mostly. Since you’re relying on auto saves, you can lose a bit of progress within a section when you load up the game. But for the most part, it’s an ingenious way to make even repeated playthroughs feel fresh and impactful.

No Turning Back Now

Speaking of those stealth sections, Backbone is a surprisingly active experience for how strong the narrative is. There’s also a healthy dose of puzzle-solving to tease out, along with more mundane activities like tea brewing and firewood retrieval. I played most of the game with a mouse and keyboard, though I eventually switched to a controller. Both options feel pretty painless, aside from the mouse booting me out of full-screen mode once in a while. The puzzle sections are tactile, the stealthy bits feel appropriately responsive, and I’ve got nothing to compare the tea-making to. I was very grateful that the controls didn’t suffer in the slightest, an all-too-common problem in adventure titles with a strong narrative focus.

Good point and click adventure titles strike a delicate balance between action and story. It’s not an even balance, either. You need to spool out a massive yarn, so to speak. There’s little time for the more fiddly bits like puzzle solving and tea brewing. Backbone tells an enormous story within a tiny runtime, and it never feels like too much. New wonders, new horrors, and fresh plot twists are chucked your way with reckless abandon. Yet, you never feel too lost. A little lost, surely! All the better to capture that sense of dark waters closing overhead. Between the clever mechanics, the compelling narrative, and the gorgeous pixel art, there’s a real fire lit beneath you from the very start. If you’re looking for a detective story with glistening fangs, glittering eyes, and sharpened hooks, Backbone will be perfect for you. 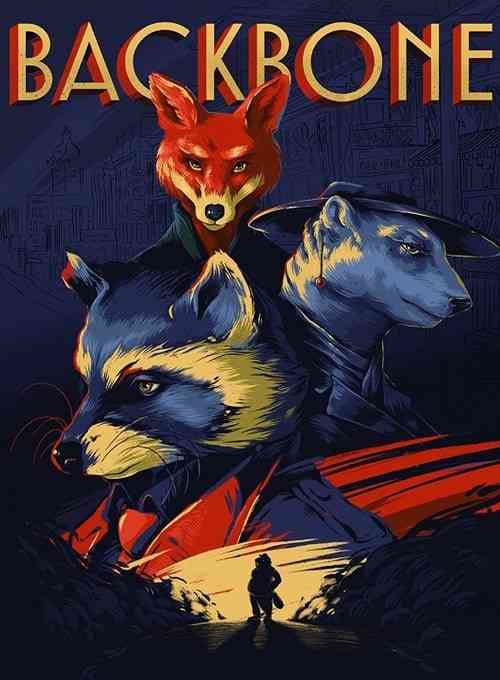