Sacrifice Your Enemies to Keep the Peace in Aztez

It seems as I get older and have less free time I start to have a heavier appreciation for games I can quickly pick up and play. Brawlers are a great genre for me right now since most have that familiar button layout and series of combos. Aztez is a new addition to the brawler family and it certainly sticks to its roots, but it also branches out by adding a strategic overworld map on top of all the brawling. While I certainly applaud the innovation, the added complexity obfuscates the brilliant combat embedded firmly in the core of the game.

The combat mechanics will be familiar to anyone who has played a brawler from the last decade. You have two types of attacks that can combo, directional attacks to counter different enemy types, aerials to keep your combos going (and gain style points), block and parry, grabs, etc. You’ll certainly need the full arsenal of moves even from the start as the enemies begin to offer a challenge right out of the gate. Button mashing might be enough to pass the stages, but if you want the extra bonuses you’ll certainly want to have precision control over your Aztec warrior. I found the combat to be really responsive and couldn’t blame my defeats on sluggish controls, though my pride might say otherwise.

“Button mashing might be enough to pass the stages, but if you want the extra bonuses you’ll certainly want to have precision control over your Aztec warrior.”

As you progress through the campaign you will have the chance to unlock more weapons. These offer different attack styles and can even be switched mid-combo for deadly attacks. With the variety in weapon utility, it’s unfortunate that the shields can’t offer the same versatility. The parry window seems incredibly small and enemy attacks aren’t always telegraphed in a typical manner. There is a mechanism for warning players of incoming attacks; yellow exclamation marks indicate an attack that can be blocked or parried, orange means the attack can only be parried, and red means you must dodge. The attack indicators help some but are very inconsistent among enemies so timing is really difficult when multiple enemies are preparing attacks. 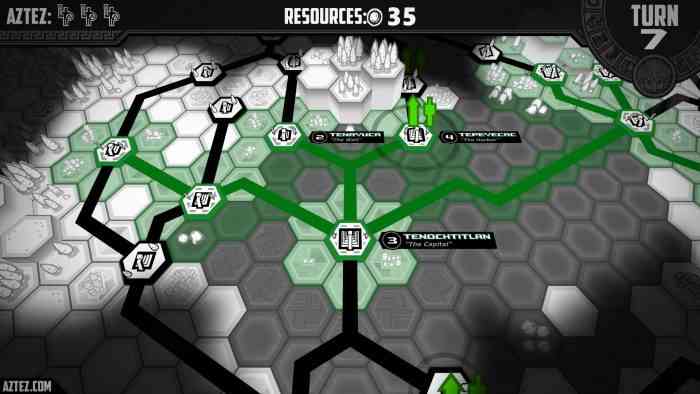 The brawling portion of the game is great and I would have honestly been happy with just that, but there is an added tactical turn-based layer present in the campaign. The goal is to survive as long as possible and gain control of the map. Random events populate the map every turn and you must choose which ones you will take on. You can attempt as many events as you have Aztec warriors so some of these events become mutually exclusive. All of the events lead into a fight with varying difficulty and objectives. For most matches, you have the chance to earn cards by completing a challenge along with the basic requirement. The cards can be used to alter events or the state of the board.

“Aztez certainly is a fun game and very quick to the action, but I felt the tactical layer hid too much of the great brawler underneath.”

I found the tactical turn-based layer an interesting addition to the core brawling mechanic, something akin to Hand of Fate but less chance based. It certainly did break up the different levels in a creative way, but I feel like the strategy involved was completely secondary to your skill level as a fighter. I wanted to be able to balance out my inequity as a brawler with cunning tactics, but it didn’t seem like that was possible.

Aztez certainly is a fun game and very quick to the action, but I felt the tactical layer hid too much of the great brawler underneath. There is an arena mode which focuses mainly on the brawling, but you don’t make much overall progress for unlocking gear. Even with the tactical map, it doesn’t take long to jump into the action and start sacrificing your enemies to ancient Aztec gods. 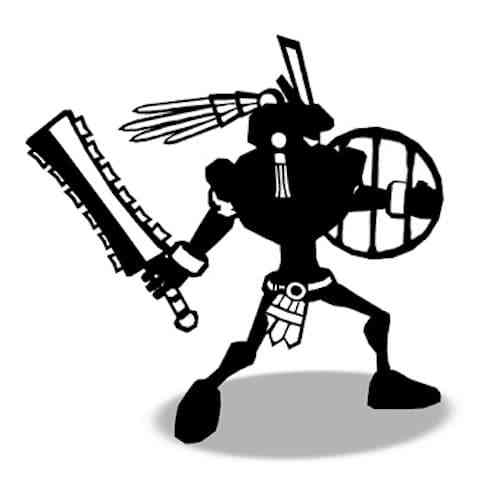