Astro A38 Wireless Noise Cancelling Headset Review – Beats They Are Not, But Still A Solid Set of Cans

Listening to some tunes, watching a movie or playing a video game on an airplane can be a painfully frustrating experience if you don’t have a good set of cans. Sure if you can handle them jabbing into your ears for more than an hour or two ear buds can often do the trick. Yet nine times out of ten you have to crank the volume in order to cut down on some of those jet engine noises. If you are playing a game like say Uncharted on the PS Vita good luck being able to hear any of dialogue unless of course you have a decent set of noise cancelling headphones. Astro has an answer for that.

Over the past couple of weeks I have been lucky enough to give Astro’s new wireless Bluetooth noise cancelling headphones a spin. Given the A38’s are my first set of Bluetooth noise cancelling cans I was curious to see how much noise they actually cut out and how good they sounded. Having reviewed quite a few Astro headphones over the years I wasn’t all that concerned about quality. Astro has a long track record of developing top notch headphones but I was concerned about ease of use, how easily they connected to all my gadgets and whether or not I would be happy using the A38’s as my main mobile headset.

Right off the hop, I was impressed with the A38’s packaging. Not exactly shocking as Astro typically provides fancy packaging that screams high end. Included with the headset is a standard USB connector for charging the suckers and a storage case. You also get an all too tiny quick set up card but that is it in terms of any kind of manual. I was a little disappointed I didn’t get a full blown manual with some detailed instructions. I definitely could have used some help connecting the headset to my laptop as it’s the first time I have connected any kind of Bluetooth device to it, so a manual would have been nice. I am somewhat old school that way; however, you can get some detailed instructions online if you need them.

I was also disappointed the headset didn’t come with an optional 3.5mm audio jack. Why was this a problem for me? Well if two people want to watch a movie from a laptop there is just no way you can have two different audio outputs enabled at the same time. I have a 3.5mm splitter at home where my wife and I can watch a movie together on an airplane with two headsets through one output. This set up won’t work with the A38’s as you cannot use the A38’s and another headset plugged into a laptop and watch a movie at the same time. This may not be a big deal for many but it was a punch in the gut for me. Especially considering our trip to Hawaii is only a few weeks away and watching a movie together on the laptop was part of our travel plans. The A38’s will be staying at home on that trip and frankly that is a bit of a piss off. First world problem, right?

On a more positive note, the headset itself looks great. The unit I reviewed is gray with blue trim and blue ear tags. There is also another colour available in pearl white with yellow trim and tags. Like other Astro headphones the ear tags are customizable. A simple visit to the Astro website and you can select tags from your favorite video game or tags that sport a different colour. The headset is plastic with plush synthetic leather ear pads. The quality of headset is solid but make no question about it you can break these puppies if you aren’t careful. Unlike some other headphones I have reviewed lately the headset does not fold up and does not have a mental chassis, so when not in use it is best to store the A38’s in their case. 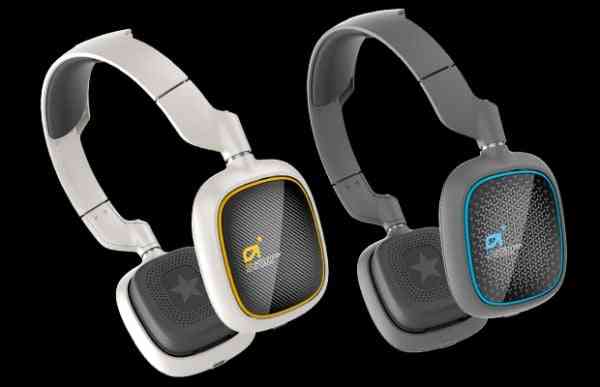 Comfort wise the A38’s are solid. Granted they aren’t nearly as comfortable as my A50’s but considering the A38’s are intended for mobile use, and shutting out any outside noise, they are fairly comfortable. That said, after about an hour or so of steady use my ears did get hot. Not a major issue but something I noticed during the review process. They fit snug on my head which is perfect for moving about or times when you just need to bend over to grab something. I can’t count how many times my A50’s fly off my head when I have to bend over to shut off my TV or pick up a remote. This is not issue with the A38’s.

One of the most impressive features with the A38’s has to be the battery power. The batteries inside these rechargable cans are said to last 20 hours for music or movie sound playback or 15 hours talk-time. During the review period I charged them once but even then I didn’t really feel I had to. I used them for two separate 10-15 hour periods with no issues. My only issue is the lack of a battery power indicator. Before heading on a long trip it would be nice to know how much juice is left in the A38’s. Unfortunately you have to rely on audio tones that signal low battery.

The buttons that are included on the headset include the power button which is used to sync the unit with any tablet, phone, laptop or mobile gaming machine. There are volume control buttons and a multifunction button that is used to answer phone calls, stop your songs or even flip your set into airplane mode.

I guess I should now touch on the most important aspect of any headset and that is the sound. Simply put, the A38’s deliver. They won’t blow you away with some heavy bass like so many other headsets prefer to focus on. Instead you get some fantastic balance where the bass doesn’t overpower the sound. Music sounds tight, clear and not muddy at all. The mids and highs sound crystal clear. Everything from playing games to listening to some music to watching videos, the A38’s made for an immersive audio experience. 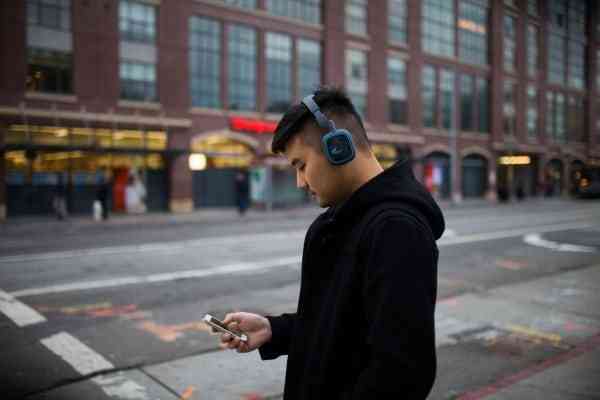 The noise cancelling feature is equally impressive. I had my wife holler at me a few times while listening to some tunes from my iPhone and I could not hear a thing. It was only until she really raised her voice that I could hear her. You cannot turn the noise reduction feature off like you can with other wired noise cancelling headsets but this was not an issue for me as the sound was not compromised in any way by its absence.

The A38’s have a built in mic which much to my surprise sound incredibly clear. When I asked my wife how I sounded she said it was if I was talking from a phone. Likewise when I walked around the house chatting with a buddy the paired headset never cut out. I was a good 20 to 30 feet away from my phone chatting away like the phone was right beside me. Needless to say the wireless range on these suckers is pretty damn brilliant.

Overall I was pleased with Astro’s A38’s. There is no question the $230 dollar price tag is steep for a set of headphones you aren’t using as your primary gaming headphones; however, for those who are looking for a top notch wireless Bluetooth noise cancelling headset the A38’s are as good as it gets. They are an investment worth making if you are one of those daily bus or train commuters or just someone who travels a lot in need of a solid headset. Despite some minor issues the A38’s are unquestionably great sounding cans that will surely put a smile on anyone’s face. 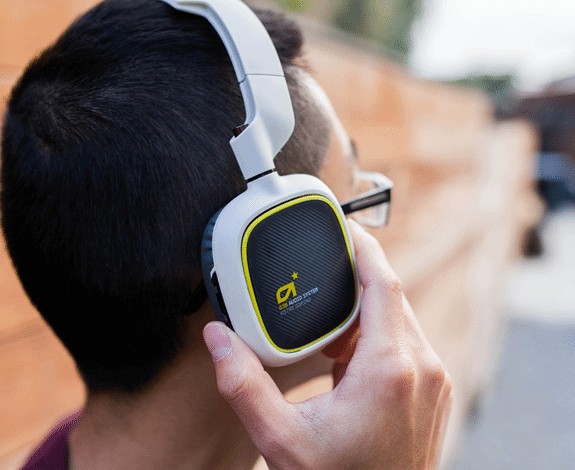 Next Styx: Master of Shadows Review – The Goblin Thief is a Jack of All Trades but Master of None
Previous Alien: Isolation Review – Getting Everything Right That Colonial Marines Got Wrong