By now, we’ve all been down this road at least once or twice before. A Hollywood studio scoops up a beloved video game property and decides it’s going to turn it into a big budget blockbuster. The way they see it, the game’s loyal fan base will turn out in droves and they can rope in a whole new audience who are just itching for a new franchise to dive into. Time and time again, however, we’ve sat down and been bombarded with horrible, horrible films that are not only bad movies but are also terrible adaptations of our favorite games. Max Payne, Doom, Mortal Kombat, Tomb Raider, Alone in the Dark (my god…), Resident Evil, Street Fighter, my god, Street Fighter! The list is practically endless.

This Christmas, as Disney rolls out another chapter of Star Wars for audiences to revel in and other studios roll out some holiday themed films to grab their market share, Ubisoft and Regency team up to try to counter program with a film version of the smash hit game series, Assassin’s Creed. With a serious amount of clout behind it, can AC finally stem the tide of video game adaptations that turn out terribly? Yeah, not so much.

Assassin’s Creed follows Callum Lynch (Michael Fassbender) who is executed for murder only to find himself waking up in the care of Sofia (Marion Cotillard). She has Lynch live out his memories of a past life as Master Assassin Aguilar in 1492’s Spain, so that she and the organization she works for can hunt down an ancient relic that can control the world. 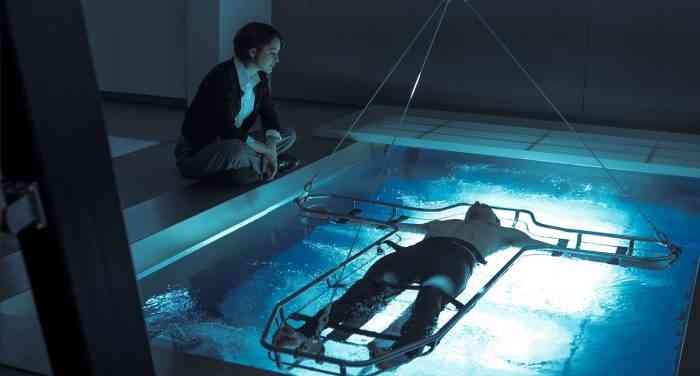 Assassin’s Creed is helmed by Justin Kurzel, a man best known for the very unsettling The Snowtown Murders and previously working with Fassbender on the 2015 version of Macbeth. There is praise to be given to Kurzel who manages to produce some truly energetic, adrenaline infused, and quite excellently choreographed fight sequences. Almost primarily taking place in the memory sequences of the past, these scenes fully embrace the parkour filled violence that the game banks so heavily on and are very enjoyable to see as an action fan. There’s a lot to like from the set pieces in AC, which infuses the modern action sequence, which usually relies on big explosions, and puts it into a historical time period for maximum action pleasure. However, there was something about the sequence of events and the way the set pieces came together that I at first attributed to Kurzel not having worked on a blockbuster before. However, it became evident to me after some time that this wasn’t Kurzel’s fault, but a more overarching problem which I’ll get to later.

The cast of this movie is something you would never have seen before the Marvel era in Hollywood. Oscar winners and award darlings abound on the call sheet of Assassin’s Creed. The film is lead by powerhouses Fassbender and Cotillard while being supported by Jeremy Irons, Brendan Gleeson, Charlotte Rampling, Ariane Labed and Michael Kenneth Williams, to name a few. It used to be impossible to get this many stars on the billing of a ‘video game movie’, but Hollywood has changed with Marvel’s success and getting a number of big names on the marquee has been happening more and more often. Which is why this movie showed such potential! But if Suicide Squad taught me anything, it’s that a great cast doesn’t translate into a quality film. 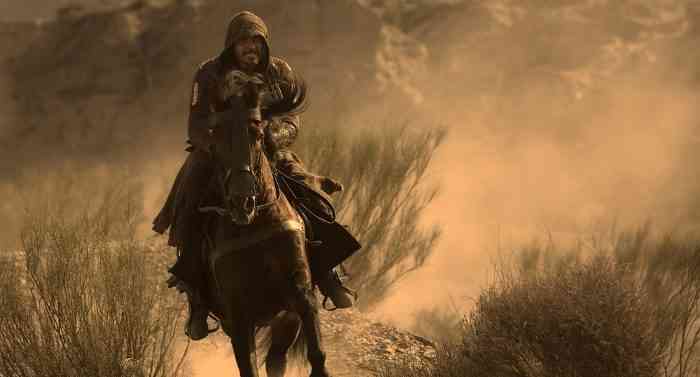 To give credit where it’s due, Fassbender does his best with the material he’s given and actually gives a good performance. He just has precious little to work with and very little back up from his supporting cast. Cotillard, whom I hold in high esteem, really just phones it in. As does Gleeson in the few scenes he’s actually in. Irons does his best to do the bad guy thing but his character has no depth and it comes off very bland. In fairness to him, pretty well every character is very one dimensional. Even Callum Lynch, who holds humanity’s fate in his hands can’t be brought to be a well rounded character. Only Fassbender’s literal dogged determination to put on a good performance manages to save Lynch as a decent protagonist – a phenomenon you can also witness in this summer’s X-Men: Apocalypse.

I honestly don’t blame the cast or the director for any of the cringe worthy scenes that came up in AC – and there were quite a few. I lay this firmly at the feet of the film’s producers and not just this one. Every studio that has put out every video game adaptation thus far. Assassin’s Creed is a pitch perfect example of why every video game movie ends up being a disjointed and ridiculous mess. The studios think they understand what it is about these franchises that gamers like so, they attempt to replicate the same progression in their films as in the games. In games, you have chunks of story that get told in cinematics, where we sit quietly as pieces of the story get told to us. Then, we continue playing through the game, cycling back to the interactive action that roped us in. So, when a studio is turning a game into a movie, they think this is what we want. 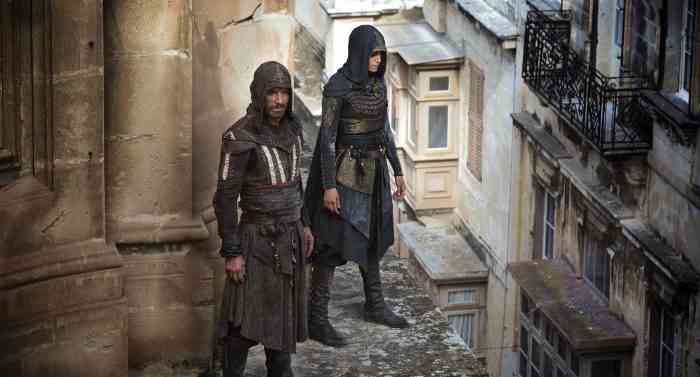 What we end up getting is 10-20 minutes of Fassbender asking questions while Cotillard and Irons extol reams and reams of exposition, trying to keep you caught up until they throw another 5-10 minute period piece action sequence at you. This couldn’t be shown any better than the fact that while Lynch is in the Animus, they frequently cut to shots of Sofia and Irons’ Rikkin simply watching what was happening, just in case you as a viewer couldn’t piece together that he’s still in a simulation. Of course, the action sequences wouldn’t be complete with smash cuts and shaky cameras to make you squint in an attempt to decipher the visual nonsense and the obligatory first-person camera shot that is extremely jarring for absolutely no reason.

So, Assassin’s Creed doesn’t break the ‘bad video game movie’ curse. I mean, it’s certainly not the worst thing I’ve seen this year, not even in the top 5. It’s just another case of a movie studio not understanding what it is that brings us to the theaters. If I don’t care about any of the characters you parade across screen or even understand who they are or why they’re doing what they’re doing, chances are I’m probably not going to care about the huge swaths of action either. Even if they are as commendable as the action sequences you can find in this film. Couple that with one of the most anti-climactic climaxes I’ve seen in some time, AC’s faults truly outweigh its merits by a large margin. 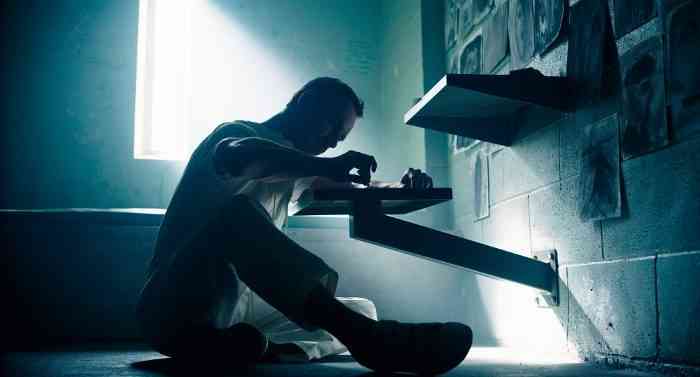 The biggest shame in all of this is that this is the first film from Ubisoft’s film division. You would think that if anyone would know what made gamers love their series, it would be Ubisoft. I feel that the most telling aspect of this is that the initial runtime of Assassin’s Creed sat around the 2 hour and 40 minute mark. The theatrical release is 1 hour and 48 minutes long. Maybe everything I found lacking can be found in that missing hour…

Assassin’s Creed is playing nationwide throughout the holidays. 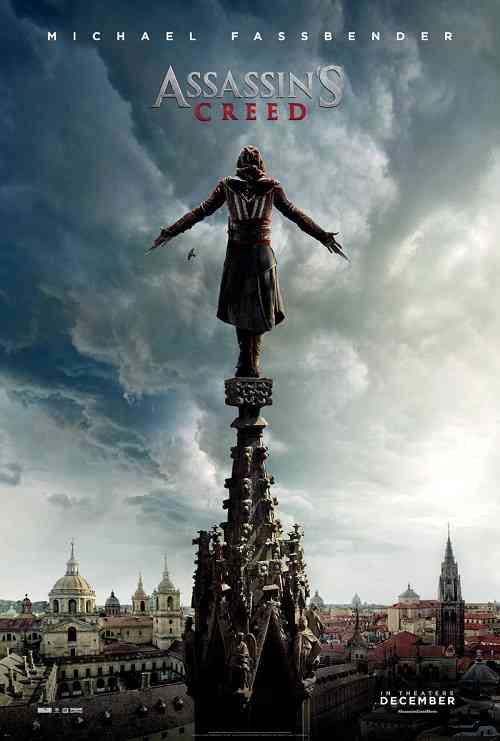