Wrath of the Druids Review

Assassin’s Creed Valhalla was a divisive game, as so many entries in the AC franchise seem to be. Many players and a few critics felt that it failed to achieve the high-water mark set by AC Origins and Odyssey, and at launch the game was beset by the usual infestation of bugs and issues that often plague recent Assassin’s Creed titles and large open-world games in general. After the outstanding character work in Odyssey, Valhalla’s lead character Eivor seemed to some stodgy, stoic and wooden. Some of those criticisms were valid, but as a longtime anglophile and frequent visitor to the British Isles, I personally couldn’t help but be impressed and completely besotted by Valhalla’s setting, impressive visual detail and loving attention to 9th century Britain and its political and cultural clashes with the Viking invaders. Wrath of the Druids is AC Valhalla’s first major DLC expansion and it’s a significant and generally enjoyable adjunct to the main game.

It’s fair to say that if you enjoyed AC Valhalla, you will equally pleased by Wrath of the Druids, and I have come to the conclusion that all things being equal in the world of Assassin’s Creed games, whether a particular installment in the series resonates with you depends a lot on how into that specific game’s culture you are.

Wrath of the Druids is unsurprisingly focused on Eivor’s eventual encounters with the mysterious druidic cult the Children of Danu, but getting to that point in the expansion is a relatively slow burn, and it really is secondary to other events. Back home in England, Eivor meets Azar, an envoy and trade merchant from Ireland bearing a letter from the King of Dublin, whom the letter suggests has a history with Eivor. Intrigued, Eivor helps clear a naval blockade for Azar and sails to Ireland, where the King of Dublin turns out to be Eivor’s cousin Barid, whose rule of his small, but crucial, slice of the Emerald Isle is tenuous at best and his relationship with the soon-to-be High King is complicated by a troubled past. What follows is twenty of hours of political intrigue and cultural clash, brutal combat and several new game play mechanics to explore, all set on a lovingly recreated Irish landscape with secrets that are a pleasure to discover. 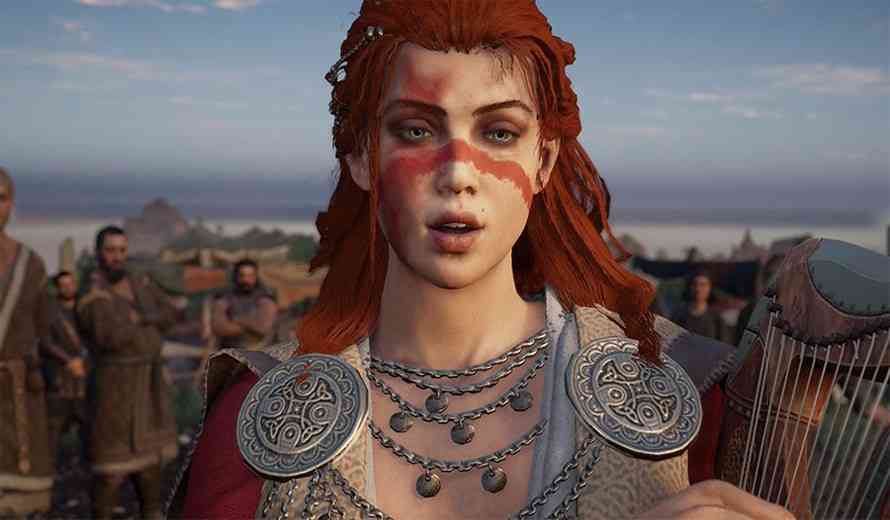 Although Eivor remains an essentially dispassionate, violent, dry-witted and somewhat opaque personality, the Wrath of the Druids introduces a number of well written and memorable characters, from Azar to Barid, the new Irish High King Flann and his fiery bard and poet, Ciara. In addition to being a close confidant of the King and potential love interest for Eivor, Ciara’s story arc and personality are especially engaging and she introduces a new feature called Royal Demands, essentially a series of short and simple combat-focused side quests that curry favor with different rulers and gain resources for Eivor. There is also a new trading system in which Eivor must establish and upgrade trading posts throughout the country and these give access to new gear and considerable wealth. Of course, most all of the side quests involve raiding monasteries or outposts and later in the expansion, the Trials of the Morrigan pit Eivor against the earth magic-loving Druids and their supernatural minions. One of the themes of Wrath of the Druids, and AC Valhalla in general, is the clash of cultures and the then-new Christian religion’s uneasy relationship to Viking and pagan practice.

There is a lot of gear to collect and a new melee weapon to play with in Wrath of the Druids, but whether any of it is of use to you will depend on your level and how far along you were in the main game. Players who completed Valhalla’s campaign will come to Ireland already equipped with a wealth of high-level gear, but the game scales its difficulty to the player so even powerful characters will find a challenge. Although it’s suggested that the player be at least level 55, I think the sweet spot for Wrath of the Druids is someone who has cleared at least a few areas of England and can take advantage of the new toys and bring them back to the main campaign. 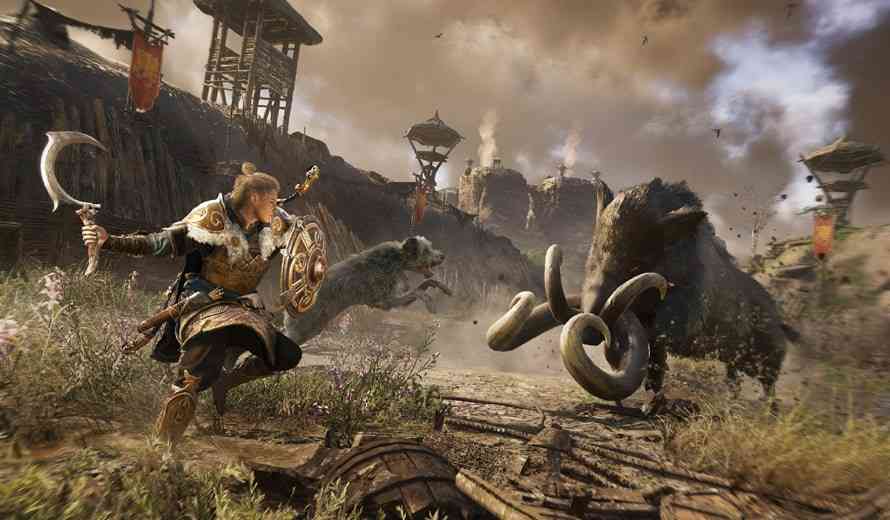 It is hard to be anything but impressed by Wrath of the Druids’ art direction and attention to visual detail. Certainly, the developers have taken liberties with history but it feels like no design element has been neglected, from clothing to architecture. Some critics felt that AC Valhalla was drab and muted in comparison to Odyssey, but Wrath of the Druids is vibrant with the lush and diverse Irish landscapes and although not as populous, this is an island that is easy and rewarding to explore. Overall the sound and music direction are outstanding, with some effective voice acting and genuinely lovely music and use of multiple Gaelic dialects.

AC Valhalla took a go-anywhere open world and divided it into manageable regional chunks in order to progress the campaign and align the game’s difficulty with Eivor’s progression, and as a result there was less Ubisoft open-world bloat, and this structure defines Wrath of the Druids as well. Between combat and trade, exploration, raiding and following the politics-heavy campaign there is plenty to do, and for better or worse, moment-to-moment game play feels similar to Valhalla. There are still fundamental issues with the game’s climbing mechanics and melee encounters can still be frustratingly imprecise. None of those things bothered me much in the main game, nor do they here, but if there’s one disappointment it’s that while Ireland is haunting and imaginatively rendered, I wanted Eivor’s experience to be a little more unique and equally magical. 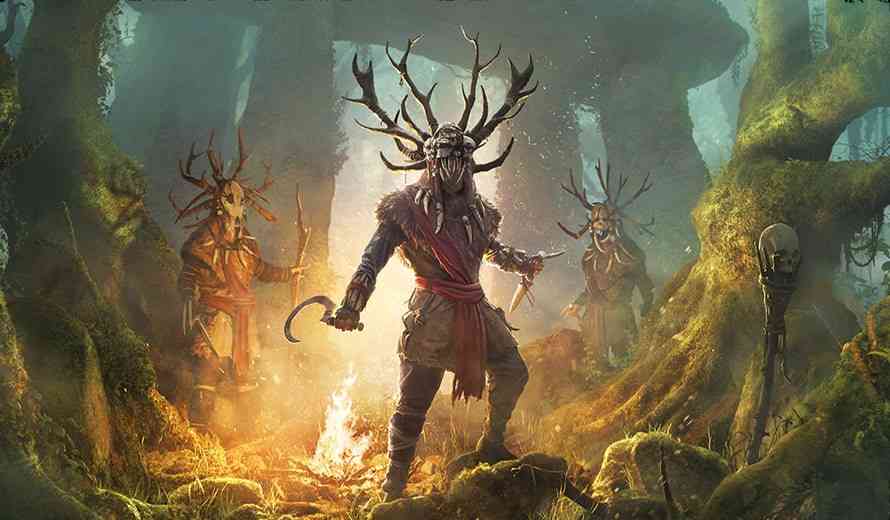 Wrath of the Druids is a substantial, mechanically strong and visually impressive expansion for Assassin’s Creed Valhalla and anyone who appreciated the main game will absolutely enjoy Eivor’s journey to the Emerald Isle. Wrath of the Druids does not make any fundamental changes to Valhalla’s game play but it’s easy to become invested in the new story, interesting characters and beautiful environments, and can be enjoyed by a player at any level.

**Xbox Series X was provided by the publisher for review** 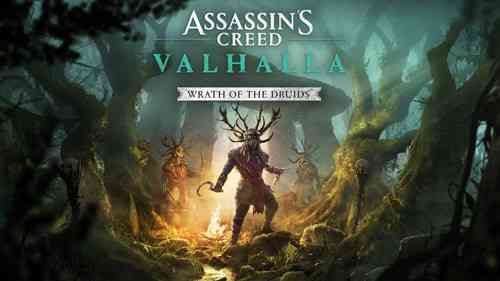 Octopath Traveler II Adventuring to Release Early 2023
Next Metro: Exodus Enhanced Edition Review – The Future Will be Ray-Traced
Previous Subnautica: Below Zero Review – Not A Moment To Lose