Point and click adventure titles are the sort of game we often look back on with fond memories, but sadly, they don’t tend to age well for the most part. Armikrog is a victim of this sort of design mindset, and feels like an adventure game from back in the day. This works heavily against it though, mostly just for it feeling archaic.

Now, it’s not fair to rip on a game too heavily in this case, but with Armikrog, the only thing that feels like any conscious effort was put towards were the visuals. It’s an admittedly beautiful game, and the Claymation is a treat for the eyes, but that’s about all I can say for the title. Technical issues, an underwhelming story that feels oddly paced, and a lack of polish hold this title back. As a result, I find Armikrog to be particularly frustrating.

To Pencil Test’s credit, they are working on patching the game, as other sites have noted similar complaints. The game is a technical mess, and often times I’d found Tommynaut phasing through things, or experiencing strange graphical issues for a good chunk of the game. In one instance, I even ran into an issue where the game’s music seemed to just disappear mid-track, and the only way I could get it to come back was re-launching the game entirely. Fortunately, I’d run into this issue early, as I found out the save system also has no sort of automation to it. I had lost about an hour of progress to fix this sound bug, but if you don’t make a point to save, you’ll lose whatever time you put in.

“There’s the odd puzzle that has a little more thought put towards it, and like everything else with this game, it just frustrates me that it feels so phoned in.”

It may just be due to games making it such a prevalent feature that the lack of an auto-save feels almost alien in this day and age. Even if I’d run into this issue towards the end of the game, I suppose I wouldn’t have to be too worried due to it being a disappointingly brief three hour-long adventure. It’s an oddly paced title where the villain appears after about an hour, revealing his big scheme, and after a few more puzzles, the credits roll. It feels jarring, and for a title that I was eagerly anticipating, it is incredibly disappointing to see a game be so underwhelming in this department as well. Designer, Doug TenNapel has a knack for creating some genuinely entertaining stories, but the pacing of Armikrog just bugs the hell out of me for some reason. 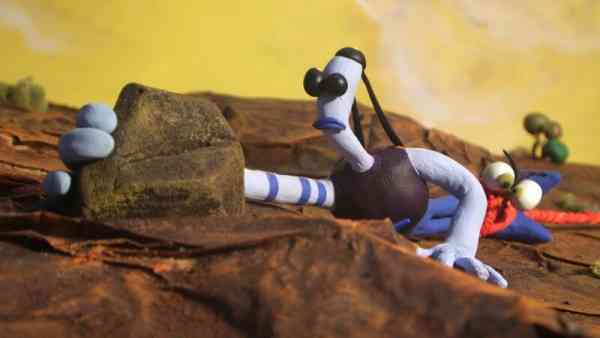 The sound design is another area that left me scratching my head. The music is quite good, and the theme to the game is surprisingly catchy, but despite this, the sound in some cut scenes is downright atrocious. The first cut scene has the characters sounding like they are talking into plastic tubes, despite it being in an open field. It makes no sense whatsoever, and this effect is felt a few more times throughout the game with similar quality.

The puzzles of the game are another area that feels like there was no real effort put towards. If you’re playing this on the PC, be ready to give your screenshot key a good workout, as the majority of the puzzles involve remembering symbols, which in some cases will be randomly generated. There’s the odd puzzle that has a little more thought put towards it, and like everything else with this game, it just frustrates me that it feels so phoned in. There’s no clear way to distinguish anything, and navigating each screen devolves to “click it. Click it ALL!” A simple visual indication of objects that I can interact with would have been a very welcome feature. It may sound like I’m asking for too much, but I’m not a fan of clicking every single thing on the screen to attempt to progress.

Doug, I love your work as a whole, but Armikrog feels like an unpolished mess. If the entire game had received the effort that was put towards the visuals, this would have easily been the spiritual successor to games that I have very fond memories of. This clay could have used some more time in the kiln, that’s for sure. 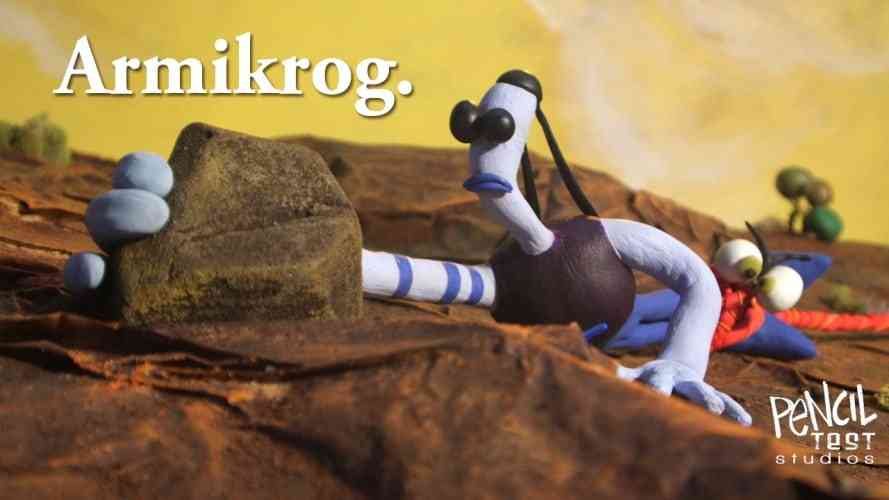