One of the most common conflicts to be found in any form of entertainment is ‘Light vs Darkness’ which is often translated into ‘Good vs Evil’. Aragami is a stealth based game that looks to utilize this trope, but flip it a little by using a very literal interpretation of the ‘Light vs Darkness’. You play as Aragami, a vengeful spirit that is summoned by a priestess whose people have been wiped out by an invading army. Aragami is an assassin who harnesses the powers of the night and shadow itself to carry out his missions. You face off against the opposing army, an army that are masters of light. You must find your way through the forces, killing and/or avoiding detection at all costs to free the priestess and help her gain her vengeance.

So, you’re literally the darkness that fights against the light, a fun little flip of expectations that I enjoyed. Aragami gains his strength from the shadows themselves, and the amount of energy that is available is indicated on marks on his cape that light up. Manipulating the shadows, you must work your way through the ever increasingly difficult levels and avoid detection. The enemies abilities to manipulate light instantly kill you, so adaptation to the environment and often quick use of Aragami’s powers become imperative as the one hit kills will send you back to a checkpoint in a hurry.

“You’re literally the darkness that fights against the light, a fun little flip of expectations that I enjoyed.”

There are a number of abilities to unlock as you go, which you can do by uncovering scrolls in the levels. This means further explorations and more risk of getting caught. The abilities do offer you more ways with which to get away with slaughtering your foes which you undoubtedly are required to do a number of times. The skill trees are split into the stealth focused Ghost Powers or the kill focused Demon Powers. The Ghost skills make it easier to remain undetected or to evade pursuers while the Demon skills make it easier for you to move quickly and get to otherwise hard to reach places for kills. The two skills trees are markedly different and both are very effective which could certainly bring hardcore stealth fans back for a second play through with a different style of movements.

Though, like all good stealth games, Aragami forces you to sneak and utilize your skills to remain undetected for the majority of the game. The game isn’t terribly long as you can probably sneak and slay your way through it in around 10-12 hours, but it’s challenging enough that if you want to collect everything and fully master the game, you will probably need more time. There’s also an online component that allows you to play co-op, which could add to your time with Aragami, depending on how much you enjoy trying to sneak around your friend. 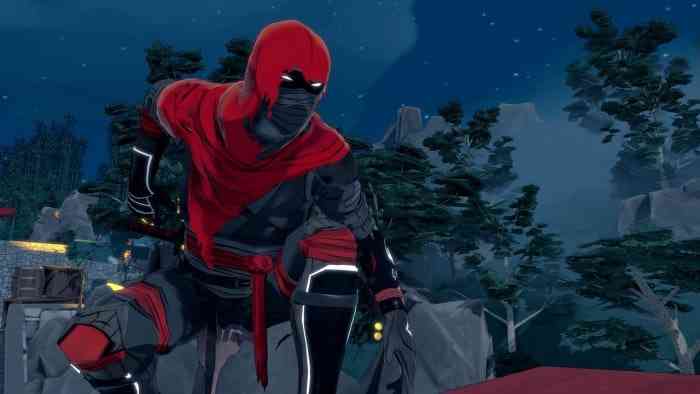 In addition to being a terrific stealth game, Aragami is also very stylish to boot. It certainly isn’t up to the AAA standards of some of the blockbuster games, but its style gives it a unique look that is undeniably cool. The use of the design on his cape to indicate your powers, the way the colour schemes change depending on your surroundings, even they way the Feudal architecture throws shadows works well for the game. There are a few somewhat clunky game mechanics such as the aiming being a little unwieldy or an inability to get on top of some things that are noticeable. Overall, though, this is less a drawback and more of a learning curve as you get comfortable with Aragami.

“Stylish and challenging, Aragami certainly brings enough to the table to win over gamers of all kinds.”

Overall, Aragami is a well designed, fun and challenging stealth game that, minus a few bugs here and there, is a solid entry into the stealth genre. I, myself, am not a hardcore stealth fan as my penchant for murder often outweighs the smarter gameplay choices. However, I could definitely appreciate how challenging while still being fun that Aragami is. There is certainly going to be some times that you will rage quit, but there are even more times that you will be incredibly satisfied by completing an area, destroying a barrier or killing the guy you are hunting while no one is the wiser. If you’re a stealth fan, I strongly recommend this one. Even if you’re just a casual gamer, there’s lots of goodness to be found in Aragami. Stylish and challenging, Aragami certainly brings enough to the table to win over gamers of all kinds. You can find it today on PS4 and on Steam with an Xbox One version on the way. 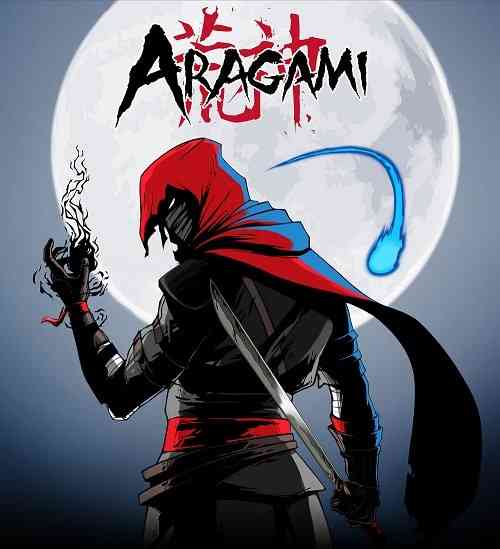