Ancient Amuletor Review – Another in a Long Line of VR Flops

I’ve noticed that I don’t play many games on my über expensive PlayStation VR. It’s not that I dislike the platform and the titles on it, but that I am instead looking for something different. The very nature of virtual reality is that it can produce completely unique and alien experiences that contrast with the everyday games we play on our televisions. But with the release, and huge success, of PlayStation VR, there just seems to be too many games that are more of the same. Unfortunately, TiGames’ Ancient Amuletor sits firmly in that category.

It’s not that Ancient Amuletor, a first-person tower defense game you can play with your friends, is necessarily bad, it’s just that it isn’t very different. The player is tasked with taking down monsters that march towards your towers in an ancient world where the game’s four character classes, known as Amuletors, act as the peacekeepers of this mystical world. The mage, archer, gunner, and puppeteer all come with different abilities and make up your arsenal against the vicious legion. Now if the art and the story set-up didn’t already tip you off, Ancient Amuletors has some serious Overwatch vibes. Usually, I wouldn’t mind. But while the art style stands out in certain moments, it just feels a bit old and familiar. Having played a bunch of Overwatch, the visuals here just weren’t that stimulating and that’s a huge aspect of a virtual reality game where you are literally and physically thrown into the middle of the game world. 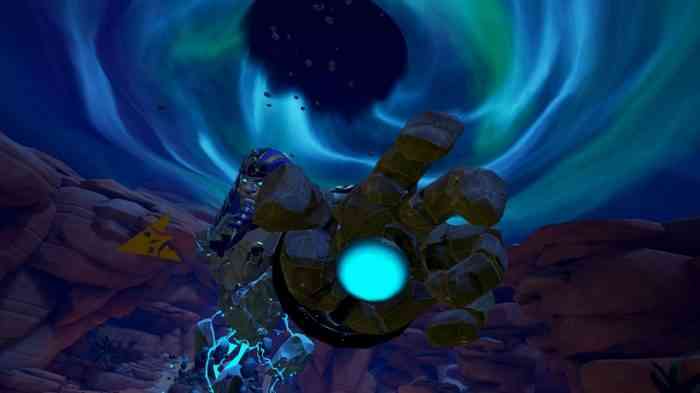 The actual mechanics aren’t half bad as you fling arrows, launch magic spells, and blast enemies away with dual-wield shotguns – yet another striking similarity to Blizzard’s popular hero shooter. While the bow & arrow class feels appropriate as you fire projectiles from long range or barrage enemies with a dozen at a time, the shotgun doesn’t have any force feedback and it feels like I’m not actually hitting my targets. It’s similar to Rainbow Six: Siege in that I never “feel” the hit markers that are showing up on-screen as opposed to how good it felt to fire and connect your shots during the Modern Warfare 2 days. The game also throws in some incredibly difficult boss fights, but I actually preferred that to an easy battle. I’ve found in other VR games that I have played that the gimmick usually gets boring due to the ease of the game and not because I get tired of the mechanics. It’s a telling sign then that Ancient Amuletor is quite difficult and yet I still got bored of the repetitive mechanics sooner than I would have imagined.

Virtual reality titles need to stop putting all of their eggs in one basket and mirror traditional games in their amount of content. Why not have a story mode that has us upgrading our heroes and cut-scenes that allow us to interact in 360 degrees? Why not flesh out the characters some more and set up a Lord of the Rings style plot? It seems like most VR titles are happy to hang their hat on a single mechanic, feature, or mode and then expect the player to be fulfilled throughout the entire adventure.

“Virtual reality titles need to stop putting all of their eggs in one basket and mirror traditional games in their amount of content.”

But there is a bit of depth and diversity in the mechanics this time around. Combining and jumping between classes in the middle of a match is when Ancient Amuletor is at its best. You really have to think quickly and master each class if you plan on winning on higher difficulties. Swapping characters and jumping into an entirely different set of mechanics feels frightening as monsters make their way to your towers and you fumble the motion controllers trying to think as fast as you can. That’s an awesome feeling to have, especially in the VR space, and it had me completely immersed in the experience.

Funnily enough, the game’s focus on co-operative play – as you battle friends to become the MVP at the end of a match and successfully pass a level – doesn’t work well in this context and actually diminishes the terrifying feeling and challenge of playing alone and having to jump between characters to keep everything locked down. 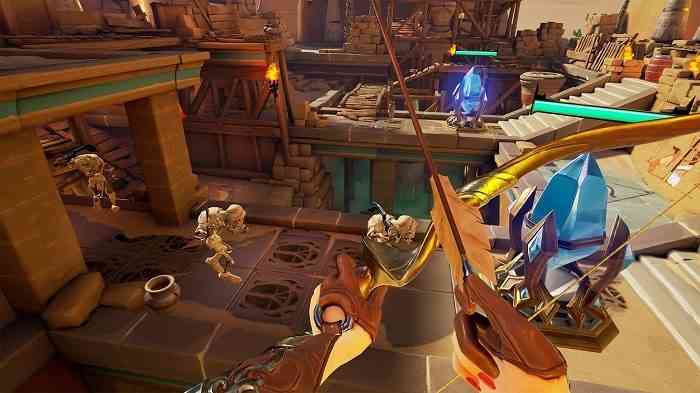 If you’re looking for a quick distraction with fast rounds and short game times, Ancient Amulator is worth a pickup. If you’re looking for a different kind of game that takes use of virtual reality in a compelling way, then defending towers isn’t going to cut it. Ancient Amuletor feels like just another VR game in a landscape that hasn’t been delivering on its promise and potential since the release of Sony’s headset.