The Crew 2 revs its engine for a much-improved experience

I was not kind to The Crew. My excitement to take on what was billed as an innovative CaRPG by Ubisoft, with meaningful progression, a vibrant online experience, and rock solid racing mechanics felt like anything but. The story was forgettable, the connection issues were a plague and vehicles handled like an ostrich in an ice rink. Many of these issues were said to be addressed when Wild Run was released but I’d already moved on. You can imagine my trepidation sitting down to The Crew 2 at a recent pre-Gamescom event hosted by Ubisoft but I was pleasantly surprised by what I played. While we don’t know a lot about the inner workings just yet the raw racing felt invigorating, even if the cars felt just as floaty as ever.

We had free roaming of New York City as well as access to a number of preset events that allowed us to see the many additions that have been made. Taking my first corner it was immediately apparent that the arcade floatiness of the previous game was still there. Granted, there’s probably a lot of tweaking that still needs to happen but for those of us who like our cars to have just a wee bit more grip on the pavement, you’ll need to do some mental adjustments. Either way, it didn’t take too long for me to warm up my rubber and start taking corners like a pro… well, semi-pro at least.

Obviously, the first thing I noticed outside of the handling on my first car was the graphics. Just like in The Crew, the cars look great with spectacular environmental details adding to the ‘ooh and ahh’ factor. Light bouncing off the wet pavement and sunlight peeking through the leaves of trees as shadows flitter over your ride was impossible not to notice. Often times you get moving almost too fast to notice but slow it down just a bit and you can drink it all in. Of particular note are the rolling ups and downs of a rippling ocean as you roar along them on a jet boat but more on that in a moment.

“Light bouncing off the wet pavement and sunlight peeking through the leaves of trees as shadows flitter over your ride was impossible not to notice.”

In The Crew 2, you are able to flip between your chosen favorite vehicle, boat, and airplane on a whim. A simple button push has you in the skies or out on the water with little to no load times. Feel like getting into your boat in the middle of a freeway? You can do that too. While I didn’t get to mess around with any of the airplane events I did find it handy to just hop in the plane and travel to the other side of the map. Speaking with the dev on hand, she made it very clear their focus was to make the events you wanted to do as easily accessible as possible without a lot of wasted time. 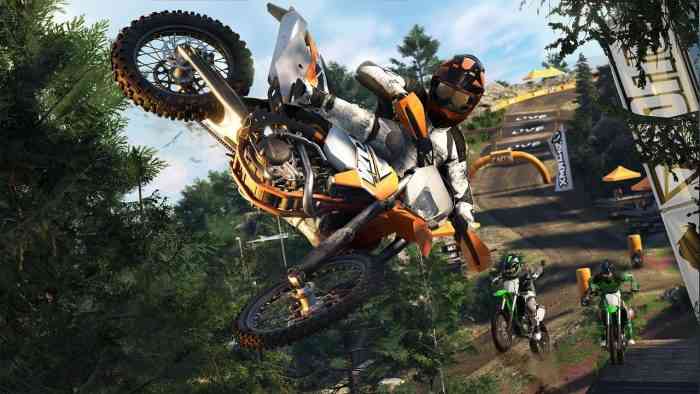 Where I spent most of my time was in the plethora of events that Ubisoft had setup for us to try out. From motocross to open wheel to drift competitions to jet boat racing, there is a ton to do and it’s all a blast. Invites from friends are seamless and I was able to hop into other racer’s crews with ease to join each event. Motocross racing was quick accelerating and very loose, just like it should be. You will need to be patient and learn your tracks and corners if you want to succeed. Other vehicles, the boats, for example, seemed a bit more forgiving but they happened to be the most fun to race as well. Boats react to the rippling waves, the wakes of boats in front and are an absolute blast to play. One particular race had an opponent take a funny bounce off a wave just before the finish line. With his back end coming out of the water and my nose upending him from behind I snuck past in the last 100m to take the win. It was a dirty way to take the race but judging from both our reactions it was a riot from start to finish.

At this point, we’ve seen very little of the inner workings of The Crew 2 apart from joining other crews for events and switching vehicles on the go. The primary focus of our hands on time was racing, seeing the numerous events and vehicles on hand, and experiencing how The Crew 2 is open world like never before. While we can assume that a similar line of progression will be included with vehicles gaining experience (and parts in the form of loot drops!) there’s still a mountain of unknowns. The Crew 2 has a scheduled release date of March 16, 2018, so we’ve got a ton of time before it releases to have all those gaps filled in.