After nearly a half decade long wait, fans of Fox and his squad of pilots will get their chance to save the galaxy in Star Fox Zero for Wii U. Announced at E3 2014, Star Fox Zero is the sixth mainline game in the series and the first for Wii U. Having gone hands-on with the game at a recent event hosted by Nintendo of Canada, fans will be pleased to know that the classic Star Fox formula is kept intact while providing new ways to play with the Wii U GamePad, opening up the game’s mechanics and providing a deeper gameplay experience. Alongside the game comes Star Fox Guard, a tower defense title that comes bundled with the game and, like Star Fox Zero, is being co-developed alongside Platinum Games.

Starting with Star Fox Zero, I got to play the Corneria level shown off at last year’s E3. Being someone that doesn’t have much experience with the Wii U, the controls with the GamePad felt awkward at first, but I slowly grew into a bit of a groove. The control system in Star Fox Zero is quite deep, and it opens up an added layer of gameplay depth once you start to get a hang of it. As I flew through the coastal island of Corneria, sporting a great art style, I was tasked with shooting down enemies, flying through rings to gain health, and finally defeating a boss – or two, which I’ll get to later.

“The control system in Star Fox Zero is quite deep, and it opens up an added layer of gameplay depth once you start to get a hang of it.”

The active play experience of flying in one direction and aiming to blast an aircraft in another is satisfying, but again takes time to get used to. The TV output shows a cinematic 3rd person view of your ship, whereas the Wii U GamePad shows a first-person cockpit view, and players are able to mix and match which one they want to focus on. The GamePad experience surpassed my expectations as my shots were accurate and the congested cockpit view felt perfect for a dogfighting flight experience. But nothing can beat the traditional TV experience when the cinematic set-pieces kick in, especially in the second level I played. 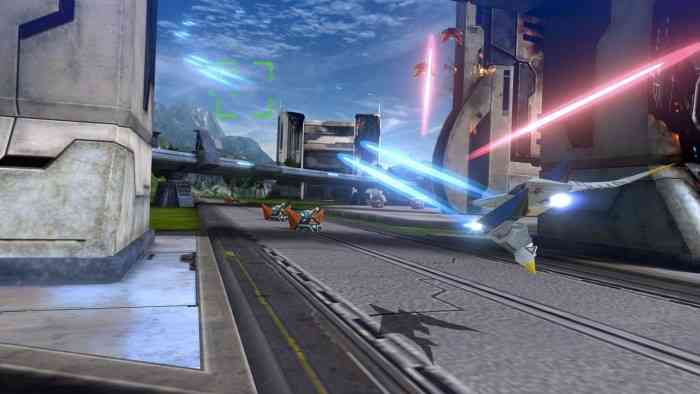 One I fought through waves of enemies, I got to a boss fight that radically changed the way I approached combat and the environments around me. In certain sections of the game, players are allowed to roam in a designated space as opposed to the linear point A to B route when flying through the missions. Although it does make it more difficult to take out enemies, the free roam areas offer more complexity and variation. This is when I used the ability to transform Fox’s ship into a Walker which focused more on ground troops and combat. The Walker has an array of movement ability like a simple dash and a hover mechanic to eliminate targets that are larger than you. When I went back to the Arwing – Fox’s ship – in the free roam sections, I was required to use all the abilities at my disposal and plan my attacks. My ship could dodge incoming fire with a swoop ability, charge powerful shots, and, of course, barrel roll. These areas utilize Star Fox Zero’s sandbox to its limit and change the pace in missions.

Now if players are would like, they can fly to the boss section I first got into or find alternate routes to get to different parts of the missions. This is where some of the replay value comes in, as eagle-eyed players that are able to find these routes will access new areas of a level and even new bosses. Star Fox Zero rewards players for exploration and adds to its lasting appeal after you beat a level. The second level I played was a gorgeous swamp-like alien world with a ton of moving parts, including a beautifully crafted creature, that I eventually fought, flying past me as I got closer to the end boss-fight. This mission, with vines and trees tangling all over the screen, looked and played markedly different to the open skies of Corneria which was great, but there was just too much obstacles on the screen to focus on collecting, health, blasting enemies, and actually getting to the end. The mission and environmental variety was promising though, and it intrigued me to say what the other planets were going to look and play like. 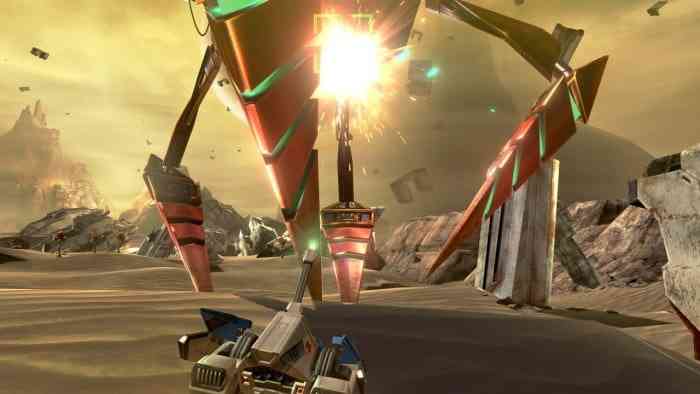 Getting to Star Fox Guard, the tower defense game is designed to be played with a group of friends. You are tasked with blasting away incoming enemies – that vary between attack types and sizes – before they get to the core. One hit, and it’s game over. You can imagine how frantic this gets, and it was just as fun in practice. The core is placed at the center of the small arena, and players are given access to cameras that overlook different paths and entrances. Before the round starts, you can adjust the direction the dozen cameras are pointing towards, and prepare for the assault. On harder modes, and further on into the game, different varieties of enemies come by that complicates things for you and your team of cheerleaders that advise you on the next camera you should gain access to, to blast the enemies away with a simple shot. Star Fox Guard is not simply a companion app, but a fleshed out title that, while completely different to the Star Fox Zero experience, provided more fun Star Fox content for others to enjoy.

“Star Fox is one of our beloved IP’s. Nintendo is probably in the most fortunate position in any games company in the world, even among some of the biggest entertainment companies in the world – we probably have the best IP in the world. When I went for my interview at Nintendo, you walk in and there’s Mario on the sofa, there’s Luigi on the wall, there’s Princess Peach. Star Fox is definitely one of the key ones. It was 23 years since Star Fox debuted, and since then there’s always been this strong following. And that’s why you see from some of the content that we did in the game, we wanted to give a nod to the people who’ve been playing Star Fox for all those years.”

The content Collins is referring to is the addition of the iconic Star Fox 64 ship, complete with retro sound and visual effects, as well as an amazing old school soundtrack. Collins also spoke about support for the Wii U with games like Star Fox Zero into the future saying, “I’m looking at the release schedule and there are some really great games coming out for Wii U. There’s some fantastic games coming out for 3DS. I’m looking forward to working on Wii U games for quite some time.” 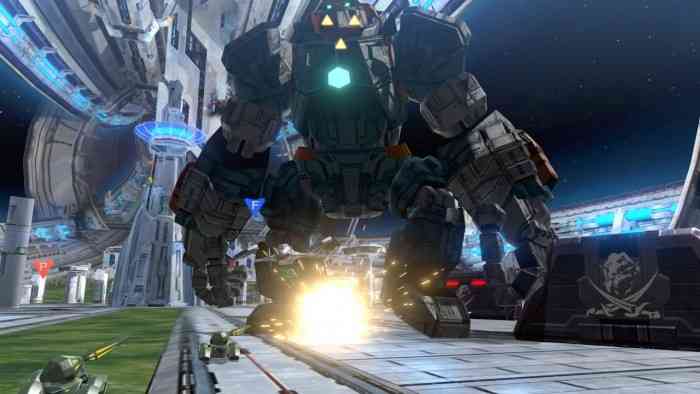 Star Fox Zero offers deep gameplay mechanics and the game opens up as time passes and you get better. The Wii U GamePad experience was a delight to play on, and the bundled Star Fox Guard provided additional fun. It will be interesting to see how different each of the levels in the main campaign play, and how play styles change after players invest more time into the game. Star Fox Zero is a promising return for the red fox and his squad, and Star Fox Guard is sure to keep groups of players on the edge. 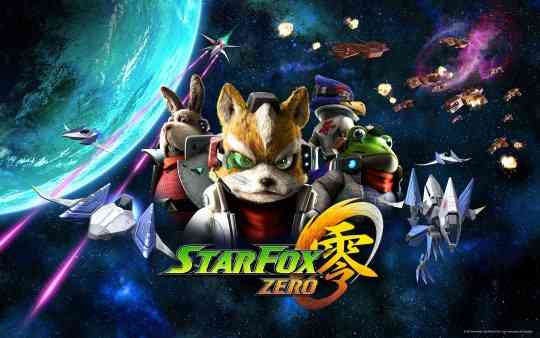