This week, I had the pleasure to check-out Spellbreak, the new magic-centered battle royale from Proletariat, to be available through Epic Games. It is currently in closed alpha, but I’m happy to bring you the sneak preview and the low-down on what to expect on this quirky and fun magical brawl.

Before I played the game, I hit the Reddit for the game to get some great tips for where to start and how to slip right into Spellbreak for the first time. Once I had a good feel for some tricks and tips, I was able to dive right into the tutorial with an idea for how the gameplay would be. In all honesty, even without the pre-priming, the gameplay is intuitive. It’s completely WASD with Q and E thrown in for sorceries and items only taking up 4 slots, so it’s not encumbering at all. Only a few minutes in the tutorial and I felt like I had it down, so I went ahead and queued up for some games.

Essentially, in Spellbreak, the goal is to find a belt, an amulet, gauntlets, and boots, all blessed with some sort of magic feature to help you in your quest to capture objectives and be the last player, duo, or team standing. Each match you choose an avatar, choose a class, and a subclass to apply your skill points to. As you progress, you gain more skill, meaning more magical abilities to take out your opponents.

Spellbreak has three modes: Solo (every player for themselves), Duos (Magical duo combat), and Team Multiplayer (teamwork!), all of which were easy to do as a single queueing player. I was matched up to matches pretty quickly and I found that in the Duos and Team Multiplayer, the players were pretty nice about helping me learn and move about. Voice chat is the only option here, but that’s how it goes these days. 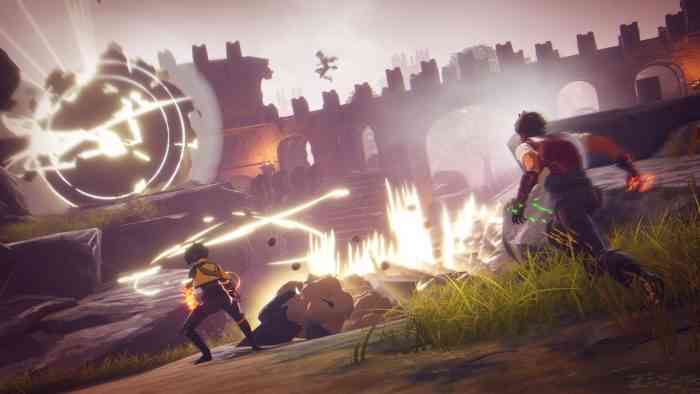 There are a number of classes to play in Spellbreak and I tried out all of the classes available to me, but I think I had the most fun playing as a Toxicologist. The billowing poison clouds and puddles are absolutely brutal and the fact that you can get poison to bounce? Well, that’s game over for your opponent if you pay attention to what you’re doing.

I think the thing that is most striking about Spellbreak is the cartoon-style graphics. They don’t bog down my system at all and while they probably are done that way to keep it light, smart use of cell shading made the actual sorceries look epic against the backdrop. It’s dramatic with a comic book flare and I loved watching my giant poison walls and clouds take over the entire screen. Call me a sucker for cell shading, and you’d be super right.

For now, Spellbreak is still in Alpha, but it’s a solid Alpha. If this is unfinished, I’d say it’s a great start for what looks like it’s going to be a really, really fun take on the battle royale genre. There is nothing more fun than using wind powers to super jump and stay in the air while you pummel poison, fire, or ice down on your opponents. I loved bouncing all over the place and just yelling “Pew Pew!” as arcane missiles launched from my fingertips. I’m excited to see what comes with more patches. It’ll be fun to see what they do with game modes – if they add more than the three with the tutorial. I think it’s safe to say that overall, we’re watching with curiosity at this unique take on the now-classic battle royale. 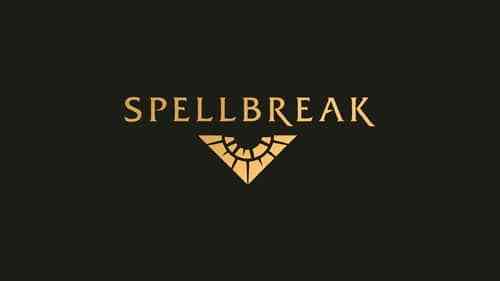 
Fortnite Leak Shows NPCs Are in It for the Long Haul