This past week we had the opportunity to participate in a Q&A session with developer CI Games, who are currently getting ready to launch Sniper: Ghost Warrior 2 for the Xbox 360, PS3 and PC.  It was quitting time in Poland, where the studio is based out of, but they still took the time to chat with us.  Taking charge of speaking duties was the game’s producer Michael Sroczynski.

We were involved in the Q&A along with 6 to 7 other media outlets.  We each had the opportunity to ask a few questions in roundtable format.  The following is a summary of the questions asked and how Michael Sroczynski answered them.  Any questions in red were asked by myself directly while any other questions found in black were queried by the other journalists.

Q: What is appealing for returning fans and how what will the game bring to new fans of the series?

A: There are a lot of improvements since first game.  Any features that didn’t work in the past work now as we are using the CryEngine 3 graphics and AI engine.  There are a total of three different types of environments and we cut out stuff from first game that didn’t seem as fun as it could be.  We focus on sniping more.

The biggest improvements for someone who is returning is what is we have done with AI system.  The first game had a problem with AI being too accurate with regular assault weapons and it didn’t feel fair.  This time around the AI will need a shorter shot distance representative of the weapon they use, and they will need to go cover to cover.  They will react accordingly (e.g. looking for a threat).  If there is a path for sniping system, some enemies may try to flank you and sneak up.  There are also new rifles, a better and deeper story (in Michael’s opinion) about the character himself and not just some sniper out to kill terrorists for the sake of killing them. 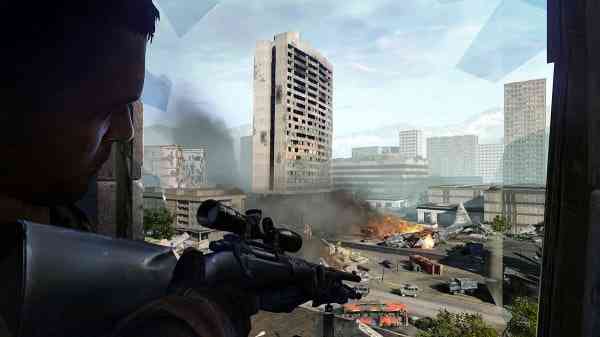 A big feature for those new to the franchise is that the game is particularly about sniping.  You need to use real tactics and it will appeal to those who have not played such game (e.g. those used to running and gunning).  Sniping techniques are front and center here such as wind direction and speed, bullet drop, etc.  You must play as a real sniper and take into consideration of what it takes to be a real sniper.  Even the trigger on the controller must be squeezed gently as opposed to being pulled in one quick action.  We call this the Motion Trigger System.  This is the same has having to shoot a real sniper rifle.  There are also different skill levels for different levels of gamers.

Q: Will there be any social integration?

A: To be honest, no.  You cannot upload your kills or whatnot to YouTube or any other social media streaming.

Q: During development did you ever consider cooperative gameplay?

A: We did consider it.  We thought about it quite a bit during pre-production stage but there are two aspects that made us not go there.  The first was that we wanted a solid single player experience and have a focus on this story.  We wanted to focus resources on this aspect of the game.  The second aspect of why we did not go there was technology.  We did not want to go split screen nor did we want to have to deal with coding issues that are associated with cooperative play.

Q: Can you talk about various platforms you are publishing on?  For the first game the PS3 version was released a year earlier than others; however, this time all platforms are being released at once.  Are all platforms even?

A: The platform that is the main focus this time around is the Xbox 360.  A lot of development was on PC, but it is a console game.  Porting to PS3 was difficult.  The game looks good on both Xbox and PS3 and looks GREAT on PC.  CryEngine 3 is a great graphics and AI tool to use.

Q: Is there any move or Kinect support?  Do in game upgrades make you feel like the best sniper around or does game get harder as you improve as a sniper?

A: No move or Kinect support.  It is played with a game controller only.

The idea of game is to play as a sniper.   As mentioned you must take the sniper techniques into consideration to get better.  Of course there are multiple difficulties but the AI is as deadly on casual as in the harder difficulties.  It is the playability of your player that will change.  For example, the easier mode has a red dot, higher difficulty does not.  You use the sniper as your attribute.

Q: What was it like working with CryEngine 3 graphics engine?

A: We had lots of help from CryTek during development and we learned a lot about the CryEngine 3 engine.  We had to change a lot of coding to make the enemies react realistically to the sniper.  We had to work with engine so much that CryTek will be using our title as a tech-demo for sniping gameplay. 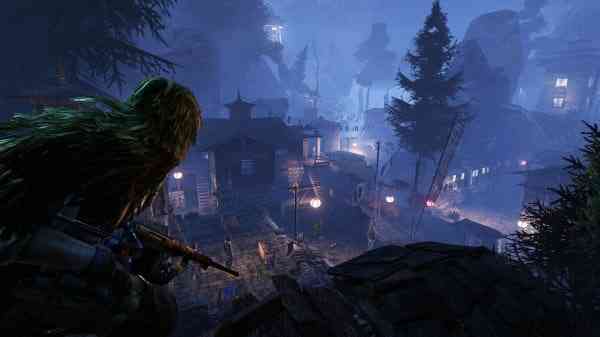 We wanted to get AI to act naturally when confronting the sniper, not just shoot you from long distance with assault riffles.  There are realistic approaches from the enemy AI that we did not do or were not able to do before.  The new graphics engine and technology make it a more realistic and better game.

Q: Can you comment on any multiplayer (MP) modes in the game? If so, what are they?

There is a MP mode, although it is not a full-blown MP mode.  With this in mind it is not to be compared to any other MP modes that are in bigger games.  We do have a “campfest” type mode given it is a sniper game.  Up to 12 players can play and there are a total of three maps.  It is a deathmatch like mode.   If players enjoy it we may add some DLC for more to play.  Single player is the focus though.

Q: What can you say about any DLC?

A: Any DLC that is released will be focused on the single player campaign.

Q: What was the research that went into sniping for this sequel?

We didn’t focus on a REAL sniping experience, as snipers do not run around that much like they do in the game.  In reality they may lie in field for days waiting for their target.  We did question the snipers on the small stuff though.  How to steady your rifle prone vs. standing, and how this actually affects your shot.  We also have the Motion Trigger System (squeezing vs pulling trigger) based on our talks with real life snipers as well as knowing to shoot for center of mass vs. a headshot.

Q: Who were the experts that you dealt with?  Obviously you worked and/or talked to real life military people, where were they from?

A: We worked with the Polish Special Forces.

Q: Do you have a variety of different rifle types?  Are there any upgrades?

A: We have nine different rifles and they all react differently.  There is no upgrade system.  There is a shooting range for gamers to check out the attributes and feel of the rifles (e.g. bullet drop, how wind or weather affects shots).  Each weapon is introduced as they go through the game. 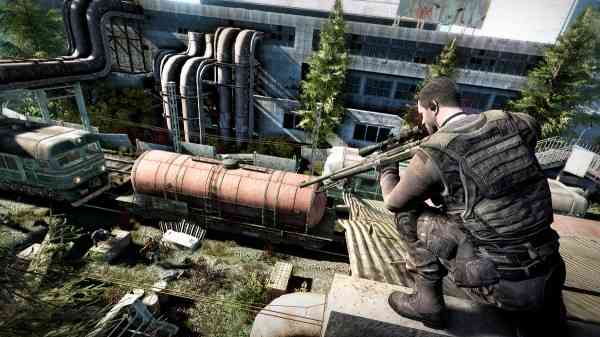 Q: How long is estimated gameplay?  Is there any replayability?

A: The estimated time for an average player to play about 10 hours.  It all depends on what difficulty level you play on; red dot vs. no red dot, enemies on mini-map or not, etc.  In regards to replayability, there is a medal scoring system and as you collect them you unlock MP equipment.  Players may opt to play again to unlock new stuff.  Playing the game on harder difficulties without simplifiers also make it a “new” experience and may be a hook for those to go and play through it again.

Q: Why were there delays in development?

A: We were aware that it was delayed.  It was to allow time to polish the game and make it a better game for those playing.

Q: Can you tell us a bit more about story?

A:  The name of the main character is Cole Anderson, and he is a US marine sniper.  You start off in Philippines as you are sent on an operation.  During this operation Cole has to make a choice and chooses to help his spotter, who is also his friend, when he is caught.  There is a flashback to Sarajevio in 1993 when Cole was paired up with another spotter and new gameplay is in introduced.  This flashback provides some reasons as to why he makes the decision that he does in the Philippines.  We won’t spoil it anymore.  We can say that the third act is set in a mountainous environment in Tibet.

We can note that one of the DLC that are being prepared will be a completely new environment.

And as quickly at it started our time with the development team was over.  We’d like to thank CI Games for taking the time to sit down and discuss their upcoming game with us.  We are looking forward to playing the final version of the game and you should be able to look for a review of Sniper: Ghost Warrior 2 in the next couple of weeks.  Until then check our some screens below: 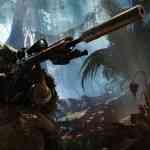 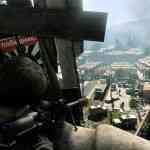 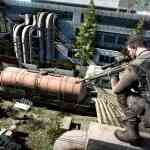 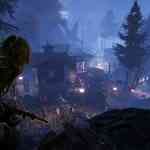 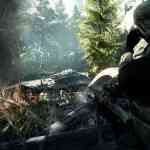 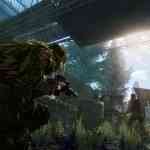 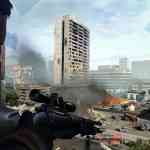 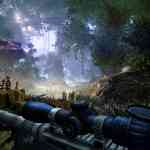 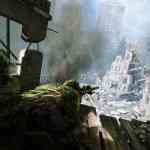 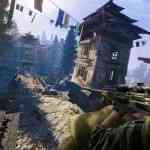