H. R. Giger and Zdzisław Beksiński might not be household names, but to lovers of surreal fantasy art, they are demigods. Giger almost singlehandedly created the visual style we know as biomechanical, most famously influencing the art direction of the original Alien movie. Biomech-style tattoos are incredibly popular. While horror and sci-fi-themed games have also channelled elements of Giger’s approach, the upcoming Scorn looks like Giger and Beksiński designed every frame.

Not What You Think

Scorn’s art and design might suggest the setting for a Soulslike action game. There is some combat, but Scorn defies expectations. It’s actually a first-person puzzle game. Imagine Myst-like environmental puzzles in a pulsing, oozing biomechanical world. Scorn is definitely focused on exploration, atmosphere, and world-building. The developers describe it as a “first-person biopunk survival horror adventure.”

At the start of the game, you awaken in an unfamiliar environment, a vast labyrinth of interconnected corridors and chambers. As there is no narrative — or voice work of any kind — the player must explore, piece together clues, and solve puzzles to move forward. The path is not linear, and puzzles or machines in one area impact doors or other elements in previously blocked sections. Although Scorn relies on the player to use trial-and-error and grey matter to figure things out, it does give very subtle hints along with way. 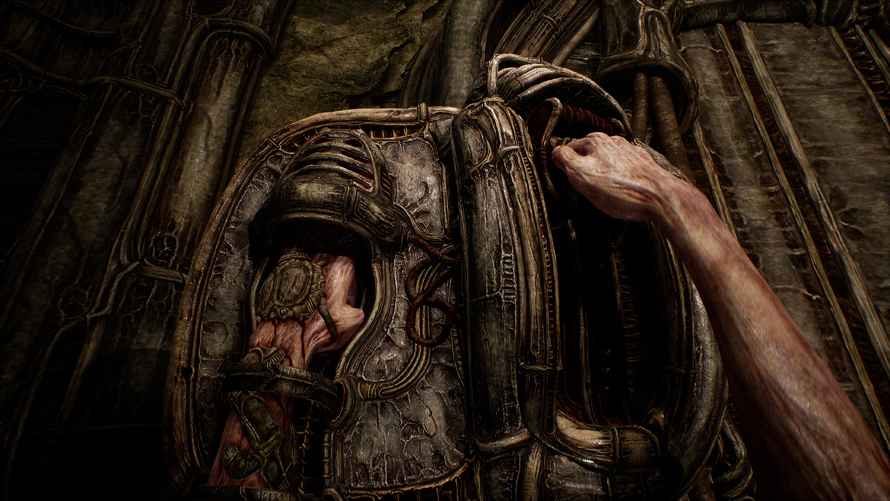 There are relatively few, if any, jump scares in Scorn. Instead, the feeling of dread and despair comes from the oppressive atmosphere, art design, and audio soundscape.

Welcome to the Machine

In keeping with the biomechanical theme, solving puzzles and powering machines in Scorn nearly always requires merging physically with some sort of contraption. There are biomech machines throughout the levels. By inserting your arms, you can power doors or move objects. Doing so helps you solve puzzles. At least in Scorn’s prologue, the puzzles are often multi-part brain teasers. For example, in order to open the final door, you need a “companion.”  You get the companion (you’ll discover) by hatching an egg. You get the egg from solving a lengthy series of smaller puzzles, including an elaborate sliding box mechanism.

I’m a little conflicted by Scorn’s puzzle mechanics. Impatient gamer that I am, I don’t always feel like solving three or four related puzzles to achieve a single objective. It’s easy for a puzzle game to cross over from a “series of engaging puzzles” to a “game padded out by arbitrary puzzle mechanics.” It doesn’t help that, even when the goal is clear, the game’s camera and controls are imprecise enough to get in the way. It also breaks the immersion into a mysterious world where its design contradicts what practical engineers — human or alien — would create. In other words, why, except in a puzzle game, would a civilization require ten steps to open a door?

But that’s just me. There are legions of gamers for whom intricate puzzles are the ultimate draw. Those gamers will be drawn to Scorn like a biomechanical moth to a biomechanical flame. 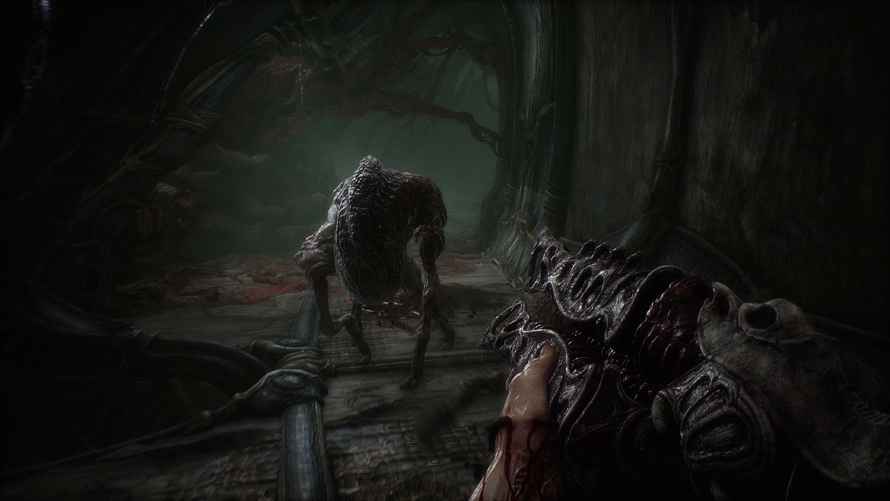 One is the Loneliest Number

As there is relatively little to interact with in Scorn’s environment aside from machinery and the occasional enemy, it feels like an H.R. Giger painting come to life. This is an entirely good thing, as the artist has never been so thoroughly channelled in a videogame before. Every wall looks like it was built from coiled intestines, bones and muscle. The color palette — at least in the prologue — is, like Giger’s paintings, nearly monochromatic. The lighting is dark, moody, and full of shadows.

Scorn’s audio focuses on the squishy sounds in the world, the lonely echoes of machines, and the feeling of being in a vast and empty space. The music, as such, is subtle electronic moans. Like the game’s art direction, Scorn’s audio is an important element in creating a mysterious, alien world. 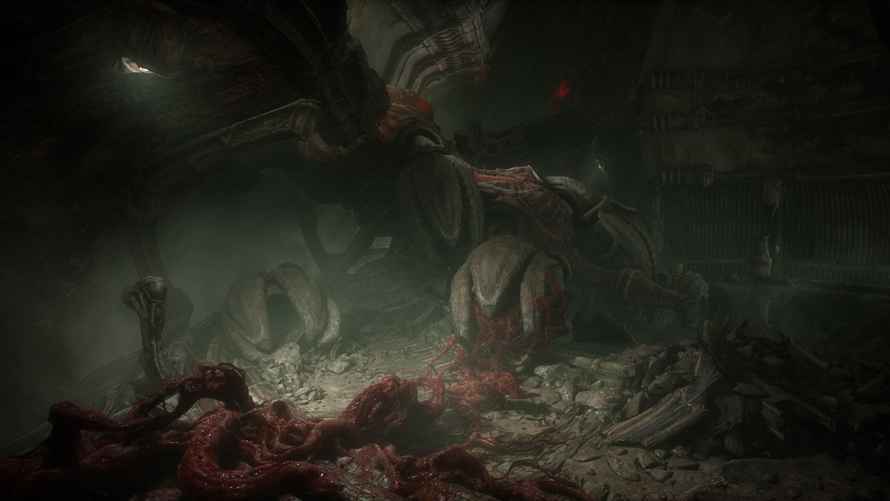 Scorn is a visually arresting game, and if you like the art of Giger and Beksiński, you’ll feel at home. With a strong emphasis on puzzles over action, it may frustrate some with its slow and deliberate pace. That said, my experience is based on a very short section of the game. I’m looking forward to seeing how the full game’s environments, action, and puzzles develop and change throughout a playthrough when it releases on October 21. 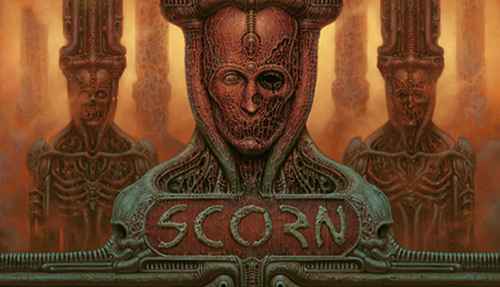 Marvel’s Avengers Support Will Discontinue In Late September This Year
Next PGA Tour 2K23: Finding Your Authentic Swing is Magical
Previous Stick It to the Stickman Isn’t Sticking Anything to Anyone