For Those About to Rock, Rocksmith+ Salute You

The At-Home School of Rock is in Session

As someone involved with music education for decades, I am passionately in favor of just about anything that gets people playing an instrument and maybe even makes the process fun. Thanks to excellent YouTube teachers and dozens of lesson sites like Peghead Nation or Steve Stine’s Guitar Zoom, learning guitar or bass has never been easier. Well, learning an instrument is never really easy, but all these opportunities at least make it accessible and the possibility of someone clicking with at least one method or teacher is pretty high.

Rocksmith has been around for almost ten years and is poised to release Rocksmith+, an updated and app-enabled version of its product. For anyone who might be unfamiliar, Rocksmith takes inspiration from the popularity of games like Guitar Hero and Rock Band, but instead of playing on toy guitars with only a tenuous relationship to the actual thing, it allows the player to use real instruments via a USB/audio cable.

Gamifying anything — from boxing to playing the guitar — of course taps into that deep seated dopamine drip of incremental rewards, scores, achievements, upgrades, and unlocking new content. It works for Beat Saber as well as it does for a shooter or MMORPG. Rocksmith+ tracks every song or lesson you play and scores it for accuracy, allowing you to level up and unlock cosmetics and generally just feel good about your progress. Its adaptive learning features mean that as you play, the software recognizes your competence and adjusts its demands. It’s cool to see repeated play-throughs of songs become progressively more difficult as you improve. If you get stuck on a tricky lick, you can isolate and practice it at various speeds. 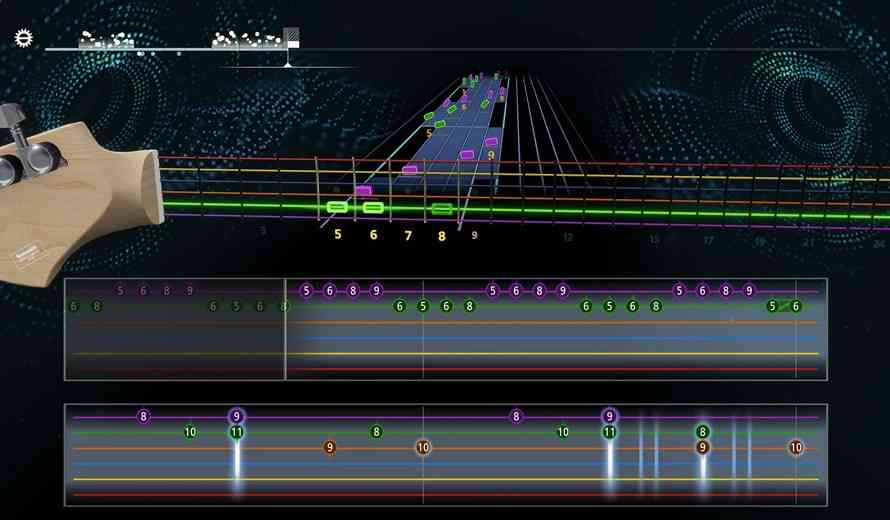 Rocksmith+ works with acoustic and electric guitars and electric bass and tracks your playing either through plugging into your computer with a proprietary cable or using the microphone on your phone or tablet and the Rocksmith+Connect app. Given that this was a closed beta trial, I expected some issues. I was unable to get the app to sync with the desktop software but the Rocksmith cable worked great with a wide variety of guitars and basses. It isn’t exactly plug-and-play, though. Users might need to adjust some Windows sound settings and inside the Rocksmith+ software to reduce latency. That latency issue is critical since the game is asking for spot-on timing.

Rocksmith+ is broken down into lessons and songs. The lessons cover most of the material beginning, intermediate and advanced players need to play single-note lead lines and chords in a wide variety of styles. Each concept is introduced by a video demonstration and followed by a short practice track that integrates the technique into a clip with a full rhythm section, which is certainly more engaging than practicing with just a metronome alone. If there’s one aspect to playing that Rocksmith+ (or, for that matter, video or YouTube lessons in general) can’t account for, it’s left hand fingering accuracy. It tracks your note accuracy and timing proficiency but assumes that you’re using the “correct” fingers on the frets to make it happen.

Songs for Every Taste

In the song section, there are hundreds of licensed tracks from a wide variety of popular (and classical) genres and while the selection of artists is currently a little narrow and not everyone will enjoy all the songs (or even recognize them), there is definitely something for everyone in terms of style and difficulty. Rocksmith+ promises that “millions” of songs will be added in the future. A very cool feature called Rocksmith Workshop will allow for user-created arrangements to be added, though I’m not sure how that will be impacted by copyright and licensing restrictions. There are a lot of options for setting up how each song is played, from viewing traditional tabs along with the note map to tempo adjustments to make learning easier. 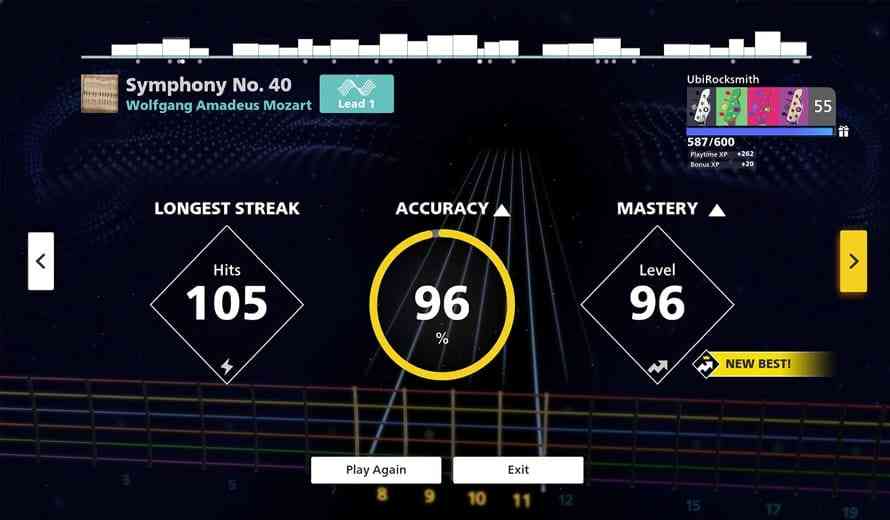 Will Rocksmith+ teach you guitar or bass? Absolutely, though any form of teaching absent an actual instructor always carry some drawbacks. Still, if it makes playing an instrument addictive or fun, taps into the thrill of making music and acts as a gateway for more sophisticated exploration, it’s hard to do anything but appreciate the product.

Rocksmith+ will be a subscription service, starting at $14.95 per month ($99 per year). That isn’t inexpensive, though it is in line with several other online music learning services, and presumably includes access to the growing library of songs and lessons. Additionally, although launching on PC, Rocksmith+ will eventually make its way to consoles, hopefully enticing an even wider audience into picking up an axe, or finally doing something with that guitar they picked up during the COVID lockdown and is still sitting neglected in its case. 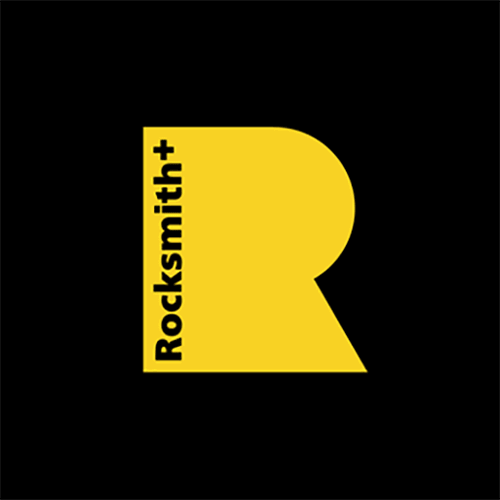