When I think of roguelikes, I picture linear and procedurally generated action games, often with a platforming element. What I don’t often pair together is the “die and start over” mechanic with a large open world. Yet, that’s exactly what Swedish developer Systemic Reaction is setting out to do with Ravenbound. I had the opportunity to chat with members of the team at Systemic Reaction as well as play a few hours of the game. Though there are a fair number of blank areas waiting to be colored in, I got a great sense of what’s in store for players when the game releases.

You are the Vessel

Ravenbound blends a number of gameplay systems in a unique way. There is Soulslike action combat, with light/heavy attacks, the ability to block/parry, and a grappling hook for reaching vertical spaces. There’s a collectable card element, with cards adding to a character’s stats, plus buffs, debuffs, and special attacks. You find the cards out in the world and lose them when you die. You can, however, permanently unlock the chance to find them as you adventure. Because death restarts the run, having the potential for a selection of powerful cards is very important.

When you start a run, you can choose from a range of Vessels, which are pre-rolled character classes. It reminded me a little of Mortal Shell, where the player can switch shells and take on pre-made new classes at will. Aside from picking a Vessel, there is no character creator per se. 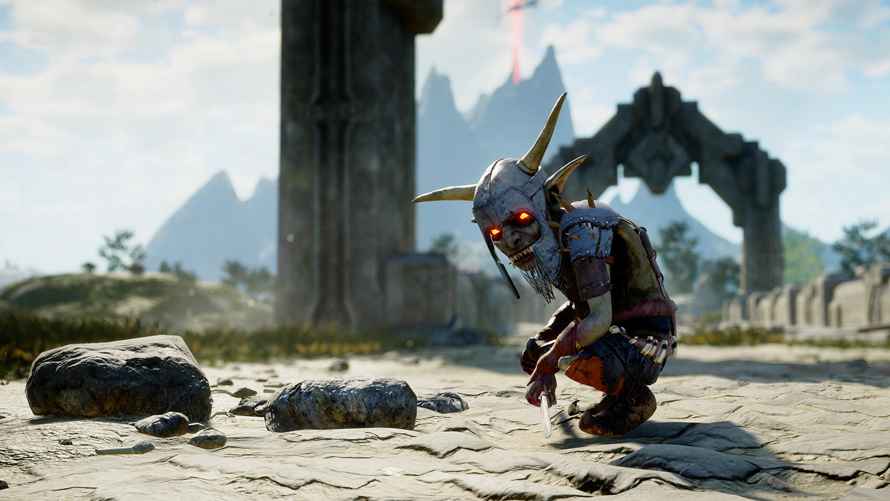 Ravenbound’s combat will feel familiar to action RPG veterans. There is no stamina bar, but the block mechanic — sort of a force field around the player — has a timed window in which it’s effective. Miss the block and you’re open to taking a hit and being staggered. The grappling hook is fun to use. A little weirdly, it doesn’t always anchor to a specific spot, but seemingly hangs from the sky. No matter. It gets you where you need to go. And it works. 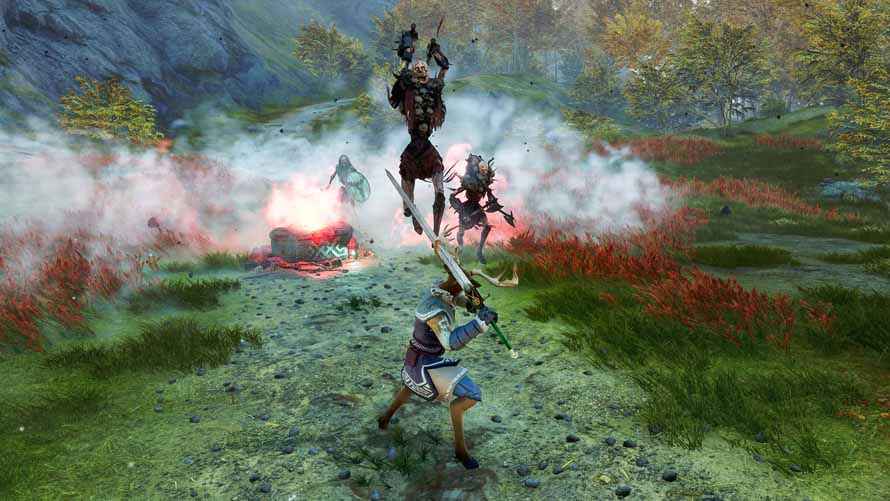 At the end of the game’s tutorial, you become Ravenbound. This allows you to shapeshift into a raven and fly around the map. Flying and swooping around the world is fun, and it’s quite a bit like controlling the raven in Assassin’s Creed Valhalla. You always begin a run from the same temple and there are mission markers that guide you to key locations. Although the world is not procedurally generated, enemy placement will vary from run to run. Because Ravenbound is a roguelike, there are no bonfires or respawn locations. There are, however, NPCs to interact with.

Another interesting idea is that while Ravenbound is single-player only, you can loot the corpses of other fallen human players. This gives you the opportunity to snag whatever cards they were holding. 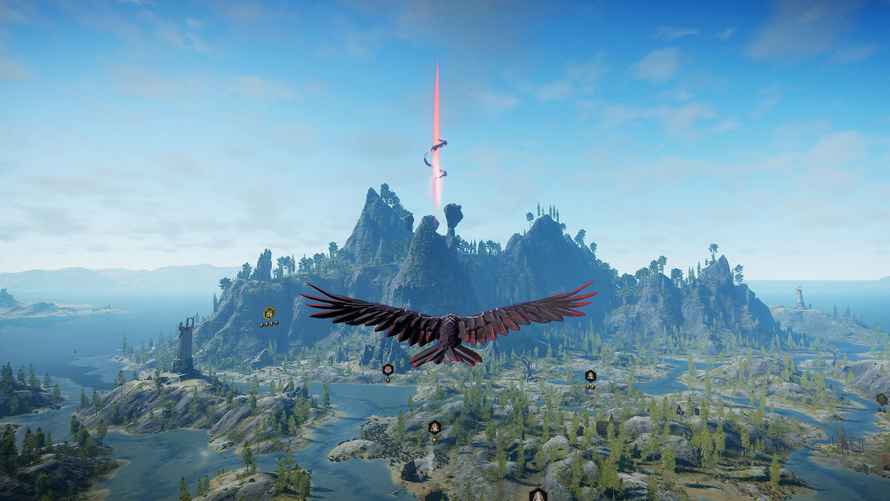 While the world and some enemies draw from Swedish/Scandinavian folklore, the developers emphasized that the game is not rooted to one culture. They felt free to add interesting folkloric and narrative elements from many traditions and, of course, their own imaginations. While the tutorial is necessarily linear and has an ancient, ruined temple or castle vibe, out in the world there’s a lot of variety in the landscape. The largely acoustic-sounding score is by Two Feathers, the music studio behind the recent Metal Hellsinger. Talk about range!

An Unexpected Combo That Works

I had a very limited amount of time to spend with the current build of Ravenbound, but I really like the mechanical mashup of roguelike and open world. Combat was familiar but just different enough to be interesting, and the collectable cards made each run unique. I look forward to playing Ravenbound on PC when the full release is ready. 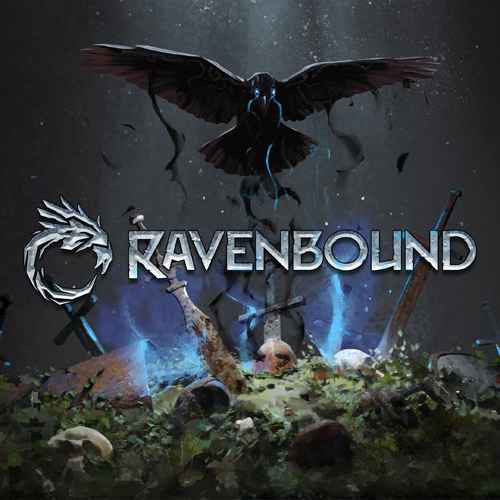