I still remember playing the first Zoo Tycoon game almost two decades ago on my family computer. Dear Lord, I loved the crap out of that game. I spent so many hours fawning over my animals; making sure they had the perfect enclosures with all the best trees and shelters and zookeepers my young self could provide them. It always struck me as a shame that the franchise never released another sequel quite as deserving or promising, and I always dreamed that one day there would be one. And now, after all these years, I can finally say with full confidence and pure elation that we’ve got it: Planet Zoo is everything I’ve ever wanted in a zoological wonderland — and more.

Planet Zoo is currently in its Beta stage until October 8, and it offers one short campaign and a Franchise mode, which allows you to open multiple zoos on different continents with vastly different biomes and trade animals with other players online. The available campaign is essentially just a glorified tutorial for basic mechanics, but even after seeing it through I still found myself climbing the overwhelmingly steep learning curve that spans the massive (and sometimes downright confusing) gameplay mechanics.

In saying that Planet Zoo is everything I’ve ever wanted and more, it’s important to underscore the word more. Planet Zoo may only be in Beta mode, but it’s a gargantuan of a construction game. It’s a land of endless possibilities, and in some ways, its boundless exercise in freedom of choice stunts the overall gameplay experience. It’s the kind of game where, following the suit of its wildly acclaimed rollercoaster-crafting predecessor Planet Coaster, if you can think it, you can build it. There are hundreds of building materials — props, barriers, signs, you name it — and almost no restrictions to where and how you can place them. Don’t even get me started on the plethora of different plants and trees too, all of which can be filtered by biome, continent and more for easy(ish) sifting. 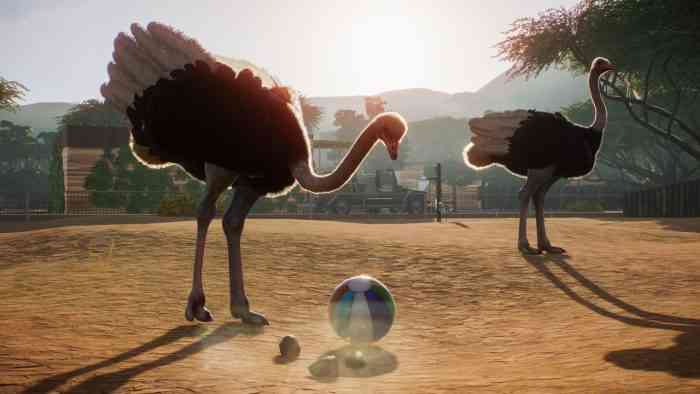 Not only is the construction system extensive, but so is just about every other system in the game. You can purchase animals either with an in-game currency called Conservation Points or with regular dollars once you establish a trade center in your park, and you can sort them by their species, price, age or appeal to visitors. Animals have extremely complex needs relating to their welfare, and it takes considerable attention to make not only each species of animal, but each individual animal reach their maximum level of happiness. You’ve got to consider basic things such as how much space they are given and how big or small their herd is, as well as more complicated needs such as what percentage of their terrain is covered in short versus long grass. No, if you wanted to simply plop down animals and go on with your day, you’d better get used to protesters showing up at your zoo with picket signs and megaphones — it’s going to take a lot more than low-grade food and haphazard enclosures to make everybody happy.

It practically goes without saying for anyone whose already seen screenshots or trailers for Planet Zoo, but the game looks absolutely incredible. The amount of detail in every little thing, from the skin or fur of an animal to the blades of grass on the ground, is astonishingly realistic. It’s actually almost mind-blowing how good the game looks when you zoom in as close as possible, and it makes it even more of a joy to play that the animals have their own personalities and behaviors to observe. Not only does it look good, but it feels pretty good too. While I have some complaints about the game’s mechanics, I have to say that the performance itself is smooth outside of a few glitches such as guests getting stuck and walking in place and minor things of that nature. 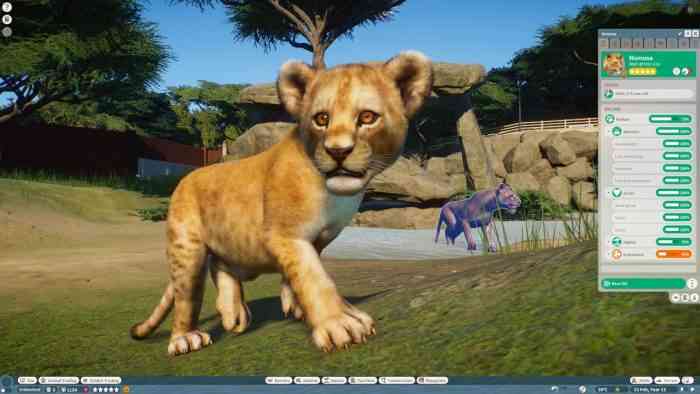 Planet Zoo offers limitless possibilities, advanced micromanagement systems and breathtakingly realistic graphics, but it is definitely not without its faults. The first few hours of the game had quite a few frustrations in the cards for me, and these have to do with both the insane learning curve and some of the annoying quality of life choices. It’s my belief that both Planet Coaster and Planet Zoo make it much more complicated to build than it needs to be. Sure, it’s nice to have freedom, but I kind of wish there was an option for the times when you just want to build a square enclosure or a path effortlessly. Spoiler alert: It will never be that simple. I’m really not sure why building a fence or a path can’t be as easy as clicking and dragging until your heart’s content. Instead, you have to drag a slider to set the length of said fence or path in meters, and then place it down and keep adjusting the slider to different lengths until you throw in the towel and just accept that you will probably never achieve a perfect rectangle or square. Forget about placing straight lines, too. Why there is no option to view the map on a grid, I’ll never know. Or maybe there is, and I just haven’t figured it out yet. In Planet Zoo, I never assume I’ve got it all figured out.

Something that left me a bit uneasy with the Planet Zoo Beta is that I’m not quite certain if some things were bugs, or if they were just annoyances built into the game. For example, there are research centers you have to build in order for veterinarians and mechanics to research topics to better the welfare of your animals or make advances in your park, and you have to constantly open the research panel and drag your vets or mechanics over to the topic to begin their research. However, time and time again, I would open up the research panel to find that all my staff had just stopped researching for no foreseeable reason. Is there a reason they refused to continue that I’m supposed to blindly figure out, or is this a simple programming error in the game that will be fixed by launch? Sadly, the Beta left me questioning more than just this. 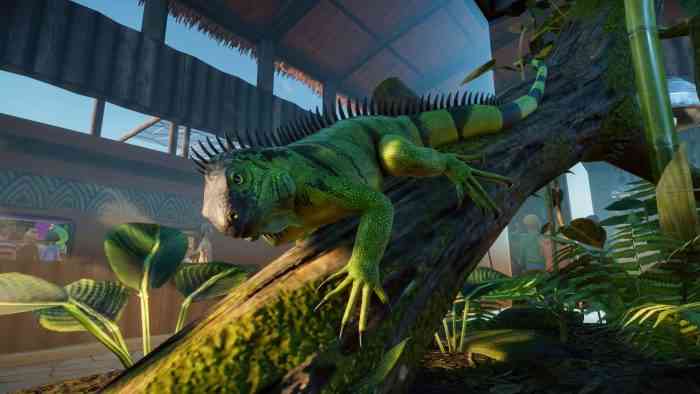 Planet Zoo still has a little ways to go before it makes its full debut, but I am full of optimism. Despite some frustrating quality of life choices, a serious in-game lack of explanation on certain nuances and mechanics, and quite a few conundrums leaving me wondering if there was something wrong with the game or something wrong with me, I still absolutely adore Planet Zoo. It looks and feels amazing, and while I wish the construction system had abridged options for simpletons like me, I can’t wait to keep working on the zoo of my dreams. I’ve still got a long way to go before all my animals and guests are completely happy, but the journey there is an absolute blast.

Gran Turismo 7 Is Back Online
Next Jedi: Fallen Order is the Star Wars Adventure We’ve Been Waiting For
Previous A Wonderful Blend of Fitness and Gaming in ‘Ring Fit Adventure’ For Switch