Demon-slaying game Neon White turned heads when it was first revealed in February 2021, and we were delighted to get a chance to learn more. From the slick anime art to the open level design to the incredibly stylized card-based FPS mechanics, everything about this game bleeds style. Its self-aware writing and unexpectedly nuanced characters add a lot to the core game design. In a hands-off preview with designer and creator Ben Esposito, we got a chance to dive into Neon White.

Apparently, Esposito has been working on Neon White since his last game, Donut County. He stated that Donut County was a game for everyone, but Neon White is intended as a game for very specific people. This comes across loud and clear in the game’s highly optimized design. Neon White is crafted specifically for speedrunning–the goal of completing a game as fast as possible. It features over a hundred hand-designed levels, most of which take less than a minute to clear, all designed for replayability. Players are ranked, both within the game’s narrative and against each other. Esposito believes that if the demo is anything to go by, it’ll be very competitive.

A Different Breed of FPS 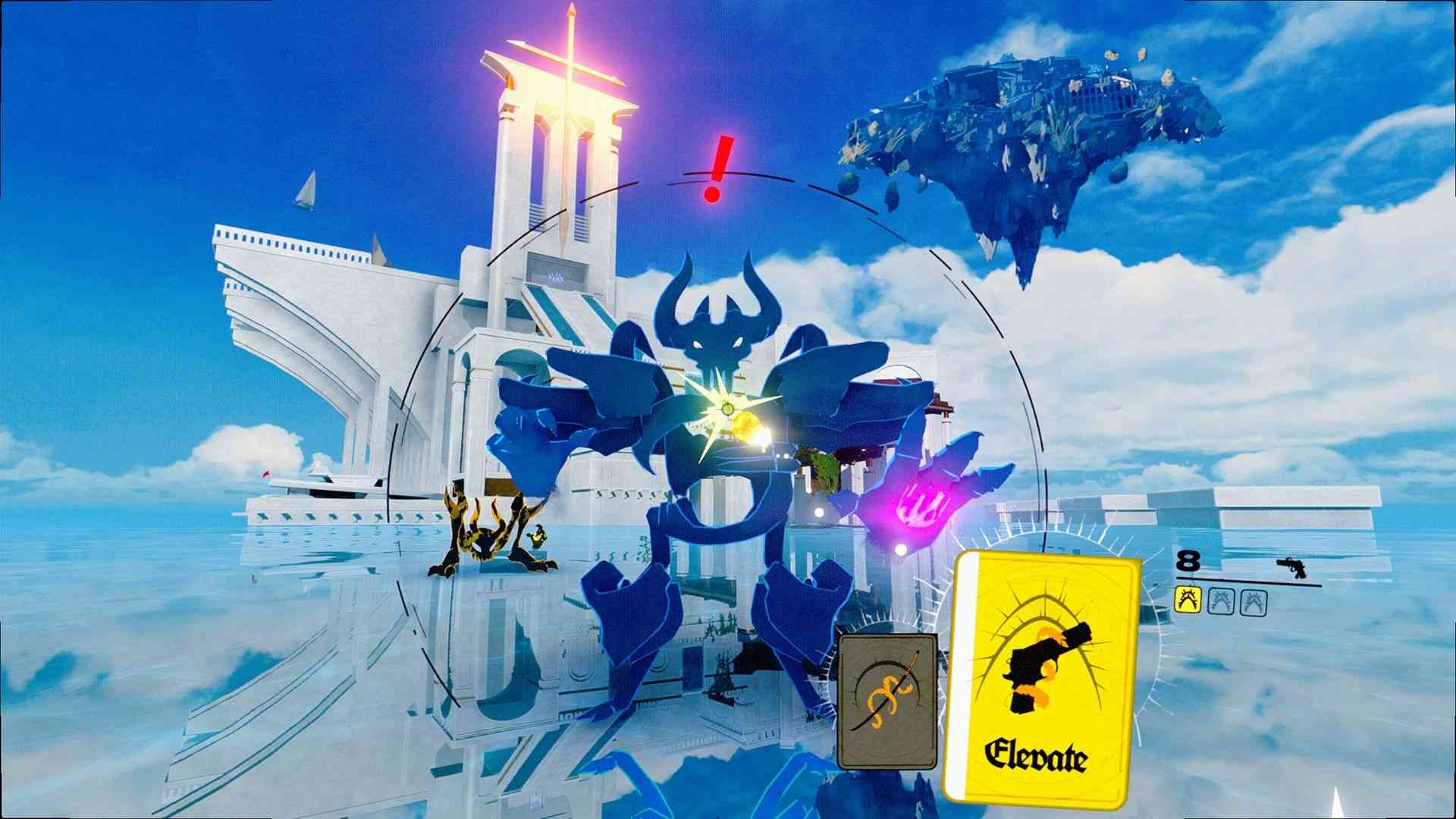 In this game, weapons and ammunition take the form of cards and no hands are visible. This was a deliberate decision on Esposito’s part to help convey the game’s unique approach to FPS mechanics. Neon White is designed to encourage a different way of thinking about the genre, encouraging scrounging and environmental interaction. Esposito went on the record that he doesn’t like it when shooters give you too much power, too many options, and generally make you unstoppable. He likes it when games subject players to suffering and pain. As such, you don’t get to keep any resources in Neon White. In fact, the resources are built into the world.

Cards are picked up throughout a level, but they’re also earned by killing demons. The game’s lightning-fast pace means that you have to constantly change cards at breakneck speed even when you’re playing a level 10 seconds long. Apparently, guns and hands couldn’t work at that speed and remain clear, so the team chose to represent weapons with cards instead. Different enemy types can also interact with each other or open up new paths through the level. 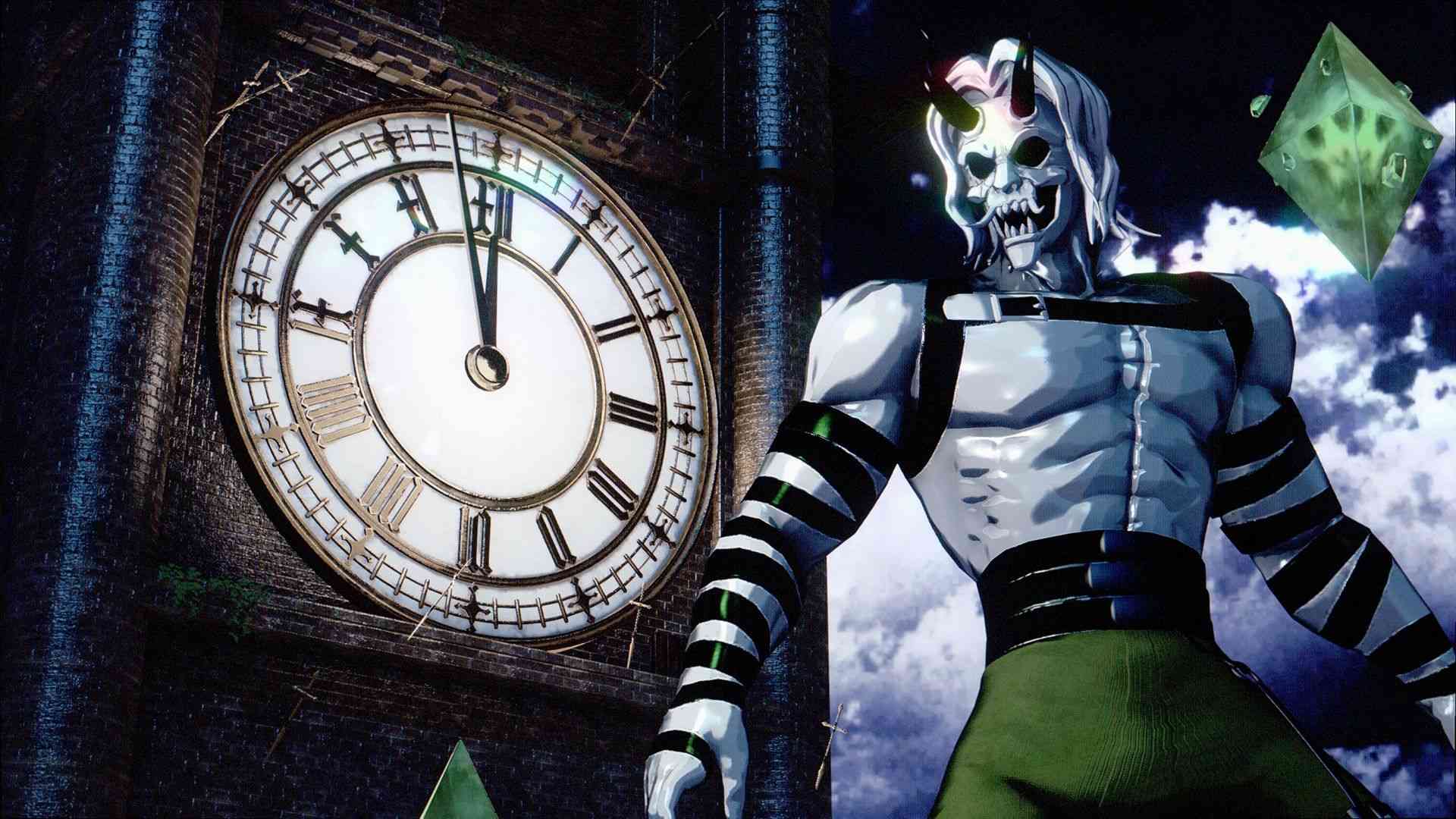 Neon White’s visual style strikes a neat balance where the visual novel portions and character designs are lavish and surreal, but the gameplay graphics are often quite minimalist. Its tone also strikes a balance between flippant and unexpectedly sincere. Esposito thinks that the game is operating on a wavelength not everyone will like. According to him, he’s kinda sick of subversions, so Neon White is going to be exactly what it looks like. That means campy fun, but it also means some serious and indulgent melodrama. The tropes and story beats it uses evoke a very specific period of time. Namely, the late 90s and early 2000s DeviantArtcore aesthetic and development style.

Esposito listed some of his inspirations as seminal anime classics like Cowboy Bebop, Trigun, and the work of Steve Blum–who voices protagonist White. His goal is to create a game that is both genuinely good and genuinely fun overall. Neon White intends to embrace the cringe and be exactly what it is: a little earnest, a little funny, a little vulnerable, and very anime-inspired.

This game is also almost the exact opposite of Esposito’s previous title, Donut Country. This has led to some confusion from his fans. According to Esposito, it’s challenging to convey that he can create both family-friendly and dark and edgy works. However, he has a huge range of interests and wants to explore different tones and approaches throughout his career. 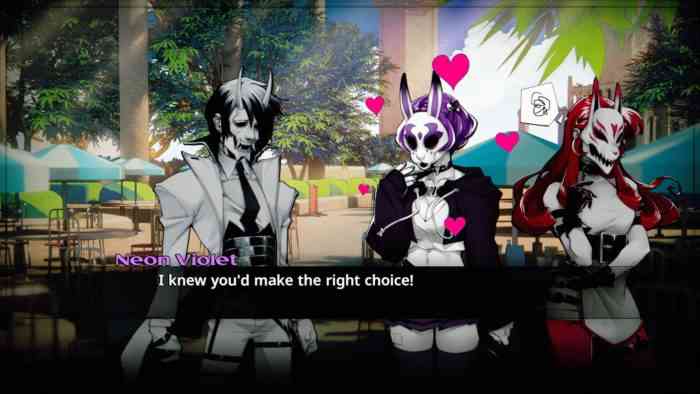 Looking at the Neon White preview’s visual novel portions, the gorgeous anime art, hang-out sequences, and relationship values jump out at you. It’s easy to assume that there’s a dating sim element to this game, but you’d be wrong. Neon White may have some elements in common with the genre, but it’s a linear story with one protagonist. Furthermore, the story is not about romance–it’s about unlocking and understanding the connections between the cast. Everyone has a different relationship with White, but those bonds aren’t always sexual or even romantic. They’re just a glimpse of interesting adult relationships.

The demo is designed to come off as lighthearted and silly, but Neon White is a game where every character has guilt, regrets, and failures to deal with. Apparently, the religious themes weren’t added in lightly. Irony and humor will lure players in, then the emotions will hit them like a two-by-four. In other words, players expecting to kill god at the end of the game will be disappointed. Neon White is a game about second chances. And lots and lots of speedrunning, of course.

All in all, Neon White looks like a surprisingly powerful exploration of death, regret, and second chances. Gamers who love speedrunning should definitely check it out. 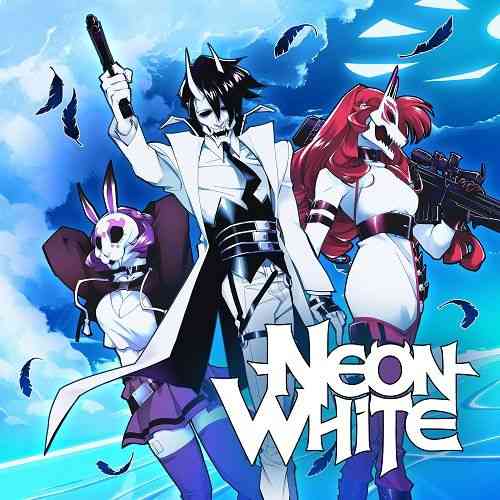