Beat Up Your Childhood Faves With MultiVersus

Smash clones, or platform fighters, are always a tough sell. It’s almost impossible to escape the shadow of the original series. You need a serious hook to stand out in any way. On that front, MultiVersus is a rousing success. Player First Games has rounded up a ton of huge characters. Said roster is almost custom-crafted to garner audience attention. But how does the game actually play? Not bad at all, as it turns out. 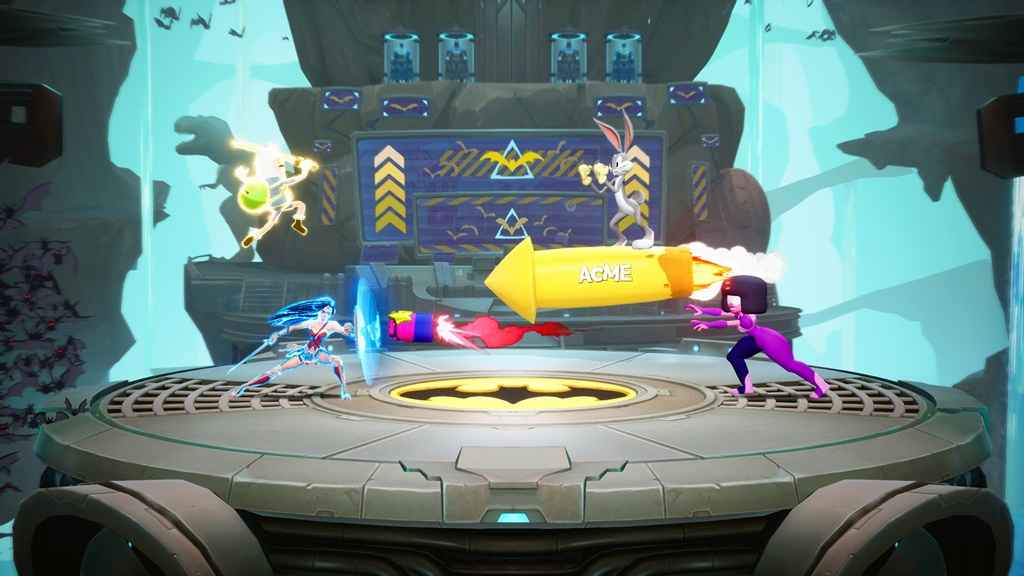 The developers are aiming for a more technical platform fighter with MultiVersus. While you’ve got the same simple moveset, almost all of them can be used to extend your airtime. You can make eight moves between starting and landing a jump. This makes knocking someone off the stage a fairly concerted effort. No half measures on this battlefield! The character roster is also broken up into classes. This isn’t a totally new idea, but it does make strategizing more transparent. I found out pretty fast which classes worked with my brute force playstyle.

This game is a shameless grappling hook of nostalgia and wish fulfilment aimed directly at your chest. Warner Bros is taking full advantage of their enormous IP stable to make sure there’s someone you can’t resist. For me, the Cartoon Network cast is impossible to ignore. You can’t dangle Garnet, Finn, Jake, and Steven in front of me like that. The Founder’s Pack comes with enough resources to unlock everyone currently available. But! Even if you don’t spend a dime, the cost of character unlocks is extremely reasonable. So far.

We’re still in the open beta phase for a bit longer. Who knows what changes the various seasons will bring? But at this stage, it seems like you can unlock a character a day with a bit of effort. Take this with a grain of salt! I haven’t done exhaustive research, but characters are between 1500 and 3000 coins at this point. I earn around 1000 coins an hour. Unless the cost of new characters goes way up, you shouldn’t have too much trouble acquiring them. Like most free to play games, the real money is in skins, emotes, and banners. 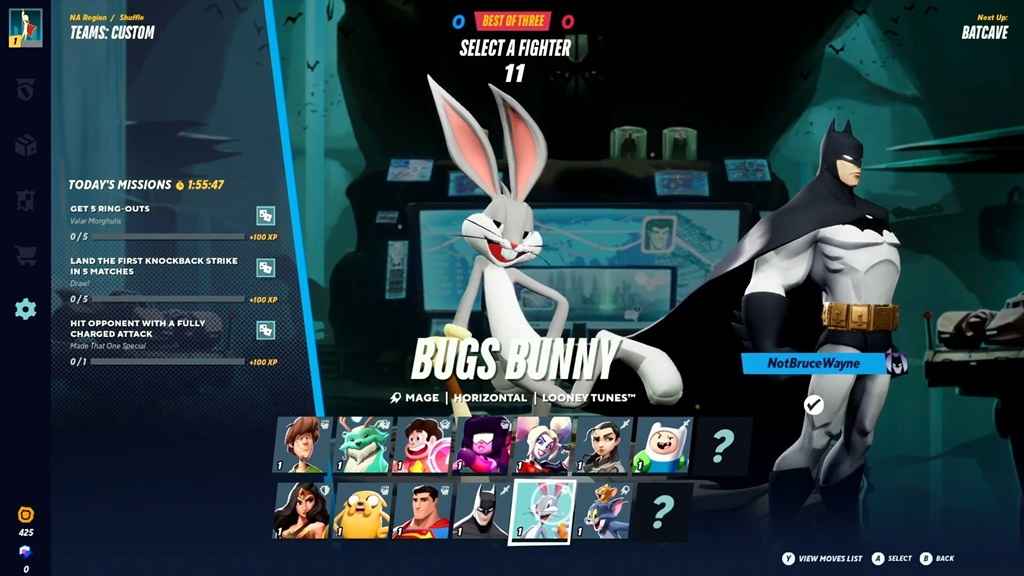 If you’ve played many F2P games recently, a lot of this will be familiar. You’ve got daily missions to do, a Battle Pass to level up, and seasonal goals to complete. Every character can also be levelled up, though doing so only earns you perks. For the most part, matches are determined by your skills. I spent most of my time in team battles. This revealed a curious hitch in the matchmaking system. Matches are determined by your player level, but that’s not what’s most prominently displayed. Instead, you see the character level of whoever the player has chosen to use. So you get lulled into a false sense of security by seeing Bugs at level one. He’s not! The player just hasn’t used him very much.

MultiVersus has a bunch of little quality of life fixes that I appreciate. You can switch fighters in between rounds, for example. If you’re doing best of three, and that first match goes poorly? Why not change up your fighter? Characters also get tagged with things like ‘recommended,’ ‘experimental,’ and ‘expert.’ That way, you know to leave certain fighters alone until you get your footing. Those same tags also let you know whether a fighter is ground-based, air-based, or a mix of both. It’s quite useful for whipping up a strategy in short order.

Even though the open beta is almost over, we’re still in very early days yet. What new characters will get added to the roster? Will the F2P elements get more predatory? What kind of game-breaking meta will the playerbase uncover? So far, MultiVersus has a lot of potential. The moves are responsive, the F2P grind is reasonable, and there’s a lot of strategic depth to explore. I’m looking forward to finding out where the game goes from here. Both in terms of what the players and the devs bring to the table. If you’re a Smash Bros and/or platform fighter enthusiast, you’d best keep an eye on this game.

***A Founder’s Pack PS5 code was provided by the publisher*** 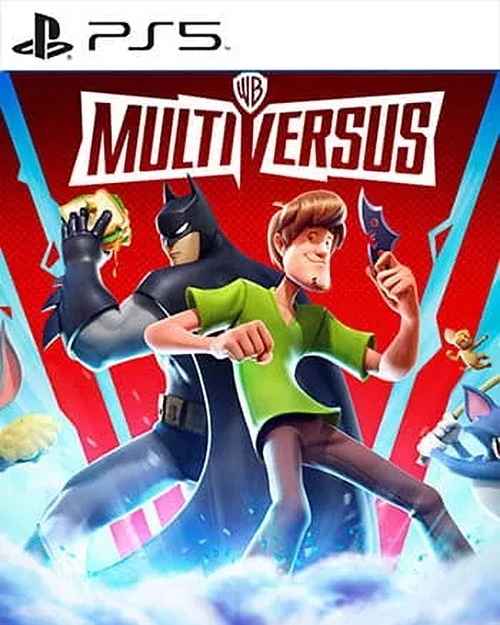 Multiversus’ Season One And Morty Set To Launch Soon
Next Soulstice: 5 Things You Need to Know
Previous Sapiens is Nothing But Potential