Metal Gear Rising: Revengeance.  The game that almost never was.  With its troubled past, and Kojima Productions giving up the reins to Platinum games just last year, I must admit had my doubts about it.  Last week I had the opportunity for some extended playtime with the game as COG was invited to a preview event in Los Angeles, and I have to say that I was pleasantly surprised by what I saw.  I can only speak about content from the first three chapters of the game as this is what we are limited to in this preview.

Revengeance focuses on Raiden, who many know from previous Metal Gear games as the effeminate, whiny character first introduced in Metal Gear Solid 2 and who lived in the shadows of the heroics of Snake.  In Revengeance however he shines as the protagonist, truly deserving of his own spin off.  A cyborg wielding a powerful katana, he is unstoppable, with the ability to slice and dice through virtually anything that gets in his way.  Swift, elegant and extremely deadly, he truly lives up to the nickname “Jack the Ripper”.

Set four years after the event of Guns of the Patriots, Raiden is now employed with a private military company (PMC) by the name of Maverick Enterprises, training armies and offering protection for VIP’s. When we first encounter him he is escorting the prime minister of an African country and the motorcade they are traveling in is ambushed by a group of cyborgs.  Raiden, stepping out of the vehicle, removes the business suit he is wearing revealing his sleek, cyborg body, and we truly see just how bad ass he has become.  Things go downhill fast and the leader of the group, a vicious cyborg nicknamed Jetstream Sam, brutally beats Raiden, cutting off his arm (again!) and stabbing him in the eye, but he returns, with a rebuilt body, a new jaw, a sexy eye patch and vengeance on his mind, setting out to defeat the terrorist PMC group called the Desperados. 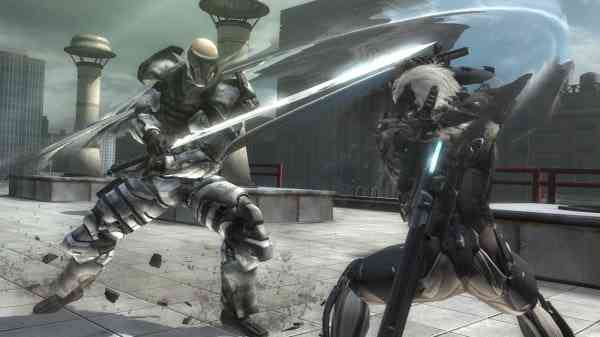 The basic controls in Rising are quite simple to master.  Ninja Run, in which Raiden effortlessly dashes towards an objective and has temporary immunity to bullet fire, and the game’s strong and light attacks, which can be strung together into combos, are all simple to pick up.  As Raiden engages in battle there is an energy bar (a fuel cell meter) that fills up as you start to strings of combo after combo.  When this meter is full you then hit the left trigger to access Blade Mode.  Using the left analog stick you can carefully choose which angle you want to slice, and how many strikes you wish to administer to your foe once the trigger is released.  You can choose to slice horizontally or vertically by pressing the assigned buttons, or you can slice freely using the right analog stick. It can be somewhat difficult to manoeuver the direction of your strike, but once mastered it can be used to tactically disable your enemy by lopping off an arm or leg to slow them down.  You can even brutally slice them in half too.  It is also quite useful for strategically destroying pillars and such within the environment, or slicing through missiles and even helicopters with ease.  There is a combat log on the screen that not only counts how many strikes you have connected, but how many pieces an enemy or object has been shredded into, which is very entertaining to watch as the number increases!

The fuel cell meter can also be refilled by harvesting energy (electrolytes) from a fallen enemies by using a “stab and grab” mechanic called Zan-Datsu.  While in Blade Mode there is a brief moment before an enemy touches the ground that you will be prompted to perform a simple Quick Time Event (QTE). When successful, Raiden rips a glowing blue spine from the fallen cyborg, resulting in a very gruesome, but gleefully satisfying end.

I should note that a fair bit of skill is required and button mashing will only take you so far.  Carefully plotting where to slice and dice and getting the perfect parry to stun the enemy giving you the opportunity to counter with a vicious attack are essential for survival.  There certainly is a learning curve when it comes to mastering the more advanced controls, but tutorials can be found in the VR missions to practice. 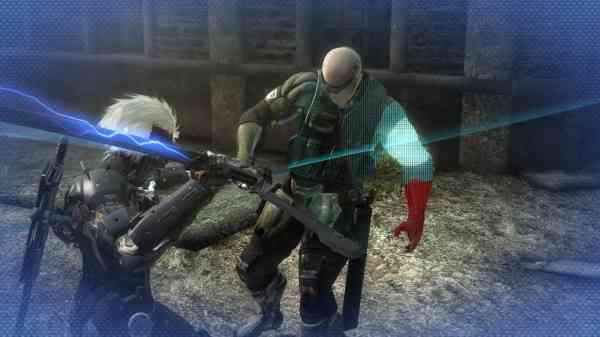 And yes, as this is indeed a Metal Gear game, there is a stealth element in Rising.  Raiden can silently stalk an enemy cyborg from behind and assassinate it with a swift stroke of his katana.  If detected, the trademark exclamation mark and alert noise will be heard, and an alert meter will countdown on screen, preventing the opening of doors or other such actions.

With the completion of each combat scenario, boss fight and chapter, you earn battle points based on your performance including how long it took to finish the level, longest combo, number of kills, etc. These battle points can be used to purchase upgrades, which are unlocked as the game progresses.  A wide range of customizations is available, from aesthetic upgrades to Raiden’s armor to unlocking health or weapon upgrades.  Taking the left hand of certain cyborgs will also give your access to upgrades from Doktor who is collecting these for intel.  Raiden also has access to secondary weapons such as grenades, as well as some pretty cool unique weapons that can be obtained from the boss battles.

The enemies you encounter range from cyborgs, Mastiffs (large, brutish like cyborgs), gekkos, dwarf gekkos, and even a Metal Gear RAY.  I quite often found myself in scenarios where crowd control tactics were needed.  The boss fights are spectacular and wildly entertaining, each ending with a brief QTE.  In my time with the game I encountered LQ-84i (aka Blade Wolf), a talking cyborg dog with a terrifying saw blade tail (who eventually becomes your ally); Mistral, a female cyborg who attaches numerous arms from dwarf Gekkos to her body and lashes at you with her pole arm (the Etranger ); and Monsoon, a cyborg who uses magnetic powers to throw vehicles and shift his segmented body.  Each one was frustrating, time consuming, but so damn rewarding once completed.

During your adventure other members of the Maverick PMC group assist Raiden and a great deal of the story is told via their conversations via the game’s Codec.  The team includes Boris, the Russian boss; Courtney Collins, the data analyst; Kevin Washington, the military strategist; and Doktor, who is responsible for repairs and maintaining Raiden’s cyborg body.  Also accessible in the Codec are VR missions, mainly unlocked by finding hidden terminals.  You will also find that there are numerous loot boxes scattered throughout the game containing nano paste (health packs), battle points, and electrolytes.  These boxes, along with hidden objectives, can be found by using the AR Mode, which very much reminds me of the Detective Mode in Batman Arkham Asylum/City. 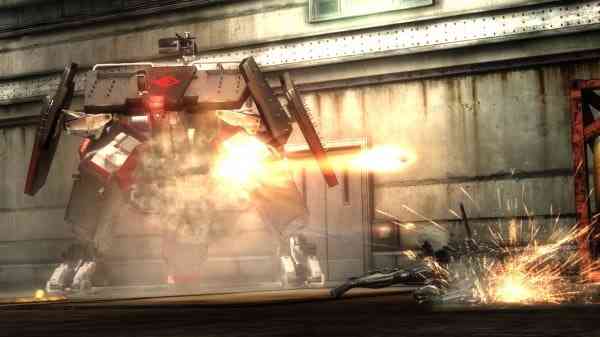 I rather enjoyed the heavy metal soundtrack in Rising, particularly during the boss fights, the beats frantically rising in the climatic moments in the battle.  Quite appropriate, considering the fast paced, frenetic action of the game.  The game looks spectacular too as the character models and environments are absolutely stunning.  I believe the game runs at 60 fps, but I did note some slow down at times during boss battles and combat where many enemies were involved.  I even saw a few enemies just randomly disappear mid-fight.  The camera was also bit problematic.  There were numerous instances when it would suddenly go out of control and I would lose track of the enemy; however, considering this is not the final build and there are still some last minute finishing touches to be added and I have hopes that these issues will be resolved.

I felt that the game was perfectly paced, with just the right amount of action and cinematic but brief cut scenes.  While Platinum handled the combat, it’s very clear that Kojima Productions had control of the script with moments of philosophical musings and deep messages mixed with just the right touch of comic relief.  Fans will be happy to know that many of little details from the series return such as the sound of a phone call from Codec, the beeping sound when near death, the panicked cry when Raiden dies, even the famous cardboard box makes an appearance.  There are rumours of other characters will make an appearance and I can confirm that Sunny from MGS 4 does return, although to avoid spoilers I won’t reveal what her role in the game will be.

Metal Gear Rising: Revengeance does stray from the stealth gameplay of previous titles in the series; however, Metal Gear Solid enthusiasts will enjoy the narrative, and fans of action games will appreciate the fluid, stylish combat that Platinum is well known for.  From my hands on time with the game I have to say that what I have seen, and played, so far is fantastic, and I can’t wait to get my hands on the final build when it releases on February 19th, 2013 on PS3 and Xbox 360. 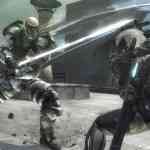 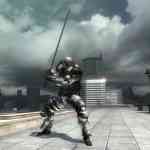 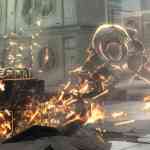 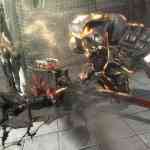 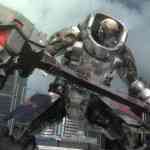 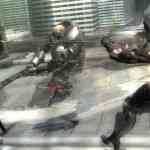 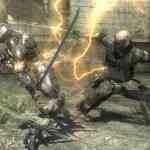 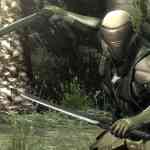 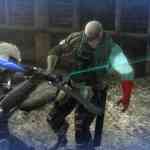 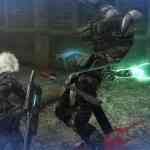 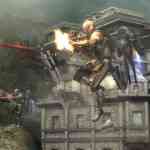 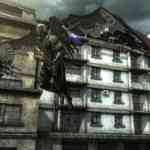 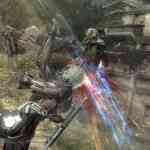 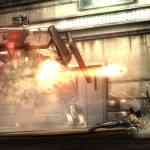 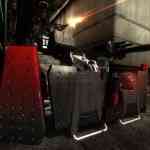