One of the more pleasant surprises from my time at the EA Sports Summer Showcase at EA Redwood Shores this past week was Madden’s NFL Mobile game. You see, I’ve never played Madden on mobile and frankly, I’ve never had the desire to give it a go. In fact, I am just not a mobile gamer at all. Fallout Shelter and Plants vs. Zombies are about the only mobile games I’ve played in recent memory. They just aren’t my thing. So when I had a chance to sit down with Madden NFL Overdrive, which is essentially a massive update to the existing Madden mobile game, I was about as excited as a kid in for a teeth cleaning. Yet after a few minutes into my first Overdrive match, I was completely hooked.

Everything about Overdrive felt and looked great. Granted, if you are expecting Madden NFL 18 quality graphics you’ll be sadly disappointed. It is after all a mobile game. The menus; however, look clean and crisp while the gameplay itself runs as smooth as could be expected. It is a fresh take on that old traditional Madden game with its own unique scoring and points structure. Not to mention those 3-minute games are intense as hell.

The games themselves have that familiar Madden layout and PVP is the star of the show. The 3-minute matches go lighting quick as it is a race to see who gets the most points. You don’t play head to head like you do in a regular game of Madden. Instead, both you and your opponent are up against the AI on offense only trying to score as fast as humanly possible. If you make a mistake by throwing a pick or getting sacked your opponent gets points. Basically, everything you do on the field will result in points either for you or your opponent. Scoring touchdowns nets you big points but as I found out quickly, no lead is safe in Madden Overdrive.

The game uses a fantasy football-like scoring system and puts it in a real-time NFL football match. So scores are super high. In one game, I was up 320 to 113 with a minute left. I figured I had the game in the bag – boy was I wrong! My opponent quickly erased that lead and ultimately won with a last second TD. It was heartbreaking but so glorious at the same time.

The control mechanics were admittedly awkward at first. Running the ball is accomplished by using the touchscreen on the bottom left of your screen. Likewise passing is accomplished by either tapping your receiver or hitting the icon above the receivers head. It takes a little getting used to but every so often I would just let the AI do the running for me. Either way, it’s enjoyable and a challenge. 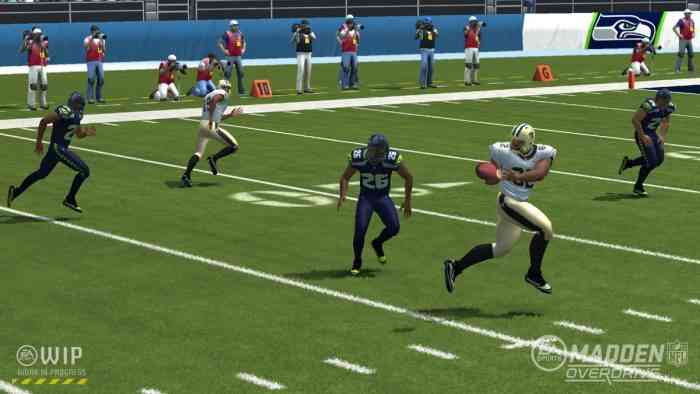 Overdrive also adds a meter to your team that fills up as you play. You can use that Overdrive meter to unlock new offensive and defensive tactics. I didn’t get a chance to experiment with some of these features but there is clearly a lot more depth to this mobile game than I expected.

Of course, like most mobile games, you can upgrade your players quickly if you are willing to spend the cash. Again, this is another aspect to the experience I cannot speak about as my time was limited to playing those intense 3-minute matches but I can only imagine it wouldn’t take much to drop a lot of cash of the game. That part actually scares me because I see myself playing this thing, A LOT. 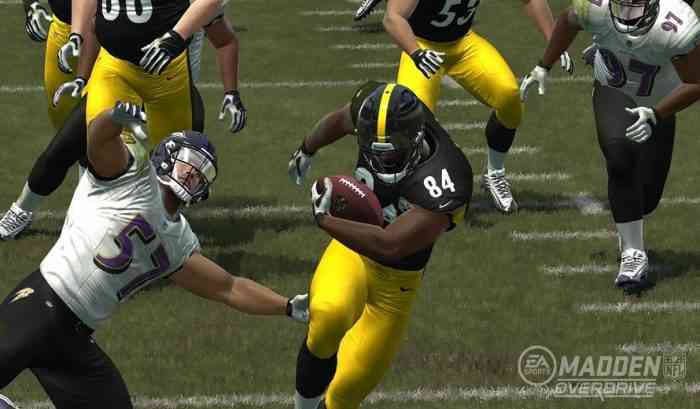 I am told Madden Overdrive will also include Live Event mini-games which will help boost your XP and also give your teams rating a boost. One thing is for certain, this new Madden mobile experience is brilliantly addicting and Overdrive will likely bring in a new wave of Madden players. The re-branding of Madden’s mobile NFL game appears to be a great move, as I will be an instant day one downloader.

The newly rebuilt Madden NFL Overdrive mobile app is available on Aug. 15 on iOS and Android. 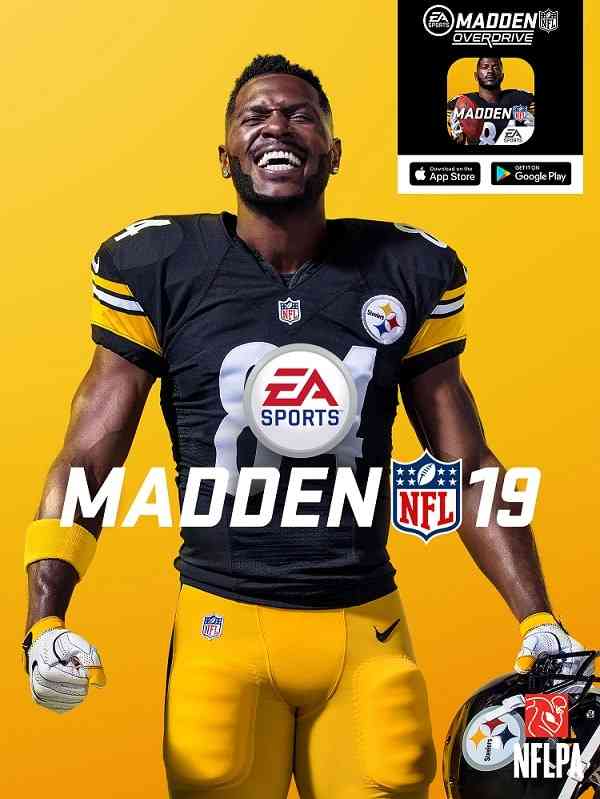