Layers of Fear Preview – Should be Called ‘Layers of Scare’, as this is a Creepy Game

“Every portrait that is painted with feeling is a portrait of the artist, not of the sitter.”

Layers of Fear opens with this quote from the novel, ‘The Picture of Dorian Gray’, by Oscar Wilde. This has rarely been more apt in the field of games, than here. It applies to the story as much as it does the art within it. With a protagonist whose wish to finish his magnum opus painting forms the primary goal of the game, the plot progression unravels the psyche of the artist while his portrait is put together piece by gruesome piece (with a list of ingredients that might be found in the Cryptkeeper’s recipe book). This is his story, and the game is up front about that fact. I’m not spoiling a Silent Hill 2-esque third act twist in this paragraph. The protagonist is beyond the constraints of sanity from the get go. 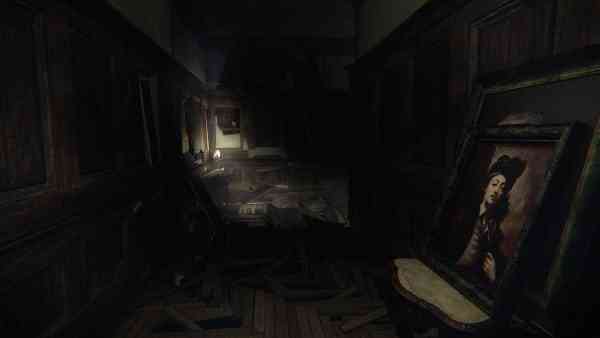 Developed and produced by indie studio Bloober Team, Layers of Fear is the second title to be released by the Poland based team. The game takes its visual and gameplay cues from Konami’s ‘Playable Teaser’ demo for the cancelled “Silent Hills”. Layers of Fear has the player moving through a visibly haunted residence with the kind of inconsistent layout that only M.C. Escher could find welcoming, and filled with enough rats to film a rodent cast adaptation of ‘300’. Players are free to move about the house (or, about as free as the house allows them to be), and interact with their environment with the use of one key to grab, turn, pull, lift, or inspect objects and devices littered through the estate.

Genre requisite jump scares of our era for visual mediums of horror are clearly present within the game, but far more scarce than I had initially expected. Disturbing visuals – including a gallery of real life nightmare inducing classical paintings – litter the walls and floors of the home, alongside creatively terrifying nightmare visuals that build up to scares that may not even occur. Alfred Hitchcock was once quoted as saying, “There is no terror in the bang, only in the anticipation of it.” The game evokes this kind of terror. And while the unavoidable jump scares we’ve come to expect are shameless additions to the title, there’s a terror akin to Hitchcock’s Edgar Allan Poe adaptations lurking beneath the surface of the visual medium’s modern staples.

“There’s a lot of promise present in this indie horror title, and if the pricing scale is approximate to the amount of content already present, the game will be well worth the buy.”

I went into Layers of Fear wary of any expectations for true horror. But, it was before the halfway mark of this early access game’s early content that this particular jump scare desensitized game reviewer shamefully left his office to socialize and shake off his sense of dread. I haven’t felt so weak in the face of a video game since my childhood run-in with the man eating piano from Super Mario 64.

A stormy, barely visible exterior world and electric light sources obscured by frosted glass evoke memories of PT’s visuals, alongside the aforementioned shifting layout of the estate. While the 19th century architecture and art collection is more reminiscent of Frictional Games’ “Amnesia: The Dark Descent”, with similar adherence to exposition in the form of in game documents as well as a voice acted inner monologue cued by exploration and inspection. Yet, the up front exploration of the lead’s madness without any apparent reliance on a surprise twist give Layers of Fear’s adherence to artistic themes a quality of originality alongside all of its familiar aspects. 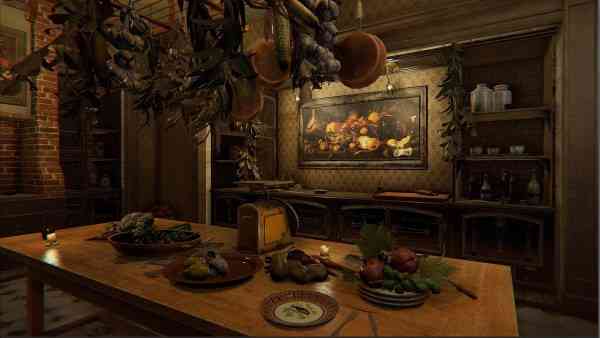 The game’s score, composed by sound designer Arkadiusz Reikowksi (a name that’s not entirely new to the subject of horror) is reminiscent of Akira Yamaoka’s work with Team Silent’s four original Silent Hill titles, with some additional comparisons to be made to Trent Reznor’s soundtrack work for David Fincher. Distorted piano playing offset by haunting female vocals only serve to add to the atmosphere, even before implications that the protagonist, as well as the player, may know the game’s music.

Layers of Fear is currently available as an early access title for those wishing to see how the game is shaping up for themselves, and now may be the time to invest. Currently priced at $10.99 on Steam, the price will rise in accordance with the content added during the expected 2-3 month road to full release. There’s a lot of promise present in this indie horror title, and if the pricing scale is approximate to the amount of content already present, the game will be well worth the buy. We can only hope that the remaining content matches the quality of what has been shown thus far.