As ironic as this may sound from a writer, I actually hate reading. Roll your eyes all you want, but I’m the type to ignore every single book, letter, and journal in any given RPG – lore be damned.  So imagine my surprise when I found myself not only enjoying Just One Line, a Steam Early Access text adventure by JOL Studios, but also hungrily devouring all the readings the game sent my way.

Set in a fantasy world ripe with goblins and magic, you customize an adventurer and embark on a wide variety of quests for the kingdom. The quests range from the typical, like freeing villages and slaying dragons, to the absurd, such as consoling a sad spirit or overthrowing an evil minstrel named Dustin Be’Veer. While it’s not exactly an original premise, Just One Line sets itself apart by offering a ridiculous number of ways to tackle each quest. 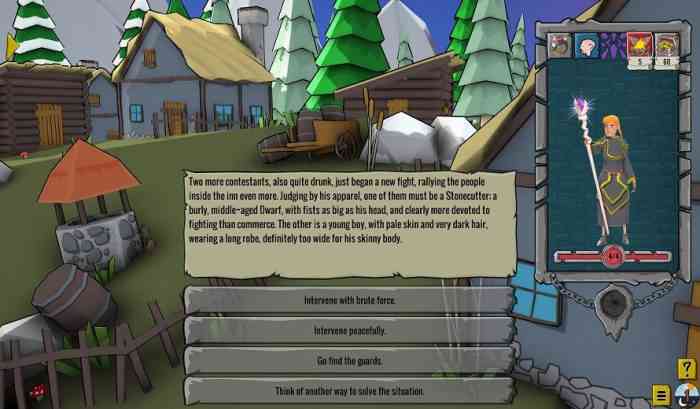 Many games tout that your decisions matter, but that’s never been truer than in Just One Line. Here, even the most innocuous of actions have an effect, potentially resulting in a radically different outcome. You’ll make tons of choices throughout quests, with each choice opening up branching paths, which in turn lead to even more branching paths. For example, when I was investigating rats in a farmer’s basement, I dove into some tunnels where I encountered a magical orb and was later killed by a giant cat (yes, you read that right – a giant cat). On a second playthrough, I learned I could skip all of that altogether by instead blocking the tunnel entrance and lying to the farmer that there were no rats. Additional actions will be available depending on your class and stats. If you dive into the same tunnels as a cleric, you might run into a magical being you can interact with through divine magic. There are so many paths I have yet to uncover, and this is just one of many quests.

“Here, even the most innocuous of actions have an effect, potentially resulting in a radically different outcome.”

Not only do your choices affect the current quest, they also have unforeseen consequences in subsequent encounters. Because I had bested a bandit leader early on, when I met him a second time, he decided to retreat, allowing me to skip a tough fight with him and his minions. In another instance, I botched a problem with a ghost at the graveyard. Surprisingly, the caretaker asked me to return on a separate quest to rectify my blunder. This intricate system of interweaving quest lines made me feel like my decisions truly did matter, creating the illusion of a living world that reacts both positively and negatively to my every action.

You begin your journey as a feeble commoner, and unlock new classes and races depending on how you interact with the world and its inhabitants. It’s a good idea to ‘retire’ a character once you’ve earned a few unlockables to bank them for future playthroughs. Otherwise, if you die on a quest, all your progress will be erased – including any classes and races you worked so hard for.

Obviously, as a text adventure, there’s loads of reading required. If the idea of reading for hours on end scares you as it did me, don’t fret! Just One Line makes sure its texts never feel like a chore. Not only does Just One Line use charming, cartoony graphics to complement its stories, it further makes itself accessible with a hilarious tongue-in-cheek sense of humor (one quest rewards you with beers and gratitude). The result is a revival of the text adventure genre perfect for the modern audience. 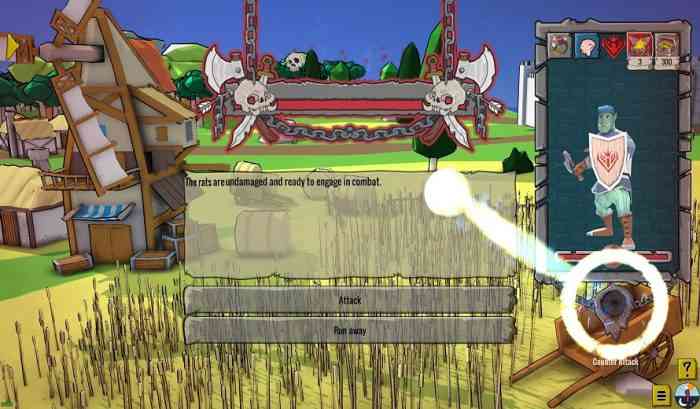 The only problem is that, in its present state, Just One Line lacks content. After finishing its 13 quests, there is nothing else available to do, aside from starting over and going through it all again. JOL Studios has some very interesting things in the works, including a main story and the ability to build your quests, but it is unclear when these updates will arrive.

I really enjoyed my time with Just One Line. Though there’s only a handful of quests available, I found myself replaying them over and over to see the full extent of my actions, each time discovering new possibilities I did not previously know about. If the final release can pack more content than I know what to do with, then I can see Just One Line being an RPG we’ll talk about for years to come. 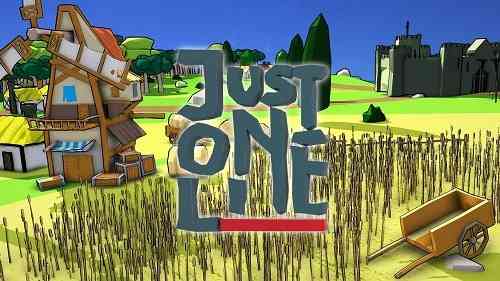