Last week, COGconnected was invited to a Halo Wars 2 event at 343 Industries to experience some of Halo Wars 2’s Campaign, Blitz Firefight, and Blitz PVP. Those of you who have been following the development of Halo Wars 2 have likely heard of Blitz, which for many has been a closely guarded secret. Well, come out of the dark and into the light, because today we talk about Blitz and some other great things happening with the game.

First, let’s talk about the Halo Wars 2 campaign. The story of Halo Wars 2 picks up 28 years after the first game, and takes place just after the events of Halo 5. The campaign takes place on the Ark, and features the main villain Atriox, a stronger and smarter than normal Brute who may be the most badass Halo enemy to date. From what we were able to experience in the campaign, the gameplay appears to teach the basics of the game quite well, and has its fair share of exciting moments. The cutscenes are spectacular, and the story appears to be a winner thus far. For those of you here for Blitz, you don’t have to wait a second longer!

“The cutscenes are spectacular, and the story appears to be a winner thus far.”

Blitz can be described as a mix of multiple genres and game mechanics, including real time strategy (RTS), card games, and multiplayer online battle arenas (MOBAs). To start from the beginning, players are presented with starter decks that can be bolstered by completing the campaign. In addition to this, players can earn or choose to purchase additional card packs in order to build towards certain playstyles. Players will select 12 cards for their deck, with 4 being held in a players hand as the cards cycle through.

Blitz mode is separated into two categories: Firefight and PvP. Firefight can be undertaken both solo or cooperatively, and is essentially a horde-styled mode where you try to stay alive as long as possible to increase your score. As for PvP, this mode can be 1v1, 2v2, or 3v3. During the session, we were only able to test Blitz Firefight solo as well as 2v2 PvP. In both Firefight and PVP mode, the goal is to hold the three zones of the map. In Firefight, you are preventing the AI from capturing two of the three zones, and in PVP, teams begin to score when they hold two of the zones. 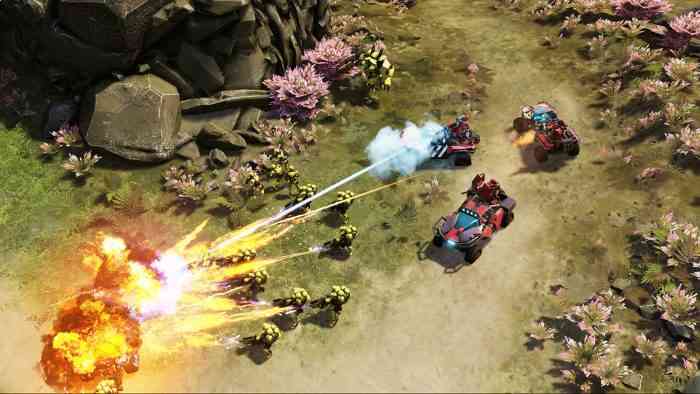 In our limited time with Firefight, we had a blast with the game, trying to reach the top score. Although we were limited to our “starter deck” for the duration of our gameplay, we really did not want to stop when we were asked to, but PvP was up next, so we acquiesced. Much like firefight, PvP mode was a lot of fun. We were able to select from two leaders and customize our decks, facing off in two vs two combat. The games were fast paced, hectic, and full of strategy. Whether you used a Banshee to capture a point, dropped in ODSTs to back up your other units, or threw in a Scarab just for the heck of it, there are plenty of great strategies and crazy moments to behold.

Players familiar with the different genres and games will easily spot the influences behind Blitz Mode. When speaking of these influences behind Blitz, Dan Ayoub, Studio Head of Strategy Games Development at 343 Industries, stated that “FIFA Ultimate [Team] was a big one”. Besides that, there are the obvious influences of other card games, MOBAs, and RTS games. With these emergent genres as influences, 343 Industries hopes and can see Blitz leaping into the eSports pool much like Halo 5: Guardians has already. Some of the qualities that Ayoub believes will aid in this include the shorter game times as well as the potential for spectators to watch players and see their hands, giving access to players’ minds and strategies. 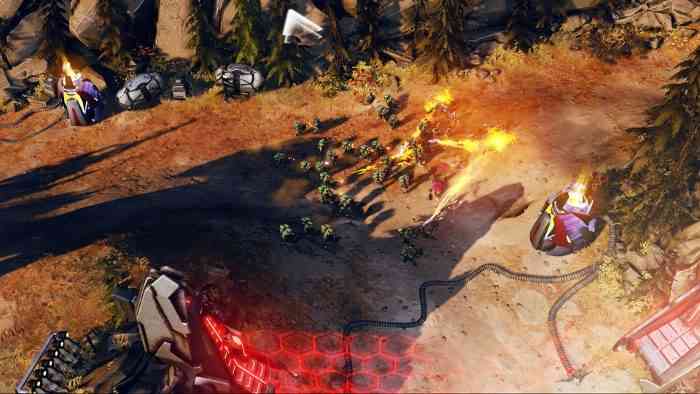 We are very excited to play the final version of Blitz, as well to see the future of Blitz. We asked Oli Smith, the Blitz Project Lead of Creative Assembly, and Max Szlagor, Senior Game Designer of 343 Industries more about the details behind Blitz mode. Blitz mode will contain 86 cards, some unique for leaders and some are shared between them. When asked whether we would see units such as Master Chief in Blitz mode, we were told that the team does engage in talks about what cards like Sgt. Johnson would be like, and to look forward to checking out the DLC releases in the future. Hype! 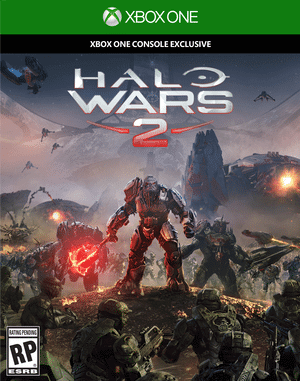