I recently sat down with Dungeons Defenders 2, which is the long awaited sequel to the PC action/tower defense game Dungeon Defenders that recently became available for early access. Based on what I’ve seen so far, this game is going to be a lot of fun when it has its retail release, and it looks to be a major improvement over its predecessor even at this early stage. The game does have a few problems that may cause you to think twice about purchasing it now, in its current pre-alpha state, but on the whole my impression was positive and I was left wanting more.

If you are unfamiliar with the series Dungeon Defenders, it is the love child of an action RPG and a tower defense game. In it, you choose one of four characters, and each one has several attacks and abilities that differentiate them from the other classes. Each character can also build defenses that attack enemies on their own in a variety of character-unique ways. You and up to three of your friends can play at once as you tackle waves of enemies who come and try to destroy objectives while you try to stop them. As you gain experience and level up new abilities and defenses become unlocked. The enemies occasionally drop loot that improves your stats. They also drop different colour gems which either fill your mana or act as a currency to buy new defenses before the next wave. After a certain number of waves, if your objectives are still standing, then you win the level and collect the reward. This reward is usually in the form of high end equipment and a different currency which is used to buy equipment and upgrades in the stylish hub between battlefields.

One of the things I really liked was how each character class felt unique in how they play. While this certainly isn’t a new thing for the franchise, I felt like what made the classes feel different in the first Dungeon Defenders has been expanded on exponentially in Dungeon Defenders 2. While I honestly felt that the Wizard was the strongest of the characters that are available in alpha, I quickly realized that he might just be the closest to the kind of game I wanted to play. He has powerful towers that hit a wide area, but his real strength lies in his arcane abilities. By way of comparison, the Huntress lays mines and other traps that enemies blindly walk through in lieu of the towers. The mines don’t stop the enemies, but they can’t be destroyed by their attacks. She also has strong basic ranged attacks to pick off stragglers. This variance creates a scenario where a different kind of strategy is required for each character as each one is fundamentally different in how they play. They also complement each other in interesting ways during cooperative play. 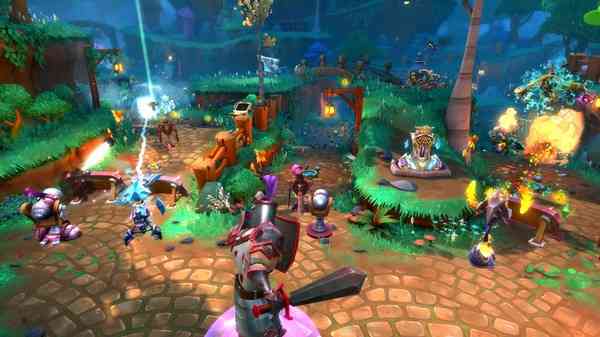 Compared to the last game Dungeon Defenders 2 is a much smoother experience already. Everything is clean and intuitive. The previous game often felt overwhelming with the way that menu based information, like stats and equipment, were presented. In Dungeons Defenders 2 they have streamlined, and more coherently designed, almost every element of their menu and equipment system. Beyond the menus the game just looks good already. There are detailed character models, the attacks are colorful and varied, and the defenses are visually distinguishable even in a crowded battlefield. The only thing I lament here is the fact that the equipment creates no physical change in your character with the exception of your weapon. It’s such a small thing, but it would have made such a big different in having a character feel uniquely yours. Hopefully, as the game progresses, this will be added. Beyond that, everything fits a very obvious design philosophy, and it pays off in creating a game that feels cohesive and unique. If you are in the market for a game that has a strong ascetic and sense of its self then Dungeon Defenders 2 may already be the game for you.

Now into one of the more serious negatives, I have to admit to you now that I didn’t finish Dungeon Defenders 2. I played it a lot, and I leveled all of the available characters to around level 10 before I was forced to stop due to the cliff face of a difficulty curve. The reason for this, I believe, is that I played almost entirely by myself. The game, as it stands now, is evidently meant to be played with two or more people as it doesn’t seem to scale the solo experience at all. By the third stage, I was often overwhelmed as early as the second wave. The difficulty was the reason I alt-tab’d my way out of a game in a huff more than once, and this was on ‘normal’: the lowest setting.

As a quick aside, because I know this question will come up, for the most part when I feel the game is too difficult my first instinct is to believe the problem is me and my very real lack of skill. I’ll be the first to admit that while I love video games I would never be so bold as to claim that I am good at them. Even then, with that knowledge in mind I’m not totally convinced that this is the case. This shouldn’t suggest that I think that the game is bad overall, which should do a lot to suggest how much I like this game already. In fact, it’s a testament to the games sleek design thus far that I feel this was likely an oversight that will probably be fixed in future builds. The game is still incredibly fun to play, but if you are thinking about playing it by yourself right now go in knowing that even on ‘normal’ it gets very nearly impossible as early as level 7. 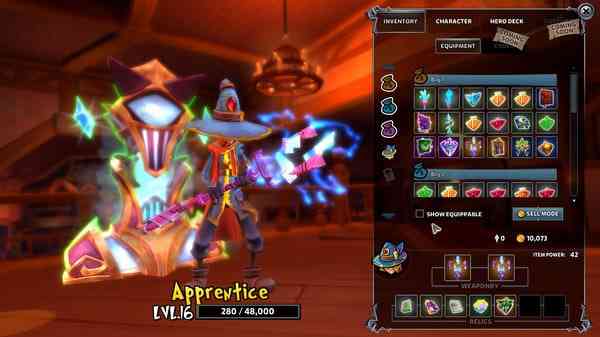 So in the end, I am conflicted. Dungeon Defenders 2 is, on the one hand, miles ahead of its predecessor, and will absolutely be worth your money. Everything feels better about this game. It feels less dated in its look and how it plays than its predecessor. Each character is unique and colorful, and the systems and menus look good and are crisp in all the areas that count. Unfortunately, the current build is also plagued with what one might consider serious flaws in that it is very obviously meant to be played in a group to the exclusion of any other configuration. If you don’t have a group of friends to play with or don’t feel like joining a random party online then it is essentially unplayable to any sort of satisfaction. Despite this fact, the game was incredibly fun, and this was the only flaw that I could see, what little of the early game I saw, so it’s probably worth your money especially if you plan on playing with a group. 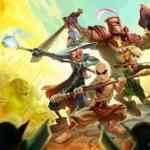 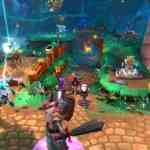 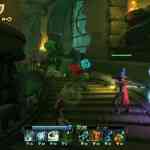 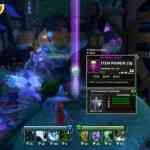 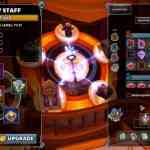 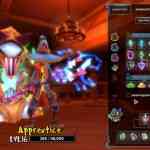 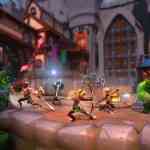