Dolmen is Dark Souls in Spaaaaace

When it comes to Soulslike games, there are two species. There are those games that bear a vague, passing resemblance. Some games, though, are so close to FromSoftware’s template that, mechanically at least, they have a near one-to-one correspondence. Dolmen is one of those games.

To be clear, that’s not a put down. Soulslike is a legit genre, and you can’t knock a genre game for sticking to the plan. That’s like saying Forza would be a great game, if only it didn’t have so much driving. In the case of Dolmen and other, close-to-the-original Soulslikes, hewing to the mechanics creates a nice shortcut. It makes onboarding a matter of spot-the-differences.

Instead of the trappings of high fantasy, Dolmen wears the mantle of science fiction. You are on a hostile planet called Revion Prime, there to bring back samples of a mystical crystal called Dolmen. You explore, fight monsters, die, get a little stronger, and the Soulslike cycle continues. 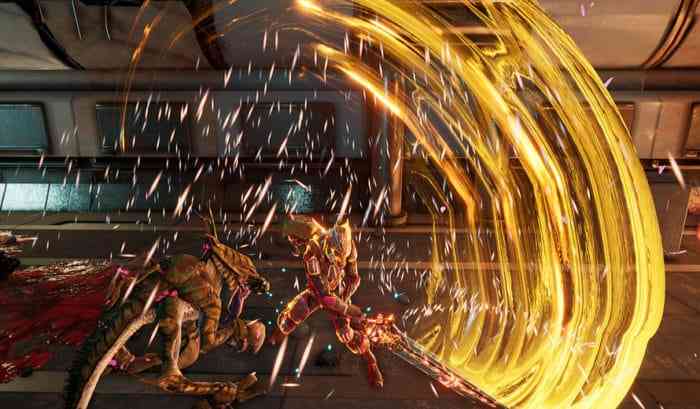 The Same, But Different…in Spaaace

Souls players will feel right at home. Instead of Firelink Shrine or Majula, you have a space ship home base. In place of bonfires, there are beacons. You earn the game’s soul-like currency and crafting/upgrade materials by killing enemies. Death takes you back to a beacon, and the chance to retrieve your souls.

Where Dolmen departs from the template — and smartly, too — is in the area of energy management. Instead of healing flasks, you have batteries. You can reassign your battery power to healing or to powering your special, elemental abilities. It’s sort of a streamlined version of Dark Souls 3’s two-flask system. It works well, and adds a nice bit of risk/reward strategy to the mix. Of course, managing stamina is part of the game, too.

I played through Dolmen with three of its starting classes. There’s the slow but high damage-dealing, two handed swordsman, the agile but weak rogue type, and the ranged weapon specialist. As with Dark Souls, starting classes are just that, and you can shape them however you want over time. This is one area where Dolmen might want to play attention to balance. The heavy swordsman is sluggish to the point of being frustrating, and the two-handed fighter is too weak. For me, the only viable class was the one that started with an effective pulse rifle and melee weapon axe. All classes start with a pistol, and some have a shield. I never quite got the hang of Dolmen’s parry mechanic. 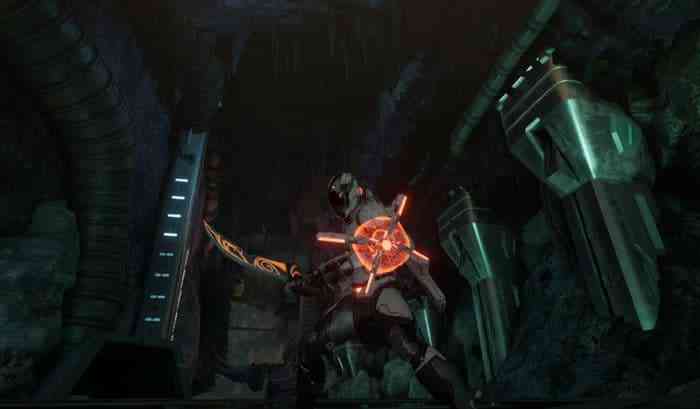 Elemental “magic” plays a role in Dolmen, and you can buff your character with fire, poison or ice effects, for example. Weapons use elemental ammo as well. It’s probably obvious that certain enemies will be weak or resistant to specific elements.

Dark Souls games are known for their intricate, looping levels, and Dolmen does a good job with this important element. Although its graphics aren’t bleeding edge, the extra-terrestrial environments are interesting. They’re saturated with color and a bit of HR Giger organic creepiness. Finding a shortcut or the next beacon is cause for celebration. Like with the best Soulslikes, there is a puzzle element to the environment, with items just out of reach until you unlock the puzzle.

Enemy design — at least in the slice of game I played — focuses on monsters like oversize, poison-spitting insects, reptilian creatures and humanoid enemies. Even the early game monsters are fast and capable, and they often wait in ambush. Happily, Dolmen is not procedurally generated, so monsters respawn in the same locations.

At least in it’s present state of development, there aren’t a lot of interesting or engaging NPCs (that I discovered, anyway) and its story seems pretty far in the background. To be fair, there are many Dark Souls players who don’t give a rip about the story, they just enjoy the combat and mechanics. If Dolmen delivers in those areas, it will be a win for many fans. 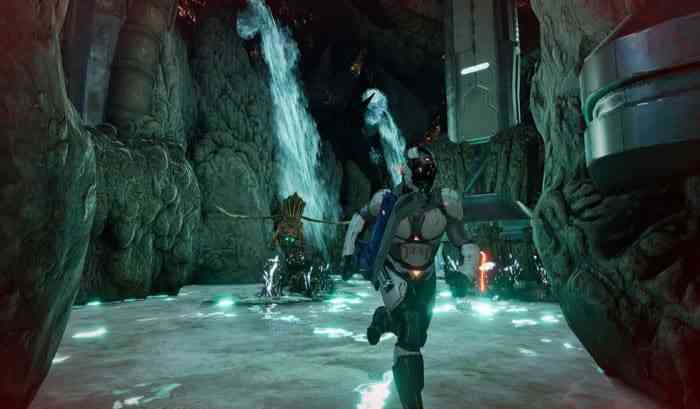 The best Soulslike games (and From’s products as well) all have one thing in common. They nail the balance of challenge and progression. They’re addictive because although they’re difficult, they reward the player for being patient and paying attention. The satisfaction of finally besting a monster or boss that consistently beat your ass when you were weaker is unique to the genre. The good news for Dolmen is that, although it has some time left in the oven, it succeeds in this critical area. I had a good time playing Dolmen and I really look forward to the finished product.

Asterigos: Curse of the Stars is Souls Without the Dark
Next Remedy’s ‘Crossfire X’ Streamlines the Shooter in a Big Way
Previous Forspoken is Filled with Movement, Magic and Action