Well. That was the shortest ten minutes of my life.

I initially found the Dark Souls 3 demo on the second day of PAX (don’t ask how I didn’t see it on Day 1, it was massive.) and found that although I couldn’t get a shirt or other relevant swag, I had to remind myself I was there for a different reason. I came for a chance to try the next entry in the popular Souls franchise, and it feels good. Damn good.

For the uninitiated, the third entry in Dark Souls brings us to the land of Lodeleth, a region that appears to be on the cusp of a potentially apocalyptic event. I start the demo out on the wall of this region, not knowing what was waiting for me, and amidst hordes of the typical Hollowed enemy, there was the occasional imposing figure to deal with that admittedly gave me a brisk challenge. Unlike Bloodborne, Dark Souls 3 opts to return to a more familiar of style of play, however and it works quite well.

The combat is fast although not quite as much as the many encounters in the city of Yharnam. Defensive play is still absolutely a crucial component. Shields make their return, and the enemies use them in some crafty new ways. I was quite fond of the large, turtle-like knights in Dark Souls 2, who’d attempt to crush you if you went for a backstab, and From Software appears to continue to want to punish players for relying on backstabs. My first encounter with a knight (not quite like the infamous Black Knights, think the Balder Knights from Dark Souls), was surprisingly tense. The enemies are much more aggressive, and upon attempting to backstab him after a combo, I promptly received a shield-slap to the face. As a result, I had to adapt.

This is where the series truly shines. The combat can be approached in so many ways, and the new Weapon Art system is an extension of this thought process. My normal short-sword moveset was further augmented with some punishing sweep attacks that did heavy damage and even knocked back smaller enemies earlier on. These are not an infinitely usable mechanic however, as a tiny indicator showed I only had about twenty of these to use until I needed to replenish them, assumingly via some item that did not make an appearance in the demo. 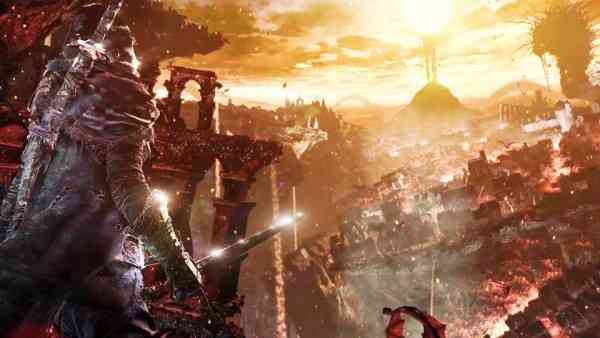 This new style works quite well, and serves as a natural extension of the moveset of each weapon. The greatsword in the demo had a brief lunge that gave invincibility frames, which could then be followed up with a massive upwards swing, and this move was incredibly satisfying to land, dealing heavy damage and plowing enemies aside like they were flies. The combat as a whole feels more visceral, and the addition of weapon arts is an interesting idea that could prove beneficial for the flow of combat. It  was also confirmed that there are stances for Magic, however there was none to be seen in the demo.

The other aspect of the demo that intrigued me was that I’d seemed to run into different instances than others. Some players were incinerated by a large dragon, whereas I only saw the corpse of a dragon early on. Another instance involved a group of hollowed enemies worshipping one that had been crucified, who then turned into a horrifying, wailing black blob of a beast that promptly wiped them all out. I never got to see this occur, but the monster was still very much alive, and served as my last obstacle of the demo. I applied the familiar charcoal pine resin, struck the monster, and as it was about to die, I get a tap on the shoulder, telling me my time is up.