1-Year Later Biomutant Looks and Plays So Much Better

Last year at PAX West, THQ Nordic let us go hands-on with the opening portion of Biomutant, the upcoming open-world title set in the overgrown post-apocalypse with one heck of a unique protagonist. The demo showed us the basic gameplay mechanics, controls, crafting, and general exploration. This year THQ Nordic returned with an all-new demo to showcase the progress they had made and give players a closer look at some of the new features we hadn’t yet seen, and it only looks to be improving in leaps and bounds.

Setting aside the obvious graphical overhaul that makes the game somehow look even better than last year, my time with Biomutant began soaring through the air in a small airship, only to be shot down. Combat began immediately and it only took a few moments for the controls to come back to me. Perfectly timed dodges and jumps leading into some dual wielding gunfire is incredibly satisfying with the slow-mo cam, and shortly after the initial fight was done I discovered a rocket-powered gauntlet that was far too large for the little critter to wield properly, but he made do.

This replaced the sword as the main melee weapon and it was something we had yet to see in the demos prior. While close range, it not only offered a devastating impact but could be charged up for a massive rocket-fueled punch that could be used to destroy walls. The other new feature I got to see first hand was controlling a scraped together mech-suit used for a badass boss fight. I was able to select what kind of animal head I wanted on top as an odd but adorable decoration, but otherwise my little red panda/fox/raccoon creature was now in full control of a mech with an impressive arsenal of explosives, and the motivation to destroy anything and everything that moved. 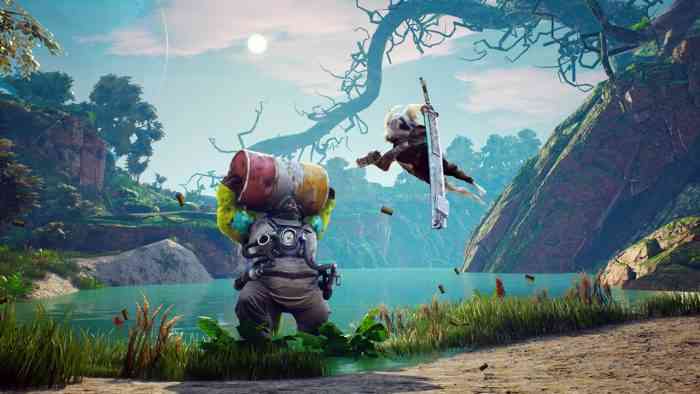 I was happy to see Biomutant return with new content – this feels like a game that has the potential to be hugely successful – but I wish I could have seen just a little bit more. The areas to explore were fairly confined and linear in the demo despite being an open world game. I understand not wanting to showcase the world yet, however, the demo last year ended with a sprawling view of the world to come. We also weren’t given access to any of the previous powers to augment the combat so players who went hands-on with Biomutant for the first time this year were missing out on key aspects of the experience and a more simplified version of combat.

Biomutant has come a long way since last year, and unfortunately, it will still be a while yet before launch. While the controls haven’t changed much – if it all – the graphical overhaul was something I did not expect as the game already seemed polished and ready to launch back in 2017. Each individual blade of grass was incredibly detailed, the fur on my characters face looked soft yet rugged, and the rich saturated colors give it not only a lush, overgrown feeling but also reflects the chemical devastation that the world has been through; these aren’t the colors of a normal world, but a contaminated one and for once this kind of corruption has created a world that is beautiful, not sinister. This years demo was a great peek at what is to come and it left me wanting more in anticipation for its 2019 release. 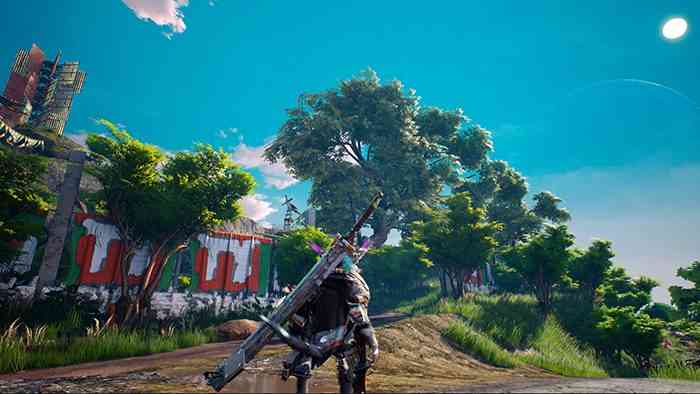 Biomutant is set for launch on PC, PlayStation 4, and Xbox One. For more information, check out the game’s official website. 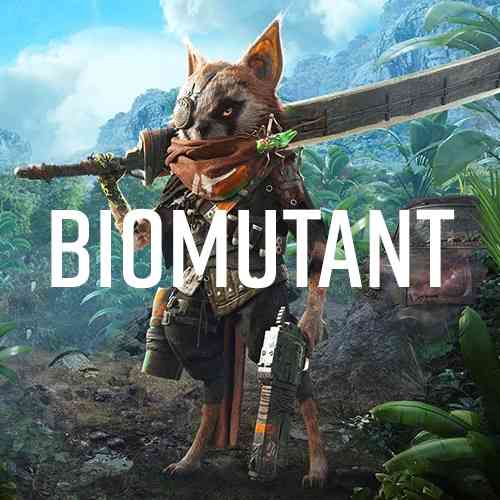