The benefits of working with a pre-existing license are mutual to both game developers and franchise creators. The game developers get a boost in visibility and community via the existing fan base for the property, whereas the creators – if the foray is successful – will bring in fresh blood to their other content from new avenues of accessibility. These agreements can often be skin deep, like a coat of paint on a game that the developer actually wanted to make. They can also be shallow representations of film storylines or older content made on an assembly line. Even in its previewable stages, it appears that Battlefleet Gothic: Armada by Tindalos Interactive is marred by neither of these flaws. It seems to be a faithful, passionate adaptation of a beloved property, handled with the kind of care only true fans can offer; with more enough depth to seemingly rival its tabletop originator.

Though you may not guess it from the name, Battlefleet Gothic is yet another title set in the Warhammer 40k universe. For those still unfamiliar with the 40k universe, here’s the quick and dirty: gothic horror army building in the vastness of an intergalactic space filled with unknowable evils and really big guns. To say that it’s H.P. Lovecraft meets the Starship Troopers film series may be a bit too silly and self aware. Instead, Warhammer 40k takes that premise a runs with it unabashedly, allowing those who follow it to be immersed in the worlds of its setting, rather than simply feeling like they’re in on the joke; there’s no room for anything but dark humour and possible Orc puns in the grim darkness of Battlefleet Gothic. To quote the preamble to the prologue mission, ‘A chorus of a billion throats will cry your name in fear and hatred. The stars themselves will run red with blood.’ 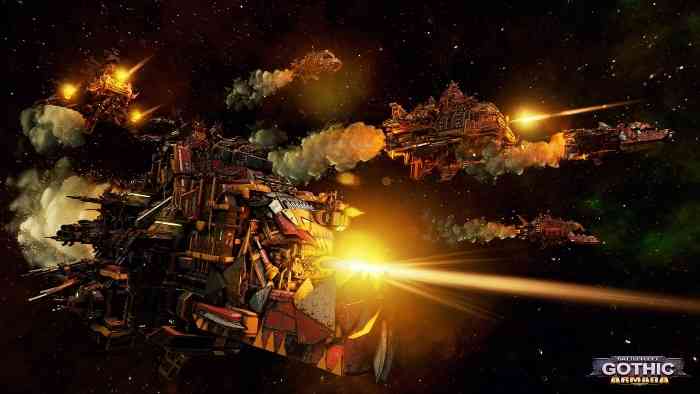 How the game plays is as much a testament to the passion of Tindalos Interactive, as the universe they’re representing in its setting; and how it plays shows a lot of respect to the original tabletop game. Skirmishes and multiplayer battles boast highly customizable, upgradable fleets, with a wealth of faction specific equipment and abilities. Though, much of what’s available is locked at the start, is to be earned in battle through experience known as renown. Like the tabletop game, however, opposing forces are matched by a point value system that compares the relative expense of purchases for those about to battle. Unlike the tabletop game, Battlefleet Gothic: Armada is played in real time, but bares resemblance in other fashions, like with the deployment phase, abilities straight out of the original game, and a wealth of mission types to keep skirmishes feeling fresh. Not to mention a characteristic attention to detail, like the eerie wiggling tentacles that protrude from some Chaos warships; a keen reminder that the depths of space are – of course – not safe from the typical Lovecraftian horrors that inhabit it.

All in all, it looks like Battlefleet Gothic: Armada is shaping up to be a faithful adaptation of the source material, with a lot of depth and complexity all its own. It looks gorgeous in the Unreal 4 engine, and we’re excited to see how it turns out with the full release. 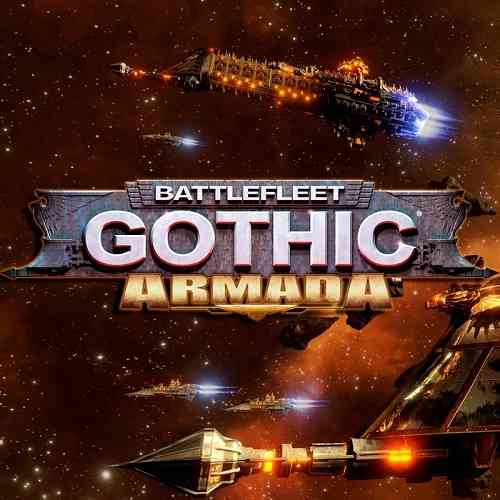