Let me preface this article by saying that the last vehicular combat based game that I played was Battle City for the NES. I’ll be honest, I was horrible. Welcome to the PvE early access preview for Armored Warfare on PC by Obsidian Entertainment. For those not familiar with Armoured Warfare, the game is a free to play tank based shooter game that includes PvP and PvE modes. In the PvE mode, the game gives you and your team of up to 4 players various objectives and missions to complete. The mission types include:

Missions take place on large maps with varied locations, such as deserts, towns, or forests. The environments look nice; dust kicks up as your tank moves through dirt, and building and walls are completely destructible. The rewards for completing these mission come in the form of in-game currency to buy new tanks and experience for your vehicles. Upgrades include buying different tanks that very in stats: such as speed, handling, firepower, etc.

To further your gains, the mission challenge can be ramped up from ‘easy’, ‘normal’ to ‘difficult’ difficulty. The higher the difficulty, the greater the reward upon successful completion. However, this will be no easy cake walk for beginners, as the AI is very competent and could be a little overwhelming. Hanging out in the open will make you a sitting duck, so don’t take the AI too lightly. I once found myself charging into the enemy, only to be driving into a kill box of surrounding foe. I survived the encounter with a sliver of health thanks to my teammates coming to my aid. 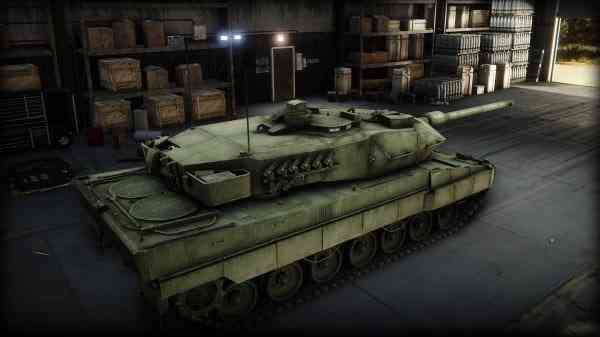 Awareness of your surroundings and correct timing is key for success in this game, but most importantly, teamwork. It is very clear who is an experienced player and who isn’t (look for the tanks driving in circles or lagging behind the pack). The enemies are also numerous, as I would estimate between 30-50+ enemy tanks per level. The mode is amusing and is a nice reprieve from the intense battlegrounds of PvP. I worry that the PvP content will get stale, and people will just stick to PvP. This is a problem Obsidian will have to deal with over time, possibly creating more maps with varied enemies. However, just like the PvP mode, the best way to experience the PvE is with your friends, as you can be more organized and strategic.

Speaking to the game as a whole, I’m sure many will draw comparisons to World of Tanks, and to be honest, I could not say as I have never played World of Tanks. However, I can see this game reaching a hardcore competitive scene much like the aforementioned game. The fun and strategy of a tactical FPS is there, the visuals are great, tanks look and handle quite well. All in all, Armored Warfare is shaping into a strong tank game and a worthy competitor to Wargaming’s highly successful World of Tanks game.