Disclaimer: This is not a scientific analysis of the Xbox Press Conference. These are merely my opinions. Opinions that were written on the fly and loosely edited.

Ok, I’ve got everything set up in front of my TV and Xbox. This is my favourite day of the year when it comes to gaming. As great as the live demos on the E3 exhibit hall are pressers are really my favourite part of E3 week. Coffee in hand and laptop fully charged let’s get at it. It appears I’m in time for a pre-presser preview show. Major Nelson holding court on the green carpet and rocking an amazing paisley shirt. New Achievement tracking app announced by Major Nelson himself. Achievements are now available in snap mode. Graphs can sort by how close you are to unlocking them. You can now pin ones you want the most. There is a help feature for each achievement. Selecting that option initiates an internet search. Cool feature but feels like something that should have been part of the experience since day one.

Stage is very green. Many, many screens with space for either multiple people to be present at any one time and full multimedia effect. Phil Spencer on the floor to start things off. He’s got a light jacket on and there’s something behind the zipper that looks to me like something that he might reveal later on in the show. Mentions Sony and Nintendo in a respectful way. As a gamer I appreciate that. Nicely done focusing on the games all across the board. Crediting the fans, through their feedback, in shaping the Xbox and gaming around it. Entire briefing dedicated to games. Learned much from last year? 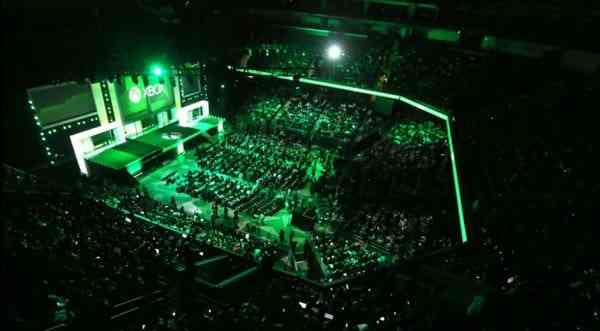 In his monologue Phil also mentioned a new IP. Not IP’s. Prophetic?

Starting off with Call of Duty. Calling it beginning of a new era for this franchise. Game footage but there is a token person on the stage holding an Xbox One controller (over under on whether or not the people on stage are actually playing the game)? To me, pretending to physically play a game during a presser of this magnitude is no different than Super Bowl lip syncing. The game footage is extremely detailed with some very “next-gen” worthy visual moments including a swarm of nano-like bots. Smart grenades, jump boosts, it is all very “advanced”. There are some big set pieces but from what we’re seeing here the game play is tried and true COD. I haven’t played the COD series for a few iterations now. This video makes me think I should check it out again, even if for the single player alone. 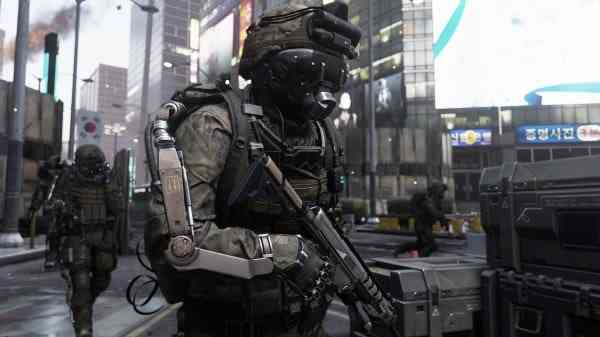 Dan Greenawalt from Turn 10 is on stage now. Thanking fans seems to be a theme here. These guys can’t say it enough out of the gate. Reinforcing everything new that Forza has brought to racing games to start. Nurburgring is coming to Forza 5 today. “Xbox Snap Marketplace…” Ralph Fulton from Playground Games taking over this part to talk Forza Horizon 2. 200+ cars including new Lambo Hurrican. Full day/night cycle, dynamic weather, 1080p. Dedicated servers, no lobbies. Clubs up to 1000 members. Coming 9/30. Trailer now up on screen. Honestly, it looks just okay. Lots of cars doing things that reinforce the features they’ve listed and that’s it.

Forza’s done (the update download is 2.8GB btw). We’re on to something from 2K games. Evolve. Exclusive Xbox beta and DLC. Class-based including ability to be the monster. Trailer doesn’t show much save from pretty decent lighting effects. This game sort of feels like Aliens to me. Could be a fun one with friends.

Ubisoft is the next presenter to hit the stage. Can’t keep up with all of the names of individual people speaking. Assassins Creed: Unity is the first exclusively next-gen developed AC game. Set in Paris. Touting co-op. This looks like Chaos Theory type of fun. I’m not the biggest AC fan but with the right friends this could be awesome.

The trailer for Dragon Age Inquisition is now being shown. *yawn* Maybe that’s just me but I literally have no opinion on what i just saw. Sorry Eric, that’s more of my own gaming preferences speaking. 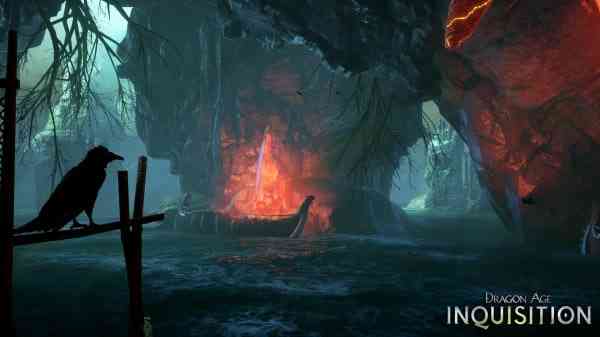 Cue an unnamed military style shooter. Is it the new Battlefield? Dear God, could it be Rainbow? Lone soldier is out-gunned and out of ammo and…. Sunset Overdrive just spoofed pretty much every military shooter that exists. I can’t remember a game that’s displayed more attitude than this one. GREAT trailer. Ted Price coming out on stage to end the trailer montage. We might get a “real time” demo here. Ted has a controller in his hands. Very colourful and fast paced. This game looks so ridiculously over the top it is sure to do well. This gen’s Crackdown? 8 player experience online, again touting dedicated servers on Xbox Live. 10/28 release.

Dance Central now being featured. 10/21 brings Disney Fantasia Music Evolved. No footage of this is shown. It is just described. Dance Central Spotlight coming in September. That was mercifully quick.

And now we’ve got someone from Lionhead on stage with a controller in his hand. Fable Legends. MP beta coming this holiday season so this game must be a little while off still. Co-op play being featured with four players on screen. Again, another game that allows you to also play as a villain however, it looks to be played from a tactical perspective instead of traditionally controlling a character. The player dialogue is horrible but the co-op play looks like it could be an okay time (again, with the caveat of playing with good friends).

That’s it for Fable. We’re on to Project Spark. I get this is a game creator but I’m not sure I fully understand it yet. Conker just interrupted the video. I guess there’s a new Conker game coming via Project Spark. I guess for those with the interest this could be a cool thing. Not me, I just want to play the games.

A very artsy looking game from Moon Studios is now being shown via video. Platformer style. Ori and the Blind Forest. Not much other information than that. Mainly just another teaser trailer.

Its time for Halo. Easily my favourite game series and my most anticipated part of this press conference. The trailer reveals very little. This is getting to be a theme in this presser. Narration being done by the Arbiter. Flashes of that new Spartan character keep coming up on screen throughout. Bonnie Ross on stage to hopefully tell more. She starts by announcing that one 11/11/14 the entire Halo saga coming in Master Chief Collection. Great for the holiday season of course. All four main games (no Reach, no ODST). I’ve just had an epiphany as to why people all wear jackets on stage. To prevent strike through. Back to Halo. Halo 2 getting “full anniversary treatment”. Can switch from new to classic at touch of a button. Original Halo 2 MP intact with no changes. Haha, the presenter just got tea bagged by one of the demo players. Halo Nightfall digital series included in collection. Ridley Scott involved in the story that leads up to Halo 5 Guardians. Beta in December. Calling it a celebration of arena MP legacy. Trailer now. Shorty, very limited in what it showed. 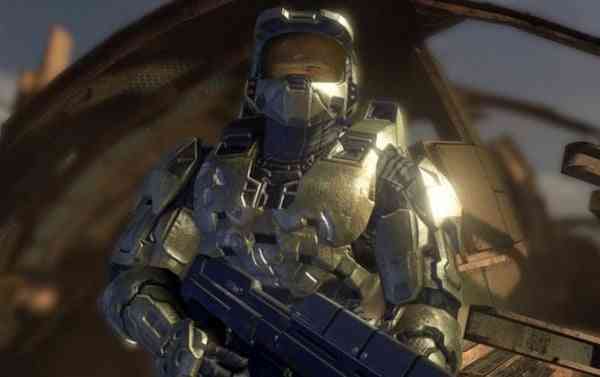 Phil Spencer’s back on stage and that shirt I mentioned earlier says Limbo. Everything we’ve seen so far today will be playable on Xbox One this year he states. Prepping next montage talking about new IP’s and beyond 2014. First game appears to be a successor to Limbo (hence the shirt). A bit of colour but dominated by shadows, grey and black tones. It is called Inside. No other information. Despite the vagueness this game looks interesting to me.

Moving on to ID @ Xbox. Montage of indie games being shown. I’m hoping this presser ends on a high note because this part is giving me time to reflect. The whole thing’s been rather mundane. Come on Xbox, impress me. Surprise me with something. And no sooner do I say that do I see Tomb Raider. Sold. One of my favorite games of the last little while. As quickly as I typed that the trailer is over and, again, no other information was shared. The fuck?

Witcher 3 is now being demoed. Main character looks like the new Snake from Metal Gear. Called Wild Hunt. Presenter talking about the fact that you can go anywhere you can see. Great because the vistas in this game look great. The combat looks extremely standard though. Witcher Snake just cut a guy in half with about half the gore of Gears of War (speaking of which there’s been strangely no mention of).

Ken Lobb is now on stage talking about Killer Instinct’s success. Now bringing Phantom Dust to Xbox One. I don’t even remember this game on the original Xbox and had to Google it. Apparently its a fighting game. Next please.

Ryan Barnard on stage to talk about The Division. Hopefully things will get exciting again. We’re getting a “live” demo. This is one of the games that excited me most last year and here we are a year later with another, similar teaser video. Sad to see it is still such a wait for release. Seems as close as we’re going to get to a Rainbow Six style of game for a while. One of the player names on screen says “(tablet)” and that character is shown onscreen as a drone. Possible oversight/tactical angle to game play? Not sure what that means but wonder if people can’t play via SmartGlass app too? Cool use of gadgets to distract and disable bad guys. Lots of Ubisoft trademark effects. The pacing of this game looks to be right up my alley.

Division is followed by Platinum Games on stage. More dragons. Scalebound is the name of the game. Things sort of got all Shadow of the Colossus near the end.

David Jones on stage. Comments about reimagining the open world gaming experience. Its Crackdown, one of my favourite games form the Xbox 360. More neon, new city, new villain. They just used a falling skyscraper as a ramp to jump a truck loaded with explosives into another, bigger building where the bad guy was hiding out. I’m a Crackdown fanboy so this one is great to see as the big reveal but my excitement is tempered by Crackdown 2.

Phil Spencer is finally back to wrap things up. They’ve delivered 90 minutes of purely games, just as promised but I’m underwhelmed by a lack of information. Come on guys, you’ve got the entire gaming world watching. I realize it is hard to keep a secret these days but there were far too few “wow” moments. Leave the teasers for YouTube and give us some details. Xbox really failed to build excitement for things! Definitely a better presentation than last year but decidedly average presentation at best.