The Top 10 Games Coming to Nintendo Switch in 2019

When this was announced you could hear the cheers ring out across the world. Luigi’s Mansion was first thought to be a simple knock off of Mario Sunshine, a way to keep Luigi busy. That is until people played the game and were immediately met with a charming and adorable tale of cowardice in green. Luigi’s Mansion 3 was another game we had all hoped would come up but never really believed it would and yet, here we are! I wouldn’t be surprised if this becomes one of the top selling titles of the year.

The first Rebel Galaxy game was interesting but a bit flat in many respects. Rebel Galaxy Outlaw, however, is related pretty much in name alone. This game is a sort of Choose Your Own Adventure meets Joss Whedon’s Firefly experience. You can join guilds and factions, jump in your ship for missions in third or first person, and even upload your own music into the game to listen to while flying or fighting. Stations will feature a number of games to play like dice, cards, and pool, and it really is a gritty, americana, wild west in space sort of game.

3. Away: Journey to the Unexpected

There is no accurate way to really explain Away without simply pointing to the trailer. Away is a wholesome game about adventure and imagination that seems like a close cousin to the Dragon Quest universe. Players will journey in first person as they fight, solve puzzles, and even negotiate around every encounter as they explore a rich and colorful world. Not much is known yet about the game but its unique art style and incredibly varied method of advancing the plot is refreshing and bold. This one could be a sleeper hit but it would be an incredible disservice if it were.

If Super Smash Bros. Ultimate has been any indication, Fire Emblem is an incredibly rich series with a massive fan base. Fire Emblem has evolved over the years as a brilliant tactical experience featuring horrible consequences should your favorite characters fall in battle. There has not been a home console entry in the series since Radiant Dawn back in 2007, so it will be amazing to see what the hardware in the Switch will do since the last time we saw these characters in full 3D models 12 years ago on the Gamecube. For some gamers, Fire Emblem alone is enough of a reason to own a Switch and getting to play with the full might of a home console behind it will truly be an epic adventure.

Could it really be anything else? Lets Go Eevee and Lets Go Pikachu were fantastic fun for gamers but what we have been dying to get for years is a full fledged Pokemon experience on home console. The Gamecube had spin-offs, and the Wii had games like Poke-Park, but all we wanted was a true, blue, Pokemon experience with the might of a home console behind it. While the game does not have an official name yet it has been confirmed there will be a proper new entry in the Pokemon series coming to the Switch and we cannot wait to scrape up every single morsel of information the game has to offer. Considering the rampant success of the Lets Go games, an all new adventure will be mind blowing! 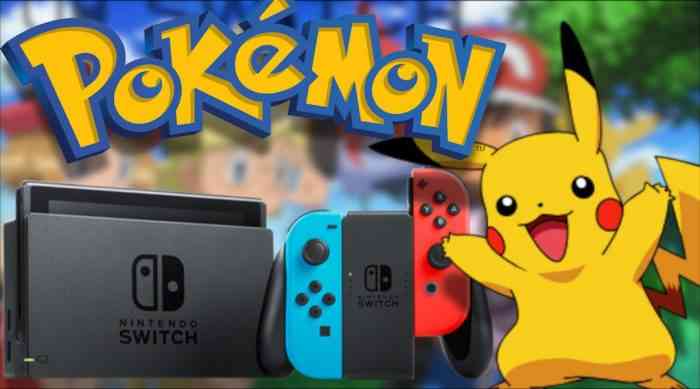