Tiny Tina’s Wonderlands lets players dive head-first into another Bunkers and Badasses session, hosted by the titular explosives expert herself. Wonderlands is a better blend of DnD and Borderlands than ever before. But its high fantasy tabletop essence still shines.

Leaning much more heavily into its inspiration, Tiny Tina’s Wonderlands is the first game from this universe that gives players the freedom to customize their character in a fashion incredibly similar to that of the iconic TTRPG, Dungeons and Dragons. The game features six playable classes at launch. Each one has its own unique take of the common tropes found in high fantasy games but featuring a twist to make it something a little extra special. Here is a brief look at the six playable classes available at launch.

A familiar trope gamers might recognize from The Elder Scrolls, the Brr-zerker fills the role of the Barbarian, albeit with an affinity for the cold. This class is designed for getting in close and smashing enemies in the face with whatever you may have at hand. Their Dreadwind Action Skill (more commonly referred to as ‘Spin to Win’) will see the camera pull to third person. Then, the Brr-zerker spirals in circles, wielding their mighty weapon with both hands and dealing massive damage. Feral Surge, their second Action Skill, allows the Brr-zerker to leap a great distance to a nearby enemy and cleave them with a downward strike. 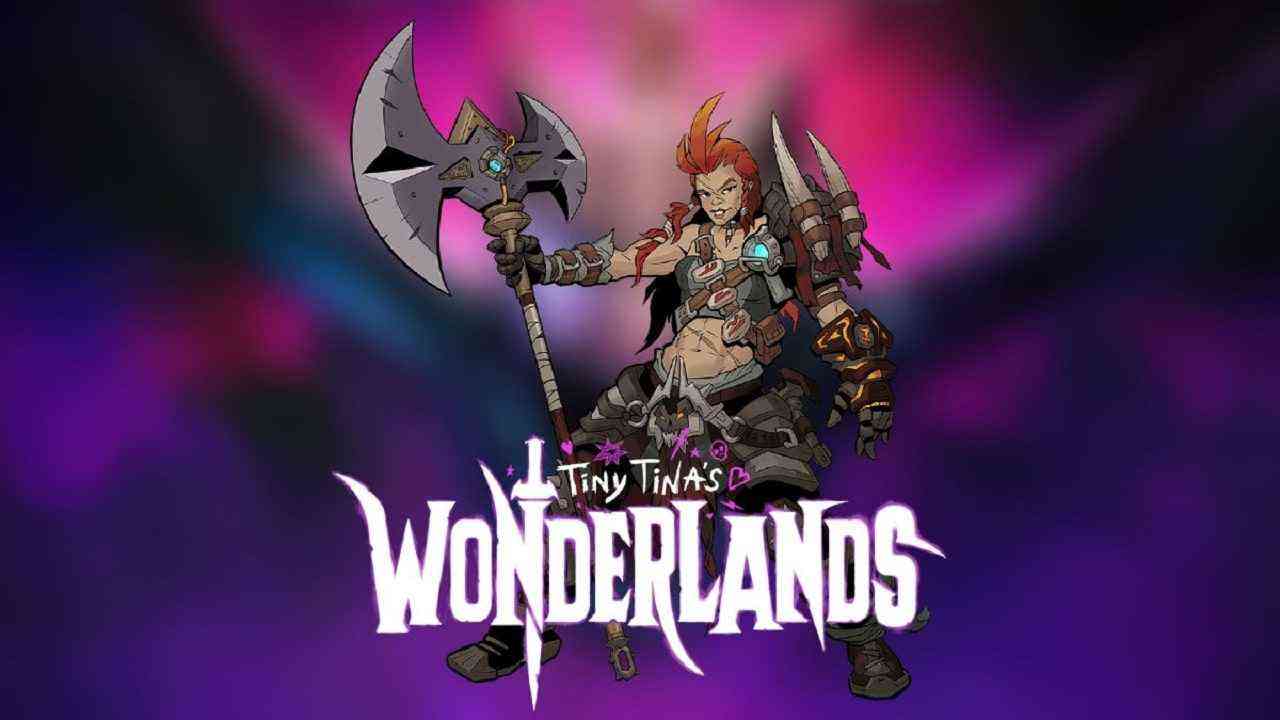 If the Brr-zerker activates either of these abilities in Tiny Tina’s Wonderlands, they enter an Enraged state. Their Passive Class Feat (Called Rage of the Ancients) adds additional Frost damage to their attacks. And subsequent activation of Action Skills makes the Enraged state last even longer. Abilities unlocked in their skill tree will stack even more Frost damage to their attacks, make Enraged last longer, and cause high health regeneration while Enraged. This is a class built for survivability at close range and greatly encourages using your Action Skills as often as possible.

If you prefer to play a more supportive role as a tank in Tiny Tina’s Wonderlands, the Clawbringer is the best class for you. Standing in for the Paladin, the Clawbringer has a hearty health pool. They deal out Fire and Lightning damage in equal measures. And their Cleansing Flame Action Skill lets the Clawbringer wield their dragon-head-shaped hammer in two hands, crashing it down to explode a wave of flames at the enemy.

Storm Dragon’s Judgement – their second Action Skill, however, is their own cheeky reference to Mjolnir. Charged with lightning, the hammer is thrown in a straight line and deals damage to any enemy it hits along the way. When it hits the ground, it creates an AOE bubble of Lightning damage. This lasts either until the skill duration ends OR the hammer can be recalled to the Clawbringer’s hand. It also deals damage once more on the way back. 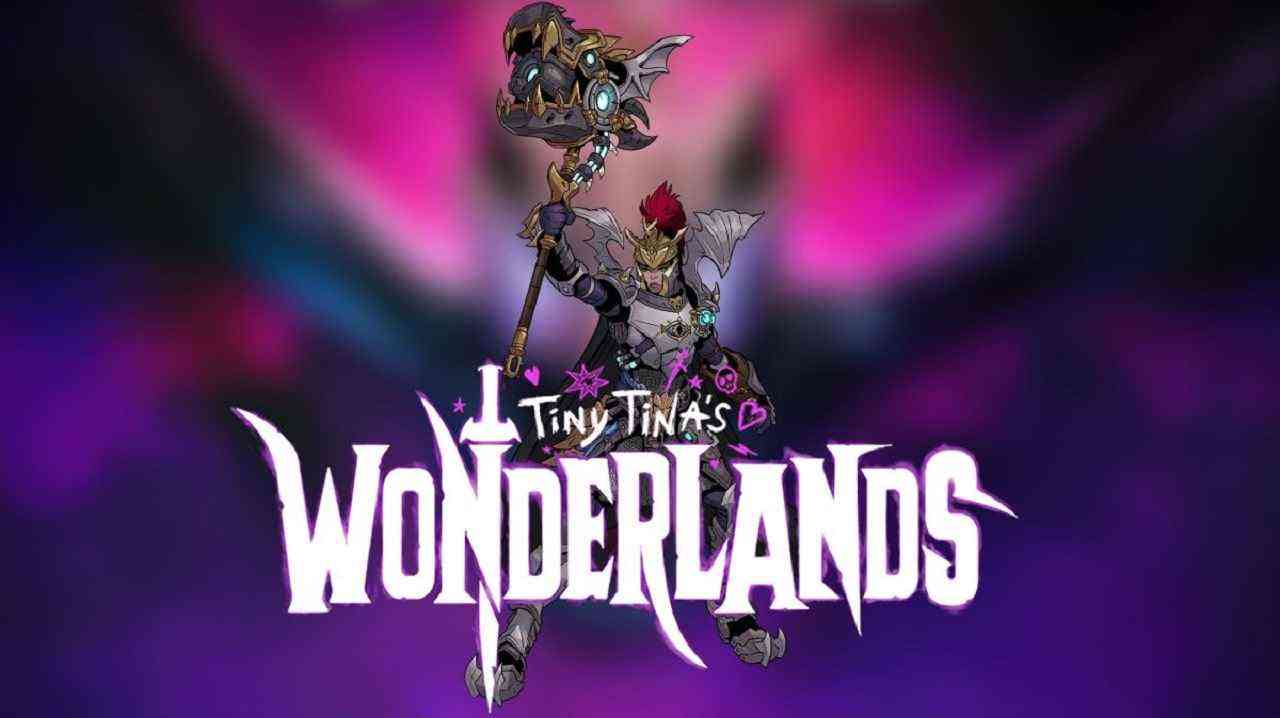 Rather than a Passive Class Feat like the Brr-zerker’s Enraged, the Clawbringer will always have a small Wyvern companion to help in battle. The Clawbringer’s skill tree will enhance the Wyvern’s attacks with Fire and Lightning powers. It will also create more devastating blows. Every increase to the Clawbringer’s damage will also enhance any Companions they have. Plus, their Dragon Aura perk offers 4% resistance of all Elemental damage to themselves and their allies within range. Perfect for supporting your team while unleashing chaos from a medium range.

Every party has a hot-head, and every team has a player who loves to go high risk/high reward, and the Graveborn is most similar to the Warlock of DnD. Channeling Dark Magic, the Graveborn is at its most effective when low on health to unleash pure destruction. Their first Action Skill, Dire Sacrifice, lets the Graveborn sacrifice a percentage of their health as a means of damaging every enemy in the area with Dark Magic and applying the Dark Magic status effect to them. The more health sacrificed, the greater the damage.

While this explosive technique is good in a pinch, arguably one of the most effective Action Skills in the game is their Reaper of Bones ability. The Graveborn is immediately restored to full hit points, but their health slowly and constantly drains. The more it drains, the higher their damage output becomes. When their health reaches zero, the Graveborn becomes Invulnerable for a short time before being restored to 20% max hit points. 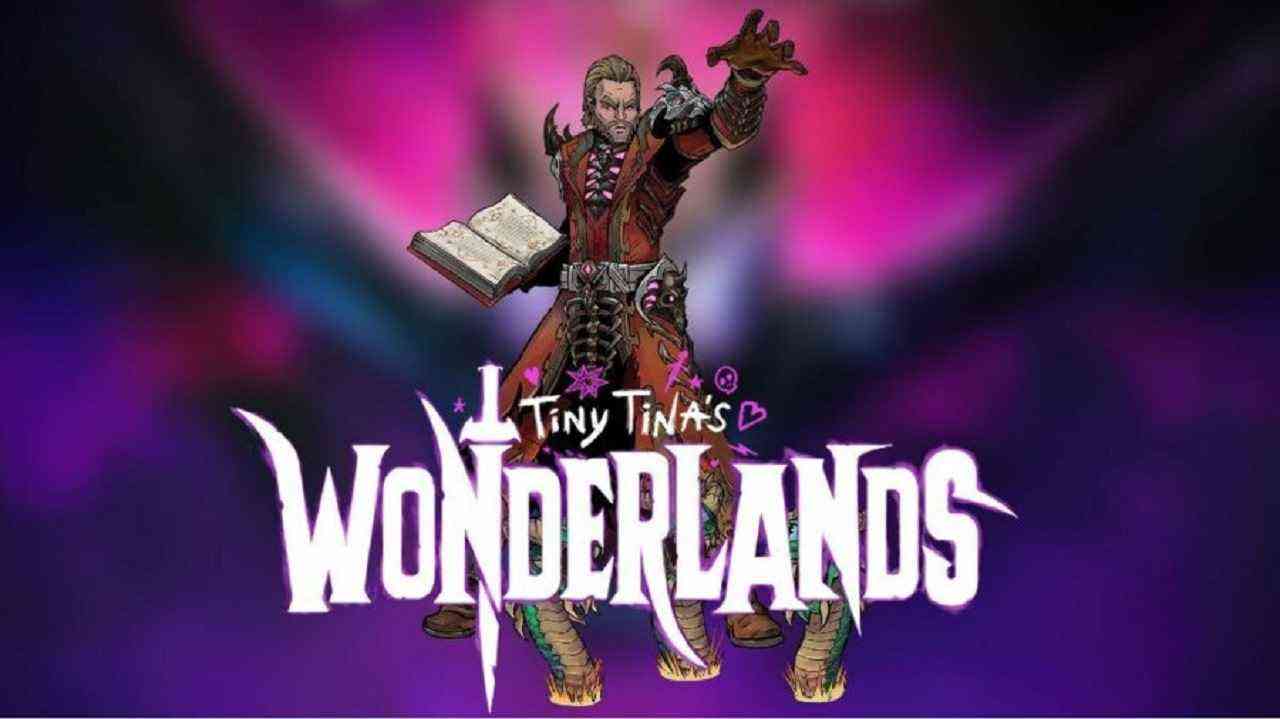 Both of these abilities play off of the Graveborn’s health, but what about their damage output while healing? Luckily, the Graveborn has a companion of his own in the form of a Demi-Lich: a flying skull. In Tiny Tina’s Wonderlands, not only will the Demi-Lich attack enemies at will, but whenever the Graveborn casts a spell, the Demi-Lich will cast Hellish Blast (think Eldritch Blast for you DnD fans) which will home in on a target. The Graveborn has multiple nodes in its skill tree for increasing its own power the more Companions it has, as well as having a few skills to summon additional Companions. It can even defer a killing blow to the Demi-Lich to spare its own life! Just like a Warlock, this is a very powerful caster when trained properly. Just be sure the darkness doesn’t consume it.

Arguably the perfect example of what Tiny Tina’s Wonderlands is to Borderlands, the Spellshot combines spellcasting and gunplay into a glass cannon class. Which perfectly represents DnD’s Sorcerer. A classic spell from the legendary TTRPG, Spellshot’s can cast Polymorph as an Action Skill. This lets them turn lower-level enemies into livestock which makes them easy pickings for the rest of the team. What if you cast Polymorph on an enemy too powerful to be changed? You get a free cast of whichever spell you have equipped. This brings us to their second Action Skill which will no doubt be incredibly powerful: Ambi-Hextrous. This skill lets you replace its slot with an additional spell. In Tiny Tina’s Wonderlands, spells replace your grenade slot and can have far-reaching, wild effects. This skill will let you have two at your fingertips. 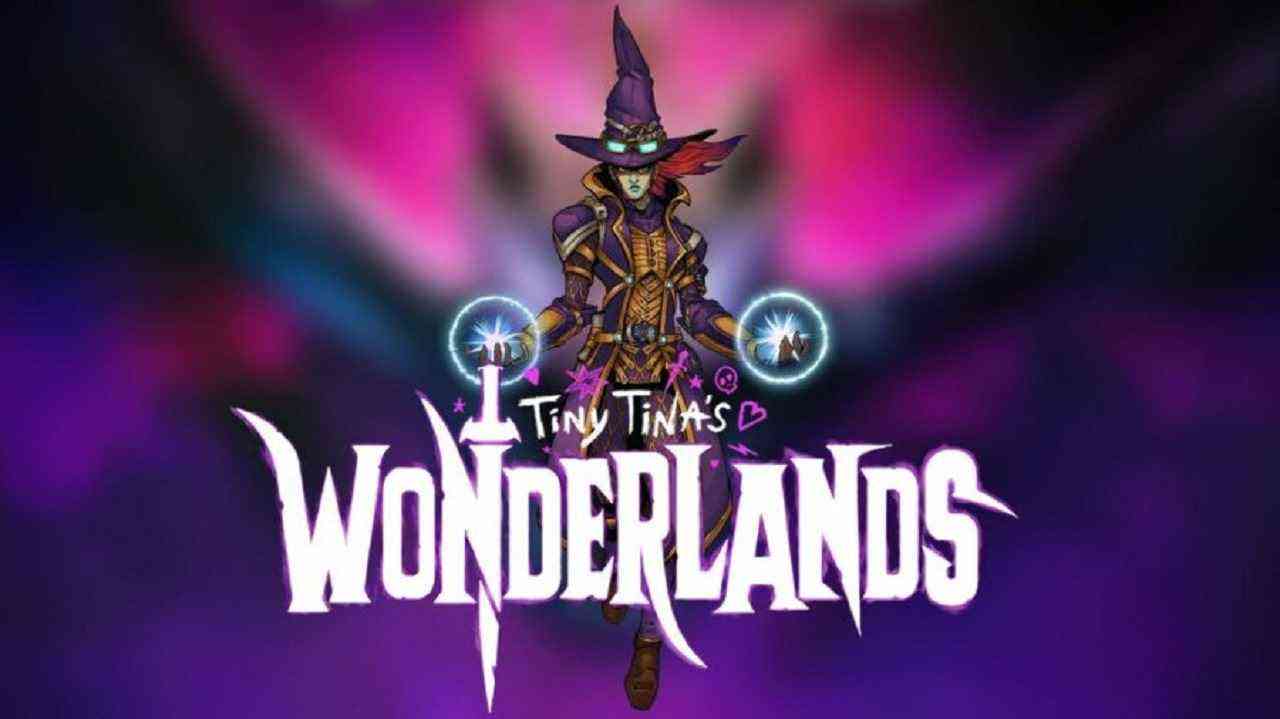 Their passive ability is Spellweaving, in which casting a spell or reloading their gun grants them a “stack” of Spellweaving enhancements. These can stack up to a maximum of 5, with each stack adding 10% Spell damage and lasting about 10 seconds. Their Magic Bullets perk lets the Spellshot’s Gun damage increase based on any Spell damage increases it may get. Not to mention High Thread Count which adds an additional 3 maximum stacks of Spellweaving. Many of their perks find a perfect synergy between rapid-firing spells and bullets to your heart’s content. This is the essential long-range damage dealing class that Clawbringers and Brr-zerkers were made to defend.

Some players prefer a ranged approach that doesn’t rely so heavily on magic. And for that, the Spore Warden is an excellent stand-in for your classic Ranger archetype. This class is about surviving on your own in the wild and trusting in your guns… and your Mushroom Companion. For Tiny Tina’s Wonderlands, the Spore Warden’s Barrage Action Skill lets players live out their Legolas-esque fantasies. They summon an ethereal bow that fires seven arrows, each one ricocheting between enemies. Their second skill, Blizzard, is great for causing some chaos on the field as it summons three ice tornadoes, dealing Frost damage and potentially freezing foes and making them more vulnerable to being shattered by your bullets. 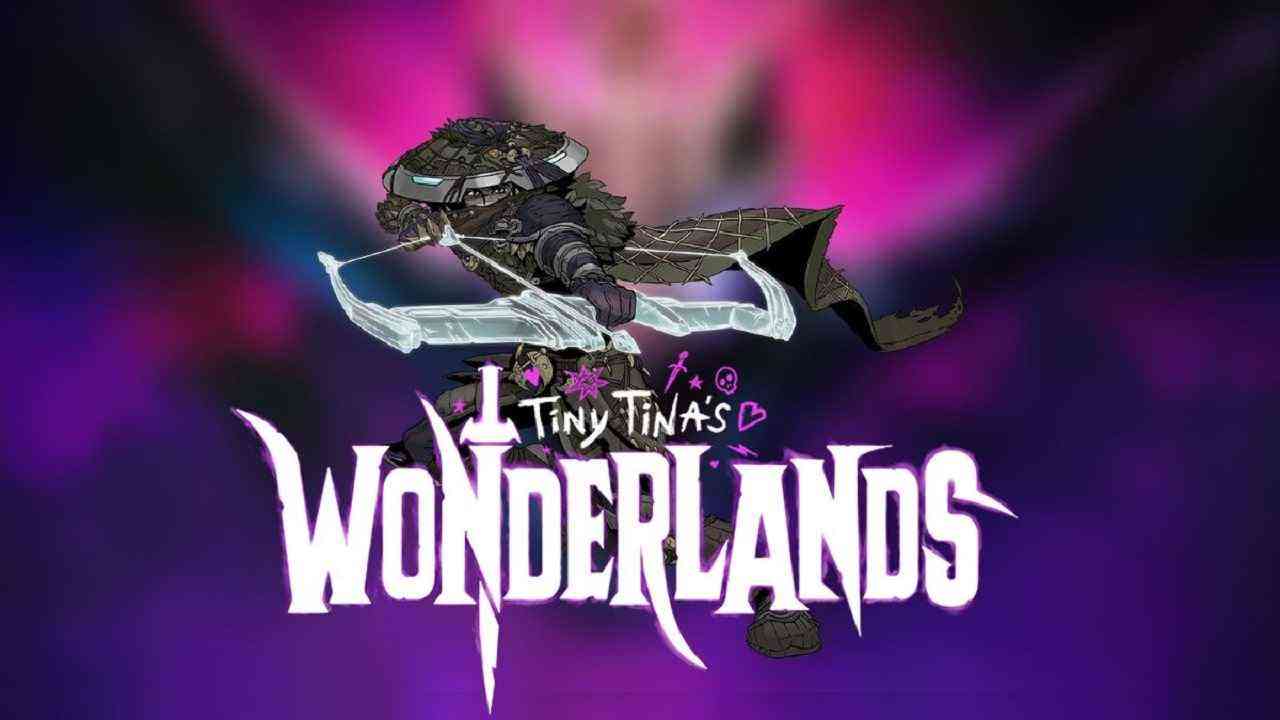 As mentioned, the Spore Warden has a Mushroom Companion. This cheeky little guy deals Poison damage to your enemies and will lunge towards targets you direct him to attack. The Spore Cloud perk allows him to taunt the enemy, fart, and leave a poisonous cloud in the area. More useful is its Medicinal Mushroom perk. This lets the Mushroom revive the Spore Warden should they be downed and need help. The Quiver of Holding lets players carry more bullets for all guns. Plus, Called Shot offers increased Gun damage and damage resistance while aiming down sights. If players are looking for a ranged class a bit more in line with classic Borderlands play, the Spore Warden is it.

The final class is arguably the most fun to say. Stabbomancer, as you can imagine, is Tiny Tina’s Wonderlands’ own twist on the ever-lovely Rogue. Made to be fast, stealthy, and specialize in Crit damage and Status Effects, this is a great utility class for high damage and moving quickly. The first Action Skill of the Stabbomancer is the Ghost Blade. It’s a large spinning blade that can be summoned on the ground or in the air to deal AOE damage that matches the elemental type of your weapon. It can even be repositioned once summoned at the cost of some of its cooldown. Their second Action Skill is, of course, From the Shadows. In typical Rogue fashion, they will turn invisible in the Stealth state and every hit will be a Critical Hit, albeit at reduced damage. 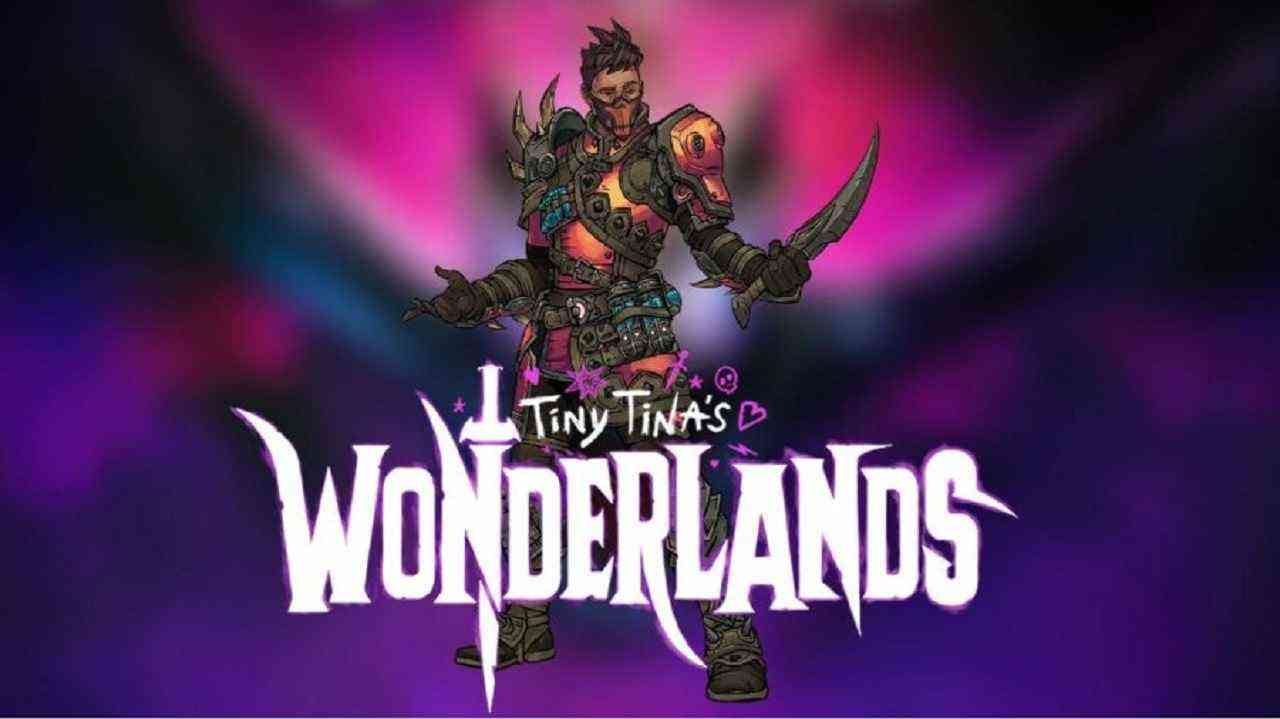 What makes them so good at Critical Hits? Their passive skill, Dirty Fighting. It gives them an innate 30% chance to connect with a Critical Hit. Their Sneak Attack and Shadow Step skill tree perks (both borrowed from DnD) will further enhance the potency of their Critical Hits. But their skills with Status Effects are just as powerful. Potent Poisons and Exploit Their Weakness deals extra Status damage, Contagion has a chance to spread a Status Effect to another enemy. However, if none are around it applies another Status Effect to the target. And Alchemical Agent lets all Melee Critical Hits apply a random Status Effect. It’s a nimble class good at all ranges and excellent for taking chips out of the enemy’s health without getting hit.

These are the six playable classes available in Tiny Tina’s Wonderlands at launch. Each fills a role just like a classic TTRPG party, but there are so many ways to play these classes. And there are so many ways to multiclass them together into something truly your own. What class have you been playing in Tiny Tina’s Wonderlands? Let us know on Facebook, Twitter, or the Comments section below. Don’t forget to check out our review of the game here.