The Defenders Season One Break Down

The culmination of Netflix and Marvel’s partnership has arrived in the form of The Defenders. The Defenders are the team up of Daredevil, Jessica Jones, Luke Cage, and Iron Fist as they battle The Hand to save New York. The seasons of the show have been hit and miss, so with only half of the team having done anything worth the time spent watching, how does the mash up work? Well, after the first half, it hasn’t been great.

Now that The Hand has control of their Black Sky, the evil organization moves forwards with their plans to destroy New York and only four heroes stand in the way of their secret plans coming to fruition.

The first 4 episodes of the 8 episode season are building off of the events of the heroes individual seasons while bringing the four of them reluctantly together. Danny and Colleen are chasing down leads around the world to try to undermine the hand with little to no success. Luke is just wrapping up his prison sentence and is looking to keep Harlem safe again. Jessica is avoiding any and all public life, even dodging calls from Trish. While Murdoch is doing pro bono work for clients who need him while avoiding his calling as the Devil of Hell’s Kitchen. Of course, each one of them gets pulled back into the role of hero, kicking and screaming, as each of them slowly gets drawn into the Hand’s evil web.

The first half of the season ends with a great shot as the heroes stand together as an army of Hand soldiers descend on them. The stage is set for The Defenders to roll out as a squad in the back half of the season and it gives Charlie Cox and Krysten Ritter the chance to help balance out how horribly uneven the first part of the season has been. 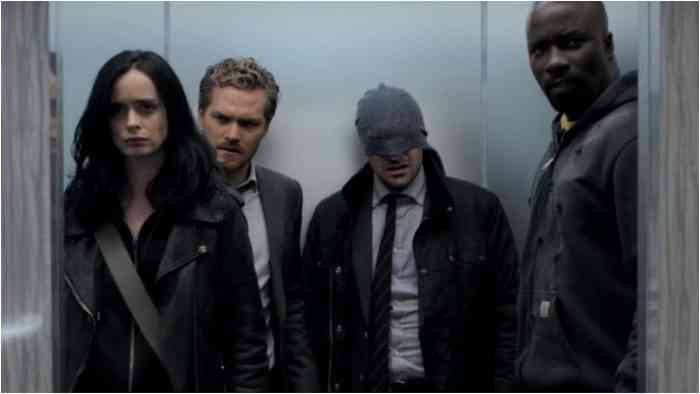 The things that work, work very well. Jessica Jones is a real stand out, as one would expect from the whiskey swilling, apathetic, hard-nosed PI. Her complete lack of caring is refreshing when paired against the other leads and her unraveling of the Hand’s secrets are the result of hard work, not being laid out on a silver platter like most of the other characters have the luxury of. Her lack of charm and her stubbornness are her most endearing qualities, mainly because we know that she really is going to dig in and help stop evil doers.

Matt Murdoch has the arduous role of carrying the season on his shoulders, his show being the far and away strongest part of the four. Charlie Cox successfully broods and rejects his role as Daredevil, having hung up his cowl after the second season’s finale basically destroyed his life. With Elektra being resurrected as the Black Sky, Murdoch’s stakes in the fight are personal and his own inability to sit by and watch are what draws him back into the hero fold. Charlie Cox’s likeability is huge points for The Defenders, so putting him essentially in the background seems like a strange choice to me. Especially given that he’s the only one of the stars that can actually do any of the fight scenes, not exploiting Cox’s abilities and the relationship of Elektra and Daredevil to a greater degree has baffled me.

“Jessica Jones is a real stand out, as one would expect from the whiskey swilling, apathetic, hard-nosed PI.”

What they’re doing instead is focusing on Luke Cage and Iron Fist, easily the worst parts of Marvel and Netflix’s partnership. Danny Rand’s Iron Fist is essentially the star of the show as it is his role as the Fist to fight The Hand. They want his powers for their own reasons which is awful and what is honestly bringing the show down. Finn Jones hasn’t gotten any better at acting since his solo show and may have gotten worse. His fight choreography has improved some but he still struggles in fight sequences – not really ‘greatest warrior in the world’ levels of expertise. Mike Colter has gotten a little more palatable now that he doesn’t need to be on screen at all times. Cage is working fairly well as a part of a group but Colter is still almost as bad an actor as Jones. Giving the two worst actors the most screen time is puzzling, especially when they have to have more than one emotional and poignant scenes.

The Hand is headed up by Alexandra Reid, played by Sigourney Weaver. She is bringing all of the Hand together around their prophesied Black Sky to bring them back to the peak of their powers. Resurrecting Elektra has left the leaders of the Hand facing their own mortality, so their evil plans have been sped up. Even as they battle The Defenders who are on their way to immortality, division is being formed in the ranks of The Hand, making the villains, strangely, the most interesting aspect of the show. 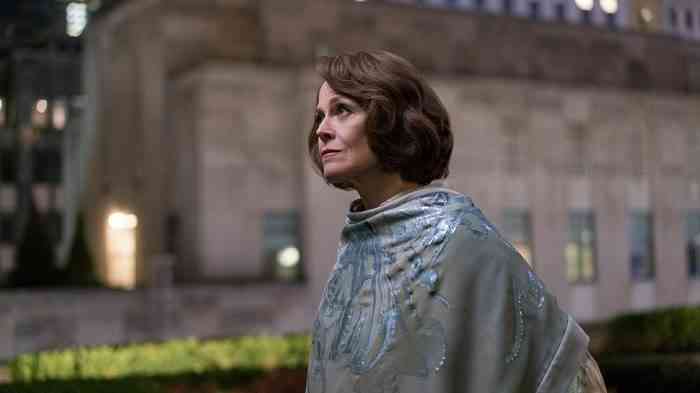 The first half of the season needed to set the team up and bring them together which always results in some awkward first meetings. However, it seems slightly ridiculous that these super powered individuals would have trouble believing each other so much that their stories result in ‘hands on the hips’ stance while shouting ‘oh come on!’. You don’t know how much I wish that was a metaphor…

Cage, in particular, has trouble believing Rand or Murdoch and thinks The Hand sounds like a fairy tale. You know, bulletproof Luke Cage who got taken over by a fast talking Brit and had to fight a 100-pound woman who could throw a car? I could certainly see why he would have trouble coming to terms with a blind lawyer ninja or the supernatural.

Halfway through, The Defenders can’t seem to find a good balance. The fight sequences are great, well directed, and a treat to watch. However, they are dragged down by the horrendous acting of Finn Jones literally throwing temper tantrums, and Mike Colter trying to act his way out of a paper bag and failing. Gone are the days of the incredible stairway fight scene in Daredevil, but Cox still puts in the effort to elevate the action while digging deep as an actor along with Ritter to try to bring balance to the leads.

I have high hopes for the back half of the season as everything is coming to a head. Now that we have the pesky ‘I work alone’ sections done and over with, the show can focus on finally revealing The Hand’s plans and bringing the war to the forefront. If the second half can pull focus and deliver a banger back half, The Defenders season can still be saved. In all honesty, the first half was pretty rough, so it can only get better from here… right?