As we creep closer and closer to this year’s E3 and the anticipation for what exciting announcements it may bring start to ramp up, I find myself thinking back fondly to my time there last year. The lights, the chaos, the glitzy glamour, E3 was a three(ish) day showcase of what the biggest, the best and the brightest had to offer to fuel the flames of the console wars. But as I look between then and now and I look over the promises versus what has been delivered, something seems a little off.

While some big things have rolled out since then, (such as Destiny, the Battlefield announcement, Dragon Age, the impending Arkham Knight and Metal Gear 5 to name a few) so many other projects that weren’t promised have been announced. Now my schedule is filled with ‘Gears of War Remastered’ or ‘God of War 3 Remastered’ or the most baffling, ‘Final Fantasy X/X-2 Remastered’. 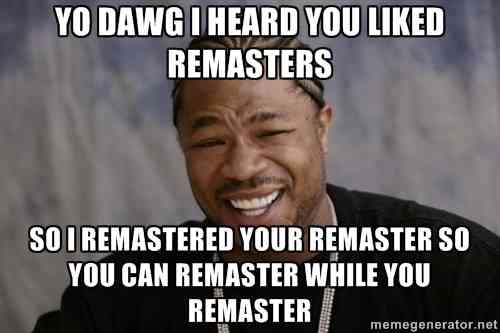 What we’ve stumbled upon is the age of the remastered. An age I’m not particularly thrilled with. The landscape is chock full of ‘updated’ versions of fan favourites and classics that seemed pretty cool at first. I mean, who wouldn’t want to throw down the Gears trilogy on the Xbox One? But if you’ll take a look, there seems to be something missing from the schedule that’s becoming quickly packed with Remastered Editions. Where are all the games that have defined the new generation?

To be fair, I did mention some games that are about to come out that will help with that. The Witcher 3, Arkham Knight, Metal Gear Solid 5, and Halo 5 are all rolling out in the next six months. This is going to ease some of the strain I’m talking about, but it’s still going to take till the end of 2015 before we truly have a roster of next-gen games to choose from.

That’s where all the Remastered editions come in. It worked for The Last of Us, it worked for Halo, why can’t it work for everything else in everyone’s back catalogue? What this has turned into is a great distraction tool for consumers. With new releases already a bit thin and many of them getting pushed back to avoid a catastrophic release, the choices of great buys for your PS4 or your Xbox One is pretty paltry to say the least. But studios have been able to keep people from noticing it by offering up a bevy of last gens best sellers with a new paint job. 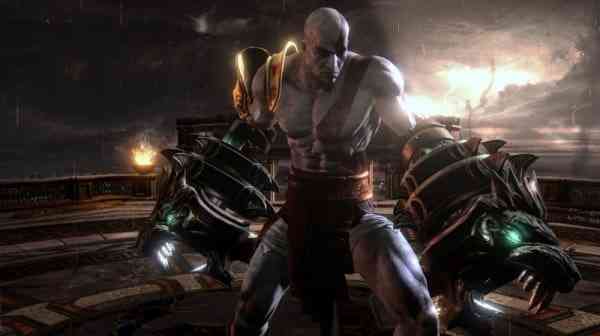 “God of War 3 Remastered, that was the final straw for me. Who asked for that? Who was clamouring for an updated version of a 5 year old game?”

Looking at my current library of next-gen games, I too have fallen prey to this brilliant marketing scheme. However, it was the announcement of God of War 3 Remastered that was the final straw for me. Who asked for that? Who was clamouring for an updated version of a 5 year old game? I mean, it looks hella good in the screenshots that have been released and maybe I’m in the minority here, but I’m still okay with playing that trilogy on my PS3. I don’t need to throw more money at a series where I’ve already purchased the three games a total of 6 times (but only the third one once… I moved a few times).

The Remastered craze is a money grab and a marketing tool to cover up the fact that your shiny new console isn’t really getting the amount of games it deserves. This isn’t upgrading your DVD collection to Blu Rays. This is paying full price for another copy of a game you already own but with (in most cases) only slightly better graphics. The exception to this case, obviously, is GTA V. That is a Remastered version that Rockstar actually took the time and effort to bring you a worthwhile update to a game you already own and all it really took was a new point of view and an awesome online campaign. Somehow, simple things like that have been lost on most others as many Remastered versions have failed to come with anything to really set it apart from its first release.

I guess what I’m hoping for from this E3 isn’t that I see a lot of the same stuff I saw last year, coupled with a bunch of promises on ‘the best product you’ll ever see’ with a few Remastered editions peppered in between. I’d like to see solid release dates for new games and the promise of more titles to fill out my new library. The last thing I want to see is the promise of more shiny versions of my old library.

Next Skyrim Mods Are Free Again – What Better Time to Mod Your Game? Part 1
Previous Hearthstone: Free-to-Play or Pay-to-Win?