Earlier this month was the SoCal circuit of the Red Bull Conquest series. Players from all over the region gathered to play Street Fighter V, Tekken 7, and Guilty Gears Xrd REV 2 in an industrial park nestled in Huntington Beach. Each competitor was vying for a chance at the finals in D.C. later this year and to be placed on their respective region team. This year’s LA team will be Bryan “Dankadillas” Teran on Street Fighter V, Bryan “Yanflip” Eguarras with Tekken 7, and Keenan “Kizzie Kay” Kizzie rounding out with Guilty Gears Xrd REV 2. 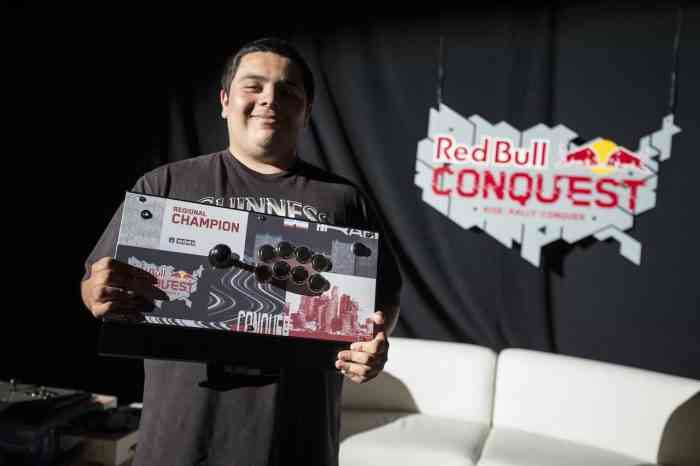 A long day of fierce competition

The day started of calmly, as if everyone knew that they would need to pace themselves for a long day.  As the day went on and the sweet caffeinated smell of Red Bull hung in the air, emotions started heating up. The finals drew nearer and the brackets shrunk; you could see the determination growing on players’ faces. Star players kept their cool, though, knowing that every slip up would be punished hard. It must be obvious, but simple button mashing wasn’t going to get you very far here. 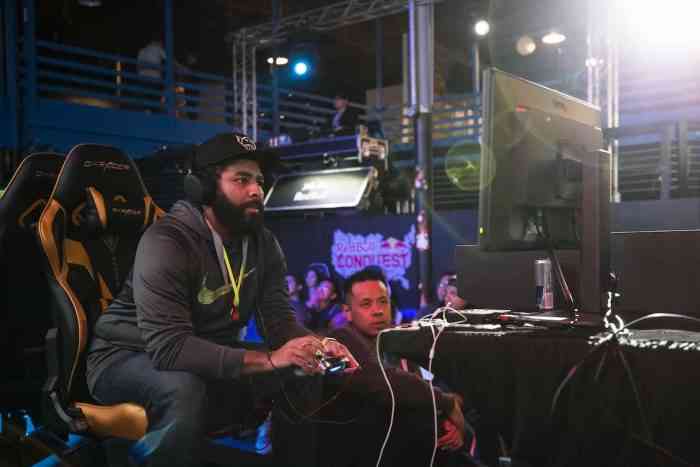 To the untrained eye, like mine, the tournament seems relatively straightforward: play better than everyone else. While that does hold to be a core tenet of competition in general, the Conquest series has a few meta-strategies that seem to be know by the regulars of the fighting game community. For example, I was informed that SoCal is home to a lot of killers, or really talented players. For this reason, people from other regions will come down for a chance to play against some of the killers in hopes of honing their skills. Conversely, players in a region like LA will might travel to neighboring regions that might be traditionally weaker to boost their chances of ultimately making it to DC. In addition, the debate of pad versus fight stick popped up during the day between competitors. While many will assume that pros only use a fight stick, I did notice several players advance using a PS4 Dualshock (PS4s are the console of choice at this competition). 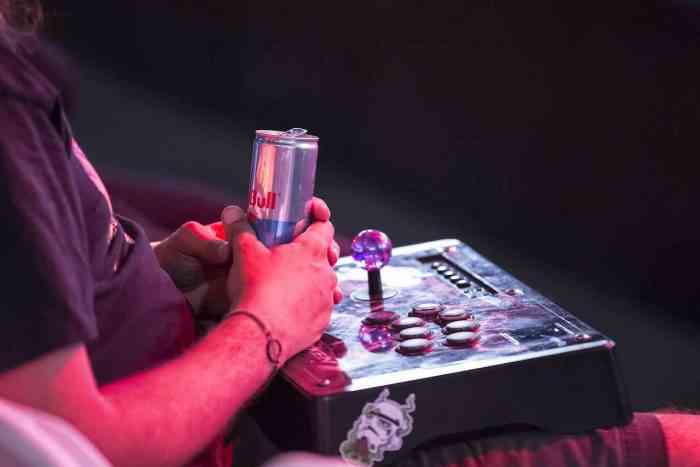 There’s something to be said about hosting a live competition for a game that could easily be played online. Aside from the technical benefits like no latency, the sportsmanship fostered and friendships gained are invaluable accompaniments. Speaking to the Jimmy Nguyen, the tournament director, he shares a strong nostalgia for those competitive nights with a local gaming community. Using his skills as a software engineer, he developed a application that helps esports tournaments run smoothly. “The most rewarding part is being able to work with fight games at this large scale,” Jimmy notes. “Before we would talk on Facebook or online, like ‘I know you, but I don’t know you’. The rewarding part of [organizing these tournaments] is the personal interactions and meeting people.” This idea of bringing people together is also the motivation for the choice of venues, open spaces that can easily be transformed into an esports arena but also cozy enough for people to feel comfortable to hang out all day. 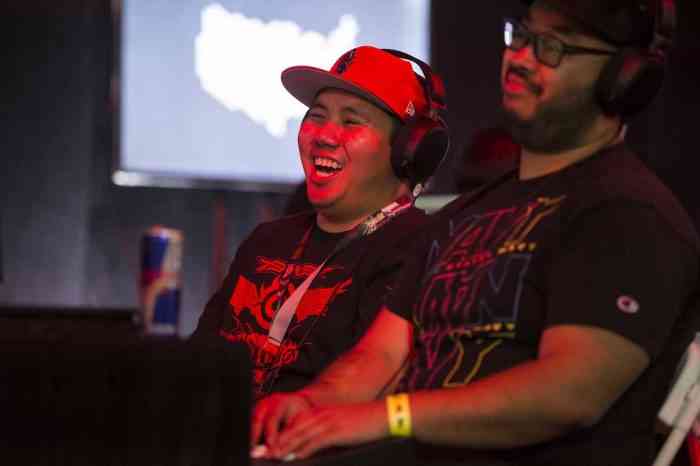 The finals are certainly beginning to take shape, as players from Chicago, Seattle and Los Angeles are fierce contenders competing at the Red Bull Conquest National Finals in Washington, D.C. this November. Twelve more qualifiers will take place throughout the country, where Red Bull Conquest sets its sight on New York and Nashville as its next qualifiers, both taking place on July 7. The full schedule can be found at www.RedBullConquest.com and all events can be streamed at www.twitch.tv/redbullesports.