This has been a great year for videogame music. One of the most eclectic scores has to be Peter McConnell’s music for Tim Schafer’s Psychonauts 2. In addition to composing the music for the original Psychonauts game, McConnell is a hugely prolific and respected writer. A very partial listing of his credits includes classics like Grim Fandango, Brutal Legend, Escape from Monkey Island and Plants vs Zombies. Peter McConnell graciously answered some questions about his latest project.

With their long working history, it was probably a given that McConnell would score Psychonauts 2. He joined the project very early on. “I worked on the score for four of the five plus years it was in development. I’ve been very fortunate to score all of Tim Schafer’s games,” McConnell said. “I have found over the years that Tim leads more by suggestion and example than by a lot of hands-on directing. So early on with the original Psychonauts he sent me some music to listen to, a CD of folk bands from Transylvania and Moldovia.”

A Mix of Old and New

Musically, the new game is a mixture of themes from the first game and a lot of new material. “Part of the fun of the project was being able to combine old melodies and new ones. The main title piece is a good example: unlike Psychonauts 1, it’s recorded with a full orchestra and has a brand new theme in the middle for the main villain.”

Psychonauts 2 introduces many new characters. “I used a lot of the melodies from the original Psychonauts, especially for characters that appear in both games. But characters and locations introduced in Psychonauts 2 got brand new themes. In fact the first month or so of composing was just doing character sketches on piano for all the new characters. Once the new themes were established, all the music got fresh treatments in terms of instrumentation, orchestration and live recording.”

“Once I had something in that state I liked, I would send the theme to the team at Double Fine. We went through a month or so of just me sending them character themes. Once those were approved it was off to the races: writing mockups, testing them in gameplay, revising, orchestrating, recording, editing and mixing.” 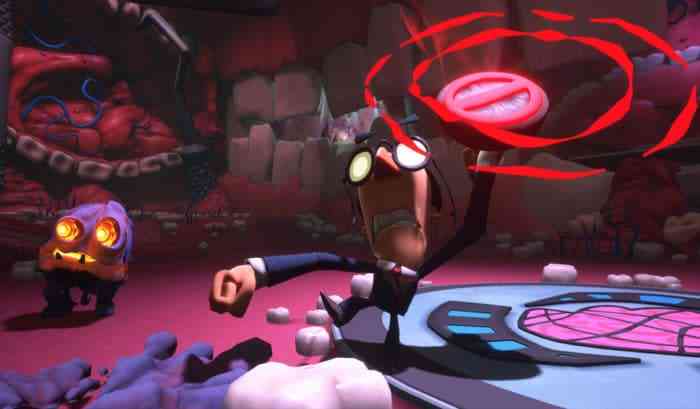 The Luxury of Live

So many game soundtracks are recorded with digital samples. Using live musicians is expensive, and COVID restrictions have made in-person recording difficult. Most all of Psychonauts 2’s three hours of music was recorded by live players.

“Essentially it was all live. The only samples in the game are piano and vibes (for consistency across different recording situations), Sasha’s techno piece from the original Psychonauts, and one synth sound in the Hollis level. Everything else in the 3 hour-long score is real people playing with live instruments. Virtually all the recording was done remotely. We had so many amazing players, from Orlando to Beijing.”

“I’m especially grateful to the Melbourne Symphony, who were able to do full orchestral recordings during COVID. In accordance with social distancing rules we split the orchestra in half and recorded in two passes: one for strings and winds and the other for brass. This gave us the added benefit of flexibility in mixing and more options for how to play back the music during gameplay. For example, in a big action level we could wait until things get really intense in the battle to bring in the brass and percussion, or go back to just strings and winds if there is a lull in action.” 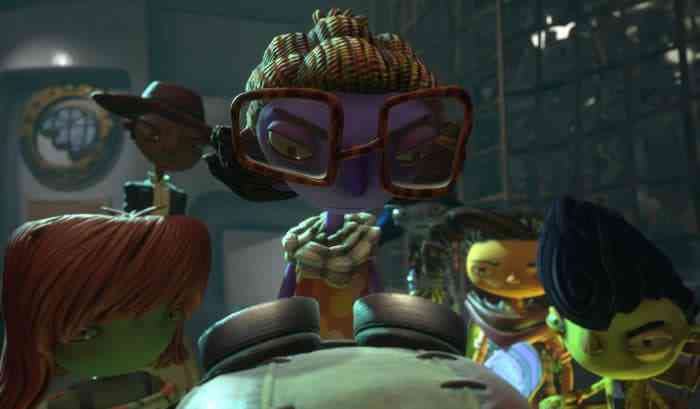 A Mix of Styles

One of the most notable aspects of McConnell’s score is the brilliant mix of music genres and styles. Big band jazz, pop, rock and more traditional action cues are all represented. “Psychedelic Rock was a genre I hadn’t gotten the chance to explore in previous titles. And, being a child of the ‘60s, I’ve always had a place in my heart for that sound. It also goes back to my roots as a composer for games, because the reason I came out to the Bay Area from Boston back in 1990 was to start a band with fellow musicians Michael Land and Clint Bajakian. But instead of starting a band, Michael founded the LucasArts Sound Department and the three of us wrote music for games together. That was 30 years ago.

“So the Psychedelic level in Psychonauts 2 provided the opportunity to have a special kind of reunion—to “get the band back together,” as it were, at Skywalker Sound. It’s one of the most amazing studios in the world. We were joined by recording veterans Justus Dobrin on keyboards and Eli Hludzik on drums. We tried to be as faithful to the music of the ‘60s as possible. Justus provided a Vox Continental organ from the period and Clint played a custom guitar similar to one played by Jerry Garcia in The Grateful Dead.

“Finally there was the opportunity to do a rock anthem with Jack Black singing. His tracks were done in LA, and the rest of the band was added in that session at Skywalker Sound.” 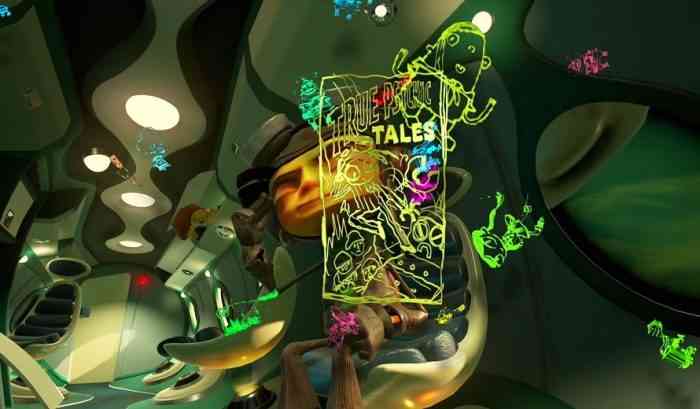 The Puzzle Comes Together

We asked McConnell about the challenges of the project, as well as a musical cue that he found especially satisfying.

“Doing a 3 hour-long score with live musicians is always a huge undertaking, but this was especially the case with Psychonauts 2. We had to figure out a way to record a lot of folks, including a live orchestra, during COVID lockdowns. We were lucky to be able to record the Melbourne Symphony in two passes. COVID also presented other challenges. No two members of the audio team could be in the same room—not for recording, mixing or implementing.

“An example of a cue that I think really worked out well is the Lady Luctopus boss music. It has the Melbourne Symphony recorded at ABC Studios in Melbourne, Australia. Bass and drums were recorded in Nashville and a Hammond Organ solo recorded in Hoboken.”

Special thanks to Peter McConnell.

The Random Awards 2021 | Press X To Podcast, Episode 4.22
Next The Definitive Xbox Holiday Gift Guide 2021
Previous 5 Video Games I Am Thankful For (and Five I Am Not)