If you’re a long-time Nintendo enthusiast, chances are your favorite style of controller is rooted somewhere in the past. Whether your grew up with the SNES wishbone, the NES brick, or the N64 trident, some part of the company’s rich history holds a special place in your heart. Yet, no controller has maintained a tighter grip on the collective consciousness than the GameCube controller. Both the sticks and the button placements are unique, while the analog triggers have never been replicated. PDP is looking to recreate that holy power with their Wired Fight Pad Pro. While it’s not quite perfect, it’s pretty close!

Let’s start with the good. If you’re a Smash Bros Ultimate player, these pads will… well they won’t be perfect, because you’re all purists. But, PDP’s fight pads will come in a very close second in terms of utility and comfort. The button layout and heft is all very GameCube. On top of that, the wired connection means there’s a lot less lag to wade through. If you’re leaning on those split-second inputs, wired is always better. Said cord is also enormous, which means you’re not parked on the floor directly in front of your TV. For those players less enamored with the original GC experience, the C-stick can be swapped out for a second analog stick. Maybe that tiny nub isn’t doing it for you? Maybe you want two proper sticks to swivel around? Then you’ve got options. 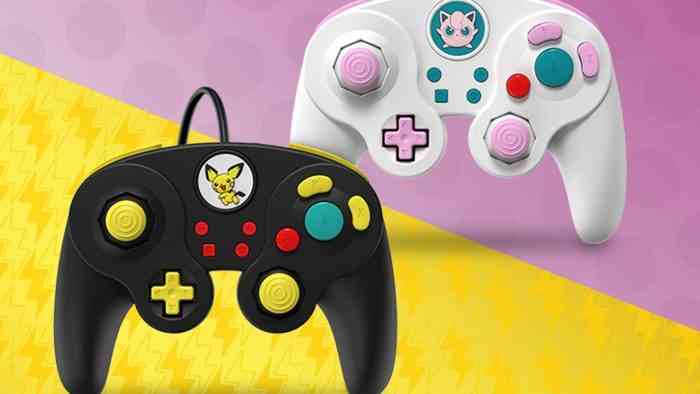 And yet, there are some downsides. The L and R triggers don’t feel as good as the ones in your distant memories. Those original triggers were analog, which isn’t something we really do anymore. Even the Dualshock adaptive versions don’t have that same meaty click you’re thinking of. Depending on how perfect you want your experience to be, you might just have to grab the adapter and go old school. Of course, the GameCube controller itself does come with some limitations. That button layout is very distinct, and can actually be detrimental when playing certain games. For example, SNES titles don’t play well the GameCube controller. Any games where you’re expected to be hitting B and Y in tandem suffer somewhat. All this means is that the Fight Pad Pro can’t replace a standard controller in every instance.

For All Your Smashing Needs

Finally, the Fight Pad Pro can’t replace Joy-Cons for their motion controls or their ability to interact with amiibos, but this is more or less a given. Thankfully, the controller comes in at a reduced price point as compensation. I’m more than willing to let go of a few features in exchange for gobs of money being saved. In fact, you could buy two of these Fight Pads for the cost of one Pro controller!

Cost is legitimately one of the big draws here. If you’re looking to round out your controller collection for multiplayer sessions or even gamepad diversity, PDP’s Wired Fight Pad Pro is a great choice. It’s got good heft, quality buttons, and a proper familiar layout. Plus, the cords are enormous! On the other hand, these controllers can’t replace certain originals without a hitch or two. They don’t have all the features of a Pro, and they aren’t quite versatile enough to play every game in your library. But for $25 a piece, they make pretty dang decent Smash pads. Heck, you might be continuously shocked at what modern titles they slot right into. I for one will be spending more time testing almost every Switch game I own, just to see how they stack up. The PDP Wired Fight Pad Pro: pretty close to a GameCube controller, all things considered.

***A retail version of the hardware was provided by the publisher***

New Paper Mario is in the Works According to Rumors
Next Xbox Series X and PS5: Top 10 Franchises That Need To Come Back
Previous 5 Things We Love About PlanetSide 2’s Escalation Update