The My Arcade Handhelds Have Their Upsides and Downsides

COGconnected was recently able to get its hands on My Arcade’s Rolling Thunder Micro Player and Bubble Bobble Pocket Player. While both handhelds contain beloved classics, are either of them worth the steep price of $34.99? Let’s find out! 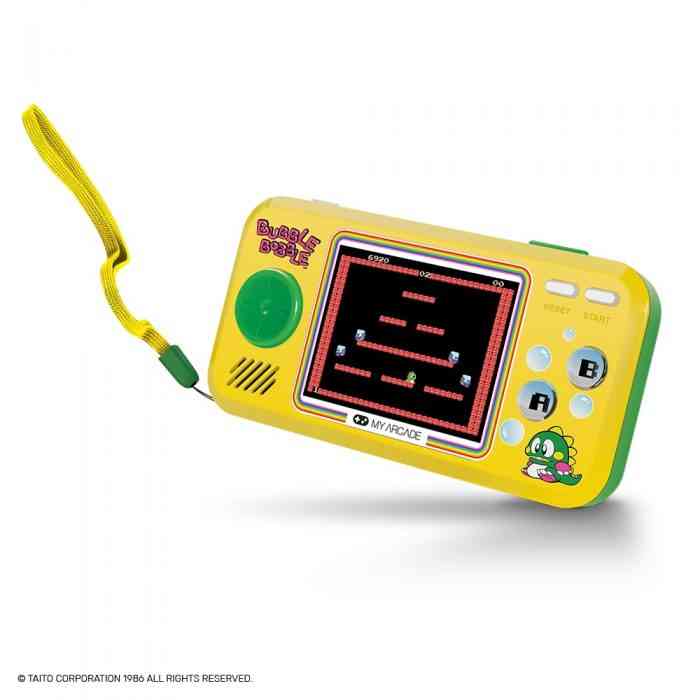 The Bubble Bobble Pocket Player comes with three games: Bubble Bobble, Bubble Bobble Part 2, and Rainbow Islands. In both Bubble Bobble games, you’ll play as a green dragon named Bub, who burps at monsters. His burps trap the monsters and, after touching them, they get turned into food. Bub then proceeds to consume his enemies for points. In order to proceed through the 100 levels of the first game and the 80 levels of Part 2, every enemy has to be defeated.

Things are a bit different in Rainbow Islands since in that game you take control of Bub’s human form, Bubby and, in order to progress, you need to reach the top of the game’s 32 levels. All three games are fun enough to play for a couple of minutes but the gameplay is pretty repetitive.

As for the Pocket Player itself, it’s got a compact design that’s perfect for portable gaming. The Pocket Player needs either four AAA batteries or a micro-USB cable with a USB port in order to work. 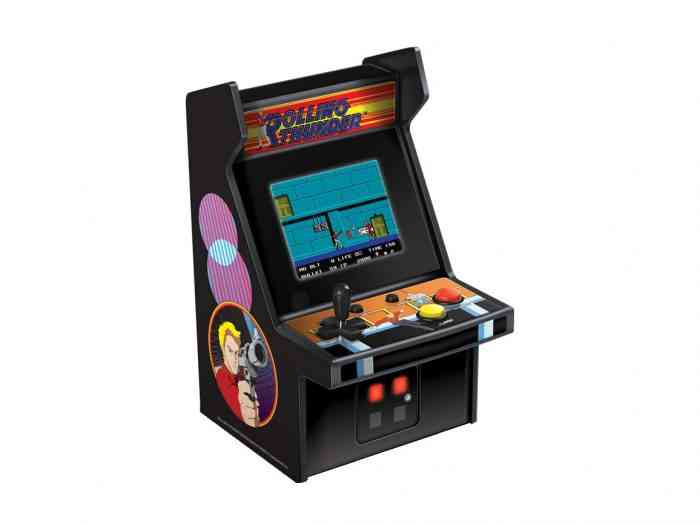 Rolling Thunder is a sidescrolling shooter where you play as an agent named Albatross, who’s on a rescue mission to save his fellow agent, Leila Blitz. He can jump and shoot enemies but the movement with the joystick is pretty stiff. If the joystick isn’t your thing then it can be detached and the d-pad can be used instead.

The game itself is pretty unremarkable but seems like a decent time waster. But, due to the bulky design of the Micro Player, I wouldn’t recommend taking it on the go.

***My Arcade’s Micro & Pocket Players provided by the publisher***

Ziggurat Is Leading A 3DO Revival

Star Wars Episode 1: Racer Comes to PS4 & Switch in May
Next Modern Warfare’s Gunfight is One of The Best Modes in Franchise History
Previous 10 Awesome Games to Play Before the Summer Is Over