Interview with Dream Daddy Co-Creator Leighton Gray: Meme Theory and How to Write Games for the Internet

If you’ve been on Twitter, Tumblr, or Youtube in the past year, chances are you’ve heard of Dream Daddy—or at the very least, you’ve seen one of the thousands of memes and fan art that have sprung forth from the game, each fully formed like Athena from Zeus’ cranium. This instance of viral marketing (coveted by every corporate Twitter account out there) was no accident, as it came from a deep understanding of the Internet and its humor that could only come from someone who grew up on it. Before her talk at last week’s Full Indie Summit in Vancouver, I spoke with Dream Daddy co-creator and co-writer Leighton Gray to discuss the process of writing diverse and memeingful games for the Internet.

Lydia Tang: Could you tell me a bit about your background first? How did you first get started in writing for games?

Leighton Gray: “I was a student in art school studying sequential art, which is comics and illustration. I had never really written before this game—it was just something that I fell into when co-creator Vernon Shaw and I went to Disneyland. While we were there, I offhandedly mentioned as a joke that I’ve always had this idea of a dating simulator where you play as a hot dad who romances other hot dads. He works for Game Grumps, and he said that they had been trying to make a video game and that it sounded perfect. Neither of us had made a game before, so I think a core part of game development is trusting other people to know how to do what you don’t know how to do. It all just kind of fell into place for me.”

Tang: How has your own understanding of the Internet helped you in writing or marketing Dream Daddy?

Gray: “That’s what my talk is about! [laughs] Having grown up on the internet and being partially raised by the Internet, I think I have a pretty good eye for what people are into. One of the guiding concepts for writing this game and the way that we approached the marketing and the designs was understanding the current art and philosophical movement we are in right now: meta-modernism, which is a response to post-modernism, which was a response to modernism, on and on. Basically, meta-modernism is a movement pretty much defined by ironic detachment with sincere engagement, which we always like to refer to as sincerity wrapped in cynicism. There are a lot of different subsets of meta-modernism and what that entails, but basically, it’s the source of all Internet culture and the communal sense of humor. It’s all based on being sincere deep down. A [Jerry Saltz] quote I use in the talk is, “I know that the art I’m creating may seem silly, even stupid, or that it might have been done before, but that doesn’t mean this isn’t serious.” That informed a lot of what we’re doing. When you’re writing for the Internet, by directly referencing things from the Internet you’re going to date your game. It’s not going to work just based on how long it takes to make something, so it makes you look horrifically out of touch. What you have to do is understand the sensibilities of what people like and write adjacent to that and draw inspiration from stuff like memes.” 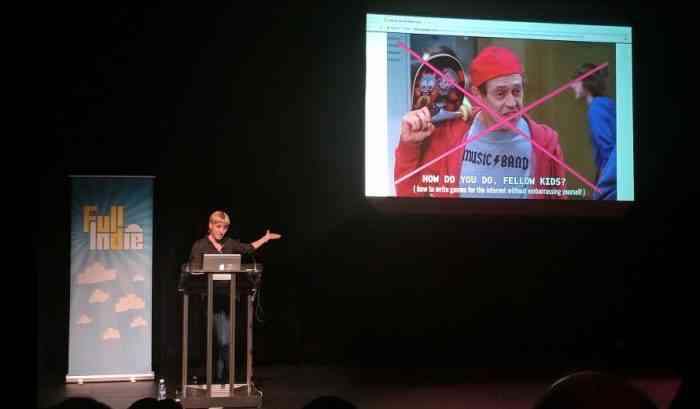 Tang: The Internet loves its jokey memes, but Dream Daddy can deal with some serious topics. How did you go about balancing that?

Gray: “I think we always looked at it like we’re going to lure people in with the promise of kissing dads and that sets peoples’ expectations low, and then when it does become meaningful, it’s sort of a bait-and-switch. Meta-modernism is defined as an oscillation between two poles: sincerity and cynicism. It’s like salted caramel, it’s salty and sweet, but they go together perfectly. I think the same thing goes with having a tone that alternates between jokey and serious because that’s what life is like.

Tang: I know that research and memes don’t often go together, but a lot of care went into making this game. What kind of research did you conduct before you wrote Dream Daddy?

Gray: “We talked to a lot of actual gay men, transmen, fathers, people with relationships with their fathers, whether those were good or bad, or completely absent. Again, trusting people to know how to do what you don’t know how to do. I read a lot of books about gay dads, the history of gay men in America, just to flesh it out—I actually read a lot of parenting books on how to be a good father. But it’s also just being familiar with Internet communities and what is successful, what people draw fanart of or write fanfiction of, what topics and characters people are most interested in and gearing everything towards that sensibility of encouraging people to interact with this property beyond the hours that they played it.”

Tang: What was the most challenging part about writing Dream Daddy?

Gray: “I would say the scope-creep of us wanting to do everything. Most of this game came together in about ten months, and we all wore many hats. As the co-writer, co-creator, and art director, I was also directing a team of artists and doing a lot of administrative stuff, so it came down to time management. As you know, we ended up having to delay the game because we had never made a game before [laughs], and didn’t know we were going to be hit with all these bugs last minute that we couldn’t fix. So I think that was the most difficult part—finally saying, ‘Okay, we have to stop fixing this forever, this is never going to get to a perfect state—this has to be good enough.'”

Gray: “[Laughs] I think I’m really good at masquerading as an older person. It was really helpful working on a team with a lot of people who were in their late 20s and 30s, being someone who just stopped being a teenager, because this game came out when I was 19. I know what kids like, and I have maybe three years max until I am no longer relevant [laughs] and I’m trying to get the most out of that as possible. I think the biggest challenge out of that would be—sometimes people would propose doing something and then I would have to convince them: ‘I watched this happen five times unsuccessfully and fans do not respond well to this thing, and here’s my evidence of fandom drama and why we should not do this,’ and sometimes it’s hard to explain stuff that is that complex to someone who is not as familiar with fan communities.” 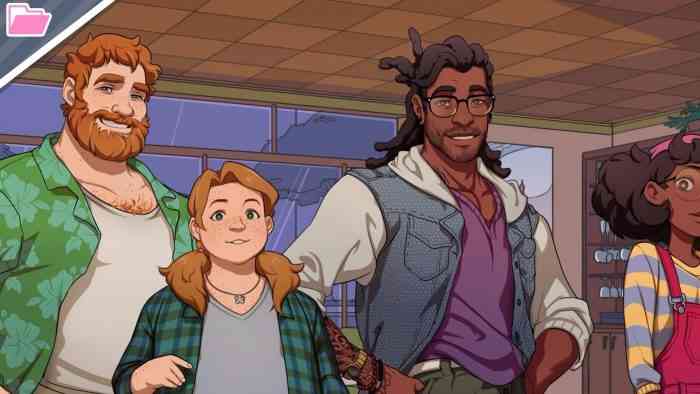 Tang: With social media, fans have better access to their favorite creators more than ever, often asking for more details on the story that was not included in the original work. How do you choose which of these questions to answer, if any?

Gray: “I don’t. Neither of us do, we’ve both been taking a bit of a sabbatical from social media since the game was released because we had no idea it was going to be this big, and honestly it’s super stressful to have so many people playing your game and wanting to talk to you about it. And that’s great and I’m so grateful for the community and their response, but it has been, through no fault of theirs, very mentally taxing [laughs]. And I don’t want to do the J.K. Rowling thing of like, ‘Oh, we meant for it to be like this’. There’s a great David Lynch quote that’s like, ‘When you put out a movie, everyone wants you to talk about it, but the movie is the talking,’ which kind of sums up how I feel about it.”

Tang: What advice would you give to aspiring game writers who also want to tell diverse and LGBTQ stories?

Gray: “Just do it! [laughs] But to expand on that, do research and talk to people. It’s one thing if you’re a person and you want to write about your experience, but if you’re not a member of one of those groups, there’s definitely a danger of—you don’t want to be speaking over the actual groups you are writing about. So make sure you’re not just talking to somebody once. Have a conversation about it, an ongoing dialogue of, ‘Does this work, what’s your experience, how does this relate to you?'”

This interview has been lightly edited for clarity and brevity.

Dream Daddy Review – Be the Daddiest Dad You Can Be