If you own a Nintendo Switch, you are probably used to dealing with some minor gripes. Though the Switch is an awesome piece of hardware, a few things like the wonky kickstand and awkwardly placed charging port stick out in an otherwise unique and solid console. Another feature missing from the Switch that should be commonplace nowadays is the ability to connect Bluetooth devices such as headphones. Sure, the Switch has a standard headphone jack built-in, but many people have already gone full wireless and don’t have much use for it, or are forced to use an older, inferior pair they have laying around. 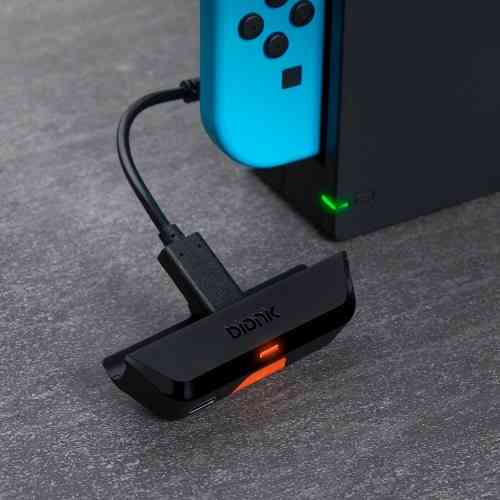 Thankfully, gaming accessory company Bionik has you covered with the BT Audio Sync. Essentially, the Audio Sync is a nifty device that can either plug directly into your Switch, or into the dock via an adapter, and allows you to sync nearly any pair of Bluetooth headphones to the Switch. Though somewhat niche in nature, the Audio Sync will undoubtedly be quite useful if you use Bluetooth headphones as I do.

The design of the Audio Sync is fairly barebones but is shaped so that it slots into the Switch nicely without adding too much bulk. It is made of lightweight plastic so you can’t be too careless with it, but it’s sturdy enough to not break down in a few months of use or if you travel with your Switch often. The main issue I have with the design is that it renders the kickstand utterly useless while it’s connected. This sucks if you are sitting on a plane and want to pop open that kickstand and play some games or watch Hulu without bothering anyone around you, but the Switch’s kickstand is so flimsy, to begin with, I can’t think of a way to add anything to the bottom without messing up the balance. On the plus side, the Audio Syn includes a port on the outside so that you can still charge the Switch with a device plugged in, which is a thoughtful inclusion. 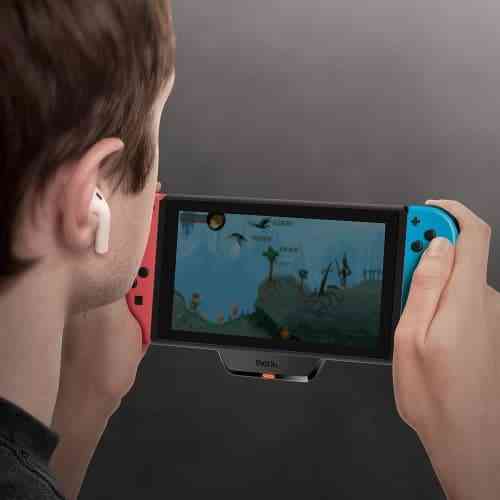 But let’s be honest, what matters most is how well the thing works, and it works great. There is only one button and holding it down for a few seconds puts the device into pairing mode. From there, you just do the same on whatever headphones you want to use and bam! Just like that, it’s good to go. Both the headphones I tested with the Audio Sync paired without any problems, including my Apple AirPods, which are known to be troublesome when pairing to non-Apple products.

At around $40, the BT Audio Sync may be a bit steep for some, but you will only be buying it if you can’t go without Bluetooth headphones as your main source of audio. In that case, they fill the niche perfectly and function well. Hopefully, Nintendo (and all gaming consoles for that matter) will start to integrate universal Bluetooth connectivity in the near future, but until then, it’s nice there are options like the BT Audio Sync to help make up for those missing features.

Build-A-Bear is Releasing a Third Animal Crossing: New Horizons Plush This Summer
Next 10 Awesome Games to Play Before the Summer Is Over
Previous 3 Up, 3 Down – The Best (And Worst) Games From July 2019