From Humble Beginnings to Millions of Followers, Jessica Nigri is More Than Just the Queen of Cosplay

World-renowned cosplayer, Jessica Nigri, is kicking off 2018 with her very own documentary, “Becoming Jessica Nigri”. This in-depth doc gives the world a glimpse into the life of Jessica Nigri and her amazing cosplay career through a series of interviews with Jessica, her parents, and her boyfriend Ryan. The documentary provides a first-hand look at her process while she designs her latest cosplay for the upcoming Blizzcon. Throughout the documentary, we learn about Jessica’s upbringing such as the impact her parents had on her, her meteoric rise to stardom and the bullying she dealt with when she came to America at a young age. The documentary delivers some excellent insight into the world of cosplay – perfect for aspiring cosplayers – and a must watch for fans of Jessica Nigri. “Becoming Jessica Nigri” debuts on January 26th, 2018, on Rooster Teeth’s streaming service, FIRST.

Earlier this week, we had the opportunity to have a one-on-one interview with Jessica Nigri where we discussed a whole manner of topics, including the documentary, her cosplay career, and video games.

COGconnected: So, you have a brand new documentary called “Becoming Jessica Nigri” which gives us a glimpse into your life. How did this documentary come about?

Jessica Nigri: Rooster Teeth has been a huge part of my life for a very long time and it just seemed like a natural progression after working on RWBY. They approached me and I’ve never felt more “hashtag” blessed in my entire life. It’s truly an amazing experience.

COGconnected: The one fascinating thing that really stood out for me was just how supportive your parents are. Your dad even helps you with your Patreon. Tell us about some of the other ways your parents have supported you in your cosplay career.

Jessica Nigri: Without any hesitation, my parents will tell me if they are uncomfortable with something. I’ve always stayed true to their feelings and if something has made my mom uncomfortable or my father uncomfortable, they’ve always mentioned it. They have kept me on the right path. It’s really grounding to have parents that are still willing to parent me as an adult even though all these crazy things are going on in my life.

COGconnected: Apparently, your dad is a huge Star Wars nerd, what did he think of The Last Jedi?

Jessica Nigri: He did. He liked it, he loved it. My dad has seen the first Star Wars 173 or 4 times in the theatre. Anything that comes out that’s Star Wars, he’s always going to be a diehard fan. He liked the first reboot better but he didn’t like Rogue One as much. 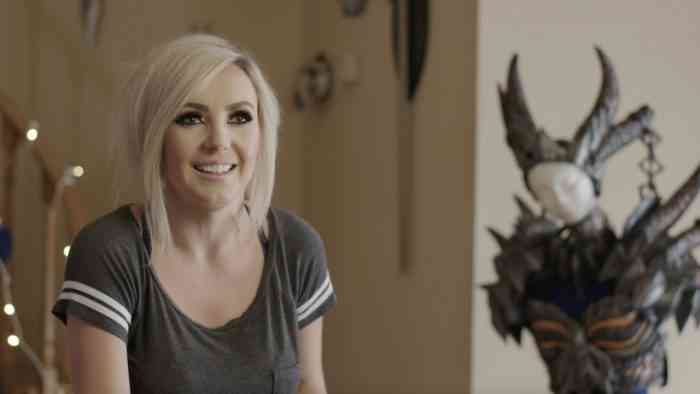 COGconnected: Another neat little fact I learned from the documentary, your mom had a role in one of the Lord of the Rings movies. If you could pick any movie franchise in the world to appear in, what would it be?

COGconnected: One of the James Bond girls?

Jessica Nigri: Nah, if there was a James Bond, but a female, like a Jane Bond, I would be Jane Bond. I could have Ryan dress up as a sexy man beast and I could do the whole Jane Bond thing with him.

COGconnected: Now, when I went to school, we didn’t have “Cosplayer” as an option for a career. What was the one career you figured you’d end up in before all of this happened?

Jessica Nigri: I really wanted to be a forensic scientist so I could wear a shirt that says I poke dead people.

COGconnected: You have a boyfriend, Ryan, who appears in the documentary as well. In a way, he seems to be more than just a boyfriend, and also a partner in your cosplay career by assisting you in many ways. How did you meet him?

Jessica Nigri: Oh my gosh, we met on Instagram. He had a full sleeve of Pokemon tattoos and we met through a mutual friend. We met and I loved his tattoos and it went from there.

COGconnected: Is there a particular cosplay of yours that Ryan really loves?

Jessica Nigri: He likes my Reinhardt.

COGconnected: Has there ever been a cosplay that Ryan didn’t want you to do?

Jessica Nigri: Ryan’s always been the most incredibly supportive human being ever. There’s nothing that, if I really wanted to do this he’d be like “Okay, what do you need from me” and I’d be like “I need emotional support and chow mein” and he’d be like “okay”. He’s an incredible human.

COGconnected: I imagine you’ve developed some really great friendships with fellow cosplayers over the years. I’m wondering, are there any cosplayers that truly inspire you?

Jessica Nigri: Kamui Cosplay with Svetlana and Benny, Yaya Han, Alyson Tabbitha, Punished Props. There are so many amazingly, influential people in this industry that are constantly inspiring me every day.

COGconnected: In 2009, your Sexy Pikachu cosplay went viral and your popularity exploded from there. With next year being the 10 year anniversary of that life-changing moment, is there any chance we’ll see that Sexy Pikachu costume or maybe a newer updated Sexy Pikachu look? 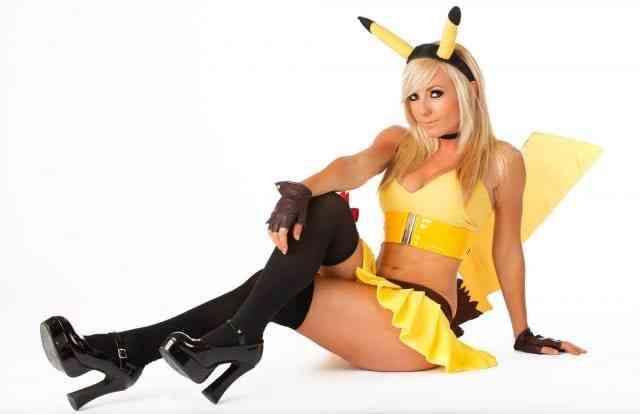 Jessica Nigri: I burned that costume in a ceremonial fire while we danced around it. It will never return.

COGconnected: I have a few questions from the team at COGconnected who weren’t able to join us today. Mario wants to know when was the exact moment you decided you would do cosplay for a living?

Jessica Nigri: There was a moment when I realized it was all or nothing, I had to go all in. I was balancing my job at Trader Joes and college and cosplay all at the same time. At the time I was in Japan, 10 o’clock at night, at sushi with Suda 51 and my job called me and said “hey, are you coming in for your 6 am shift, we need you to do grocery” and I was like “I’m in Japan, I can not come, I’m sorry”. So that was the moment that I had to push everything aside and go all in with cosplay.

COGconnected: Erin wants to know how you decide what your next character to cosplay will be?

Jessica Nigri: It’s really varying, maybe if I watch a show and just really identify with a character. Or maybe it’s a revisit of something I loved in the past that I want to reimagine. Most of the time its characters that I really care about and that I can connect with in some way.

COGconnected: Game that took you the longest to beat?

COGconnected: Name a few games that are on your “pile of shame”, games that you need to play but haven’t had time yet?

COGconnected: And that concludes our interview today, Jessica, thank you so much for taking the time to speak with me today. I wish you the absolute best going forward and I’m confident you’ll be inspiring future generations of cosplayers for years to come.

And that concluded our interview with Jessica Nigri.  Check out page 2 for a collection of some of our favorite Jessica Nigri cosplays.


These Cosplayers of TikTok Will Knock Your Socks Off