For years, BioWare has marketed the Dragon Age games as dark fantasy epics. They’re certainly fantasy and they do tend to involve epic quests, but how dark are they, really? Yes, the franchise does touch on racial inequality, systematic persecution, environmental destruction, world-destroying monsters, and even cultural genocide at times, but the player characters aren’t usually given the option to really participate in any of that. You’re not even subjected to it outside of certain backstory events. And the Darkspawn are no Lovecraftian horrors, we’ll tell you that. Dragon Age may be bleak at times, but trust us, we can think of RPGs that went much harder than this.

Don’t believe us? Here are seven RPGs we can think of that are darker than Dragon Age, ranked loosely by order of cosmic horror, existential dread, and sheer hopelessness. Be warned: here be spoilers!

Starting off with a bloody, bloody bang, Drakengard 3 tells the story of the Intoners: five maidens who used their incredible celestial powers to overthrow vile, corrupt leaders, end war, and unite the world. But you’re not playing as them. You’re playing as Zero, their ‘older sister’, the foul-mouthed, sadistic warrior dead-set on killing the other Intoners–no matter who’s in her way. This game starts with a post-apocalyptic fantasy setting which only gets darker as the seams begin to show. The world isn’t half as peaceful as it appears, the Intoners are struggling to hold things together with reality-warping songs that brainwash the listener, and Zero is unquestionably the hero of the story because if her sisters are allowed to live, their existence will doom everyone. Oh, and three of the four endings lead straight to outcomes so depressing you might cry. At least the rest of the game is dripping with dark comedy along with its Lovecraftian horror.

Speaking of dark comedy, Shadow Hearts is one of the funniest games to ever get under our skin. Unlike the brutal fantasy setting of Drakengard 3, this title takes place in a world recognizable as our own. You know, if skinned corpses regularly accosted travelers throughout the 20th century. Players follow Yuri Volte Hyuga, a snarky young man who can absorb the Malice of monsters to fuse with their souls, and who would really appreciate it if the voice in his head would stop demanding he do stuff. The first thing it orders him to do is save Alice Elliot, a young cleric being hunted by a man who needs her powers to save the world. By destroying it. Villains aside, the real star of Shadow Hearts is the grim, damp, and eerily grounded setting. It’s a world where the dead linger, grudges can kill, and god is an eldritch abomination that will destroy the world on contact, but it feels disturbingly plausible. Maybe that’s why the scene of a mentally-broken Yuri being forced to dig his own grave is so haunting.

Content warnings: murder, physical and emotional abuse, attempted genocide, a lot of religious horror, and the bad ending is canon. 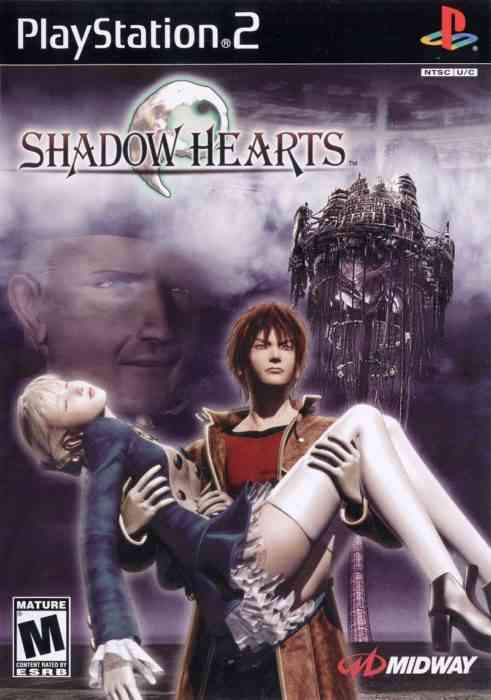 Before Persona 4 made it big with a coming of age story and Persona 5 became a classic tale of rebellion, there were Persona 2: Innocent Sin and Eternal Punishment. Eternal Punishment was more bittersweet in the end, but Innocent Sin was terrifying. The whole franchise falls into the urban fantasy genre rather than straight-out horror, but P4 tasked its teenage protagonists with trying to solve a murder mystery and overcome their inner demons. Innocent Sin‘s teenage protagonists have to kill their principal in self-defence and grapple with any rumor spread far enough coming true, all while being hunted by a supernatural masked madman determined to kill them for a sin they can’t remember. The ending sees the main villain, Nyarlathotep, succeed in murdering the protagonists’ beloved friend Maya and destroy the world in the process. All that’s left is one town floating in the void of space, a grieving best friend, and four broken teenagers who must erase their own identities in order to turn back the clock and keep this from ever happening. Ouch.

Content warnings: murder, Lovecraftian themes, teenagers killing people, Hitler gets resurrected for a bit thanks to rumormongerers, and the apocalypse is inevitable. Also, the protagonist is bisexual, which might be why Innocent Sin didn’t get translated back in the PlayStation era. Cowards.

Ah yes, the original Shin Megami Tensei: a happy game about high school students doing chores, making friends, and–OH GOD, A DEMON ATE YOUR MOM! This title came out in 1992 but only saw an official English release in 2014 for some reason. Possibly because the potential localizers took one look at a game that revolves around summoning demons, surviving an apocalypse of biblical proportions, and trying to decide between helping the followers of god or the allies of Lucifer, and decided that there was no way they’d get away with bringing it westward. Said official release was on iOS and no longer functional, but there are mods, which means you can still try–and fail–to stop things from falling apart. First, a corrupt general tries to lead a coup with demons, then the US nukes Tokyo to try and stop the demons from coming through, and then you’re transported to a post-apocalyptic future where demons run rampant and humanity is rapidly going extinct. Also, all your friends backstab you, the girl of your dreams is a stalker willing to dispose of all her rivals, and there’s another apocalypse coming no matter what you do. You’re still just a kid, and you’re going to die alone.

Content warnings: murder, genocide, body horror, religious horror, god is an evil bastard, people get eaten by demons, Tokyo gets nuked, all your friends betray you, the apocalypse is inevitable, and then you die.